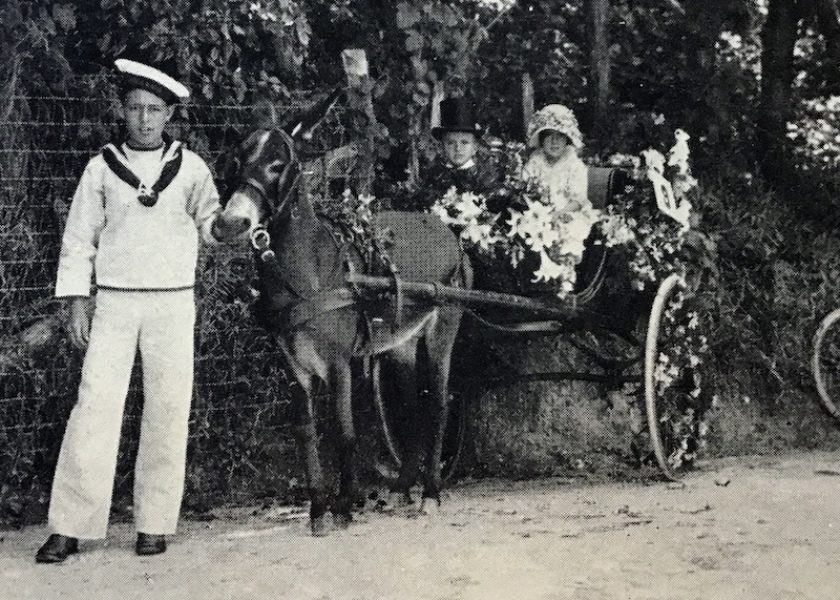 This article was taken from our archives. It reflects life in Bermuda in 1930, at a time when black Bermudians weren’t allowed to participate in events such as the floral pageant due to segregation laws. The article below details the events of Bermuda’s first flower pageant, and while we have chosen to include the full text from the original article, readers should note that where it says “Bermudians” what the author really means is: white Bermudians.

Saturday, April 26, 1930 was a red-letter day in Bermuda’s history. On that day Bermuda “said it with flowers” when it staged its first All Bermuda Floral Pageant.

Starting at the B. A. A. Field, the parade, headed by the red-coated riders of the Paper Chase Club and comprised of decorated floats entered by most of the parishes as well as many institutions and organizations, of carriages and bicycles, passed in front of the reviewing stand at the Hamilton Hotel, down Queen Street and thence to the Bermudiana Waterfront, where the “Queen of the Flowers,” Miss Carolyn Cooper, held court and where, after folk-dancing, prizes were distributed by His Excellency, the Governor, Lieutenant-General Sir Louis Jean Bols, K.C.B., K.C.M.G., D.S.O. 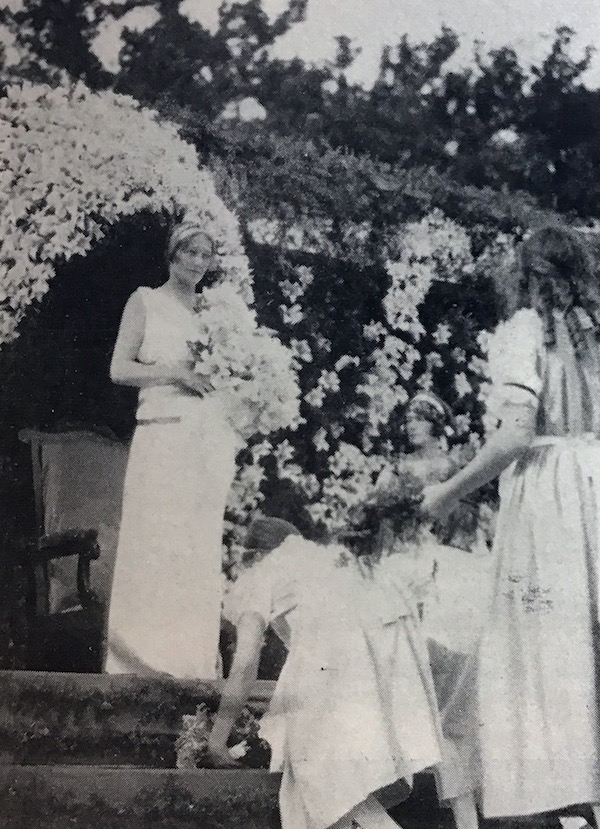