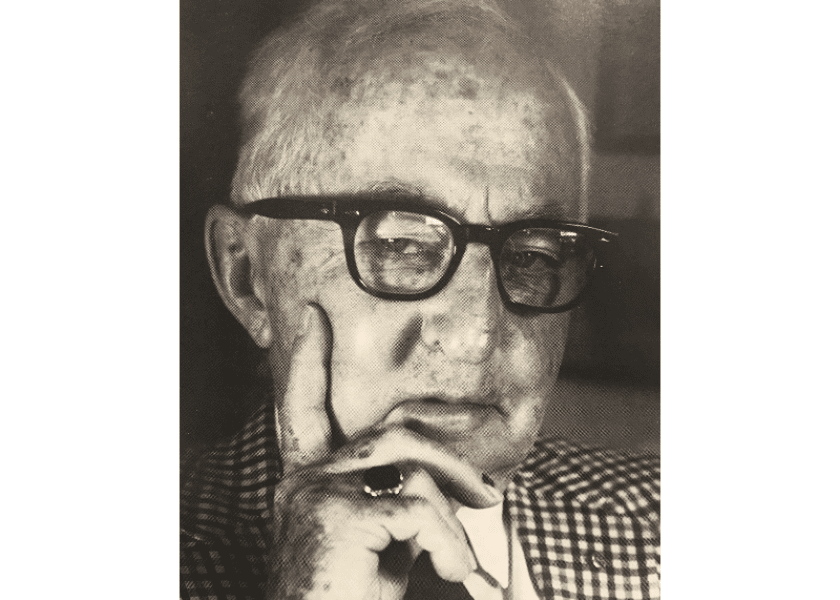 This article was taken from our archives. It first appeared in the December 1983 issue of The Bermudian. It appears here exactly as it did in print originally.

‘Twas the night before Christmas and all through the house, not a creature was stirring, not even a mouse…”

I can recall our early Christmases, gathered around a blazing fire listening to tall tales from our father about adventures in exotic lands. Our faces would glow in the dark as we stared into the fire with glazed eyes, our imagination running wild fired by the words of a born storyteller. Nearly always we would fall asleep before the stories ended – which they never did.

That was in my youth, barely a quarter of a century ago. What it must have been like fifty, or even seventy-five years ago at the turn of the century when Bermuda marched to the beat of a different drummer.

“I remember Christmas in the days when I was a child,” says white-haired L.N. “Dickie” Tucker. “It was so different to what it is today; Christmas was a religious feast – as it was intended to be.”

Tucker was born just twelve years before World War I, from which he was delivered an exuberant youth whose maxim may have easily been, knowledge through experience.

He wasted little time journeying in to the world, first studying theology in the United States, then working as a cook for the Royal Canadian Mounted Police. He finally turned to speculating in stocks before returning to Bermuda where he founded the Bermuda Sailors’ Home. He then became an undertaker.

And all this he did before he had even one white hair.

Tucker was one of five children born to Canon and Mrs. Arthur Tucker. His father was the Rector of St. Peter’s Church in St. George’s. Theirs was a different Christmas back in those days. Tucker’s father spent much of Christmas Day at the church, so the family celebrated their Christmas on December 24. It was an occasion relished by all, and preceded by months of preparation.

“The difference between Christmas then and now is that it is so much more materialistic today,” says Tucker, who turned 81 in November 1983. “In those early days we went without a lot of things,” many of which we didn’t even know existed. But we had plenty. We had each other, our families, friends and neighbors, and that seemed enough.”

Months would be spent preparing for Christmas in those days. Plum pudding would be made during the fall, and homemade presents started then also. And as the great day drew close the children would be asked to dig up the cassava root for cassava pie.

“Christmas started early when we dug up the root for cassava pie,” says Tucker. “We had to scrape the root and then cut it down the middle to remove the green vein, which was supposedly poisonous. We never proved the theory, but we received a lot of bruised and grazed knuckles from grating the cassava root.”

“We held Christmas dinner on December 24 because father was too busy during Christmas day. We invited neighbors to dinner and the table had to be lengthened, and a double damask tablecloth placed over it – the one we saw only at weddings and funerals.”

“Then came the tremendous task of decorating our home – Mission House in St. David’s Island. We would go over to the mainland and bicycle up to Holly Hill opposite Gibbet Island where we would cut holly. It wasn’t English holly with prickles, but it had red berries.”

“We also went out and cut down our Christmas tree. I shudder to think about it now, but if we didn’t like the cedar tree we cut first, we’d go out and cut down another. And then we would haul it home and put it in the drawing room with al the heavy furniture. We used small candles with clips for tree lights, and I still don’t know why we didn’t set ourselves on fire.”

“The Christmas turkey was purchased live and was in the backyard for the two days prior to Christmas before it met its maker. Then there were the vegetables and all the other food we had to prepare from scratch: there was no such thing as frozen foods in those days. Everything was fresh, except, perhaps for the plum pudding that had been made two months before. It was taken out and given a good shot of brandy.”

“For Christmas presents, we were given pocket money according to our age – the eldest received one pound, but I was lucky to get five shillings. We would go over to the mainland and see what the money could buy, and we also made presents we gave each other. The girls would start their embroidery months before Christmas. And then, of course, we would receive Christmas present packages from relations throughout the island.”

“The preparations were colossal, so arduous, so hard, and we were so very tired that by the time we sat down for Christmas dinner, we would be thoroughly worn out. And while we had enough chairs to go around my younger sister and I were made to sit on a bench. Our parents knew how to bring us up properly: here I am still alive.”

“After Christmas dinner, we would go into the drawing room and gather round the tree. We sang Christmas carols and opened our presents: there would be a tremendous feeling of family spirit, all of us together in that big old house. But it would be early to bed because father would be so busy the next day when we would get right down to our church business – our day of obligation.”

The religious overtones in the Tucker home were undoubtedly due to Canon Tucker’s influence. Indeed, they dominate Tucker even today. But the religious commitment was also then prevalent throughout the community, and was indicative of an age when different values prevailed.

“Christmas then was one of the biggest feasts of the church,” says Tucker. “We looked upon it as a church festival. It was very much like the American Thanksgiving. It was quiet, and we never went out to celebrate. Then we weren’t in such a rush. In our own way we had a lovely time.”