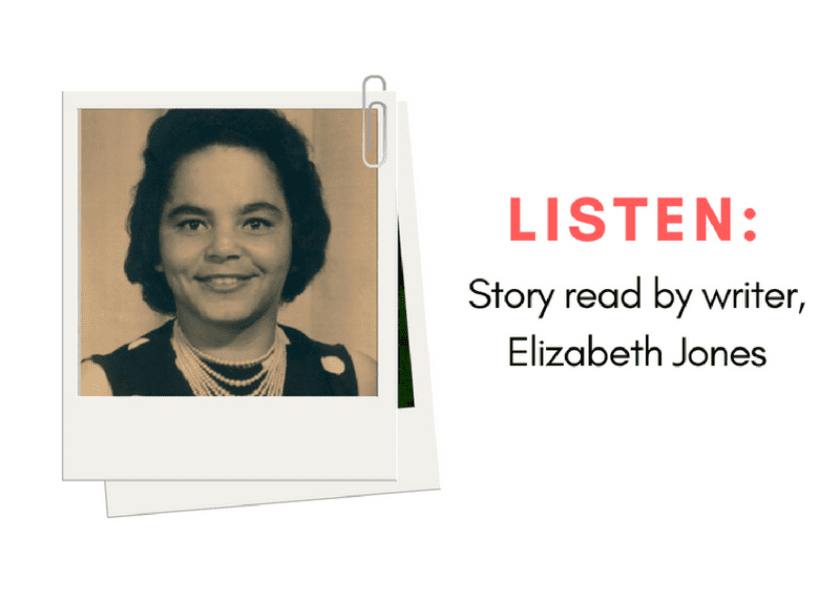 The Second World War brought change to the whole of Bermuda but nowhere was this truer than in St. David’s.

Destroying part of the coastline to create landfill and building the American base, complete with airport, not only irrevocably changed St. David’s landscape but also the lives of its people. Dolly Pitcher, born June 20, 1932, well knows this as she grew up with her family before the base was even thought of. Her grandmother, Irene Pitcher, lived in a cottage next door to the legendary Tommy Fox, who once climbed into the mouth of a whale, down its throat and into its belly to prove that it was possible for Jonah to have been swallowed by a whale. “He was known as the mayor of St. David’s,” Pitcher explains, “because he owned practically all of St. David’s and with the Haywards had the most farmland. He used to grow lilies and tourists used to call and take pictures. I used to love visiting him while he made arrowroot starch in his yard.”

But she herself lived with her parents, Sydney Pitcher and Joyce Pitcher (coincidentally her mother’s maiden name was also Pitcher) and her sisters, Amalina and Zita, otherwise known as Peewee. Their rented cottage was not far from where she lives now, just below the St. David’s Lighthouse. But whereas today many houses dot the landscape, then most of the area was farmland where people grew vegetables and kept livestock. “We had a cow, a pig, chickens, ducks, everything. And don’t forget my cats—I loved my cats. My father had a horse and box cart and that horse made the American newspaper headlines because some tourist took his picture and took it to an American newspaper.”

Vegetables, such as onions and potatoes, were packed in barrels and square boxes.

The lighthouse itself played a significant part in the Pitchers’ lives. It would be where she would meet her partner of 63 years, Jack O’Connor, the son of the lighthouse keeper, and where her son would be born. And it was where Pitcher’s parents met. “My father was a chef, my mother was a cook and they were there to cook for the people finishing the Newport Race.” But their relationship did not begin easily. “The St. George’s people never liked the St. David’s people and the St. David’s people never liked the St. George’s people. My father was from St. George’s and my grandmother beat him before she found out what a good man he was. I wouldn’t tell you what she said to him. ‘Leave my daughter the hell alone!’ My sister Amalina and I were born out of wedlock because she wouldn’t let them marry.”

But eventually the grandmother relented and the couple married when Pitcher was six months old. However, the antipathy between the people of St. George’s and St. David’s was also to affect the girls’ education. Until they were 13 they went to a one-room wooden school next to the AME Church in St. David’s. After that they were supposed to attend a school in St. George’s.

“My sister Amalina went to St. George’s school. She was in the bathroom and when she came out, a St. George’s girl kept pulling her braids and calling her a Mohawk. So my sister clenched up her fists and punched the girl and busted her mouth. The principal sent for her. He tried to strap her but she picked up a glass ink bottle and threw it at his head. She didn’t know if she’d busted his head or what. She was gone! She got the ferry and went back home. That’s why we never went to school.”

It was why, too, she explains, few St. David’s islanders continued their education at the secondary level. “They were very clever people even though they had no education. They knew how to build a house, that’s right, and a boat. They were masons, they were plumbers, they were everything. And everybody helped out. If you wanted a house, everyone pitched in to help. If you wanted a boat, everyone pitched in to help. People would sew and knit a lot. They’d make homemade mats, use old clothes to make rugs and cushions. Mr. Claude Pitcher made a lot of cedar furniture. And the Haywards, they were first-class carpenters. Some people even made their own coffins because there weren’t any funeral parlours in those days. One man made his own coffin, climbed into it and then couldn’t get out. His son had to get him out!”

Everyone had a little boat or a little wooden dinghy. In fact, before the coming of the base, her mother and grandmother would take it in turns to row over to Nonsuch Island, which then had a centre for delinquent boys, to do washing and cooking. “Cops would pick up boy burglars, and stick them on Nonsuch Island. I remember the first boy over there. He was called Sam. The keeper there was very wicked, he treated him like a dog. One time he pushed Sam into the prickly pears. And you know, if kids got put there at 9 years old, they had to stay there until they were 16. It was a shame.”

Her own childhood was different. Perhaps she inherited her love of fishing and cooking from her father, who, as previously mentioned, was a chef. “He was a chef—he was everything. He used to dive for conchs and he was the first man to make curried conch stew in Bermuda. He’d dive for mussels too and curry them. Before he met my mother he used to dive under the Monarch of Bermuda. He’d come up the other side and people would throw him money. He could swim round Ordnance Island in one breath!” She and her sisters spent many an hour on the beach that her grandmother and Tommy Fox shared (It’s still there although fenced off because of the airstrip).

“Our favourite thing to do was to go fishing. We went fishing off my grandmother’s rocks and we’d catch grunts and chubbs, any kind of fish and then we’d cook it outside. I was six when I started cooking. We had no oil, we’d use lard to fry the fish in. Often we’d start a fire on the rocks or back at the house. If we didn’t fry the fish, we’d boil it in big pots. And my sister would go to someone’s garden and take some potatoes and we’d cook those too.”

But there was time for games, as well. “We played hopscotch, marbles. Cricket and rounders—all of that. And everyone had a nickname. I was very close to my cousin, Alberta Pitcher, but everyone called her Bertha. My name is Dorothy but I’m always Dolly.” One nickname she laughs about is Leatherarse given to a boy “because he got so many licks from the strap. Then there was a guy called Takeiteasy.”

Sundays meant attending the Chapel of Ease Church when everyone dressed up. “But if the weather was good, we’d play hooky and go swimming instead!”

The local churches would sometimes have little fairs offering games and coconut stands, and Pitcher’s family would help out by making mussel pies.

“We never went hungry,” she remembers. “When my grandmother killed a pig or a cow or ducks and chickens, she’d always share the meat.”

There were two grocery stores—one by the Black Horse on St. David’s Road run by Roy Smith and the other on Southside run by Clarence Borden. “Sweets were my weakness,” she remembers. “I liked the peppermints—the black and white, red and white and the plain ones. And we always had cookies, cake or bread or cupcakes when visitors came.”

When the Second World War broke out, rationing became a reality. “Sugar, butter—everything they rationed, but my grandmother made her own butter.” The war also imposed other restrictions. “We had to be in the house at 8:00 p.m. and stay in darkness. We had wooden blinds to keep out the light. The British Army would keep a lookout from the Battery. They made my daddy go to court because he opened the door to get a bucket of water and they saw him even though he closed the door real quick.”

She recalls Irish policemen checking the neighbourhood for Germans. “They caught a lot of them. The German prisoners of war were put on Smith’s Island and my mother would row over and cook for them. They made her a beautiful cedar tray with butterflies on it and a glass top.”

But of course the worst consequence of the war was the huge sacrifice the St. David’s Islanders had to make with the coming of the base. “They took all the land. They gave the people with a house another house but those without houses of their own had to rent. Old people took it hard when they had to lose their land. A lot of them couldn’t take it. They were used to gardening. They weren’t used to a stone house, you know what I mean? Those people passed on—some of them didn’t even get to enjoy their new homes. My grandmother didn’t. She went to the hospital before they put her round Cashew City. She went to the hospital and she said she wouldn’t be back and she wasn’t. She wanted her home. She was used to going out and planting whatever she wanted, keeping her chickens. They took everything from everybody.

Famous for her irrepressible St. David’s spirit and stories, Dolly Pitcher was a key attraction at the annual Cup Match cricket game and at the county cricket games, thanks to her delicious fish dinners and mussel pies. Often she was assisted by chef Joe Gibbons and the late Sheila Gosling, whom she regards as “two in a million.”