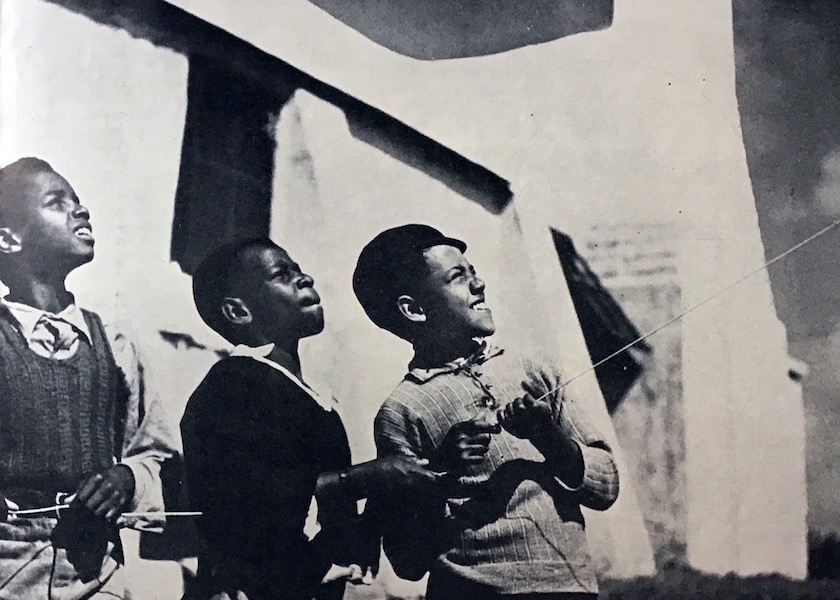 Kite-Flying is a Traditional Recreation in Bermuda at this Season

This article is from our archives. It originally appeared in the April 1957 issue of The Bermudian. It appears here exactly as it did originally.

This is the season for kite-flying in these islands. There will be mornings when visitors in the Colony will awaken with the impression that the bedroom is swarming with bees or monster mosquitoes, but that incessant buzzing comes not from insects but from the scores of kites being flown by children and grown-ups. Why kite-flying here is confined to the Easter season nobody seems to know but it is likely that it once had a religious significance as in New Zealand, where the Maoris accompany the ascent of the kite with ritualistic chants.

It is also the season of the lily, when the air is fragrant with the scent of the beautiful blossoms which adorn broad fields and wayside gardens. Thousands of boxes of Easter lily buds are shipped or flown to all parts of the world, for no matter how far they travel Bermuda lilies invariably arrive at their destination in good condition. On Easter morning they will bloom in all their flawless beauty on the altars of churches in London, San Francisco, Buenos Aires, and any other distant places, including perhaps the snow-bound churches of Alaska.