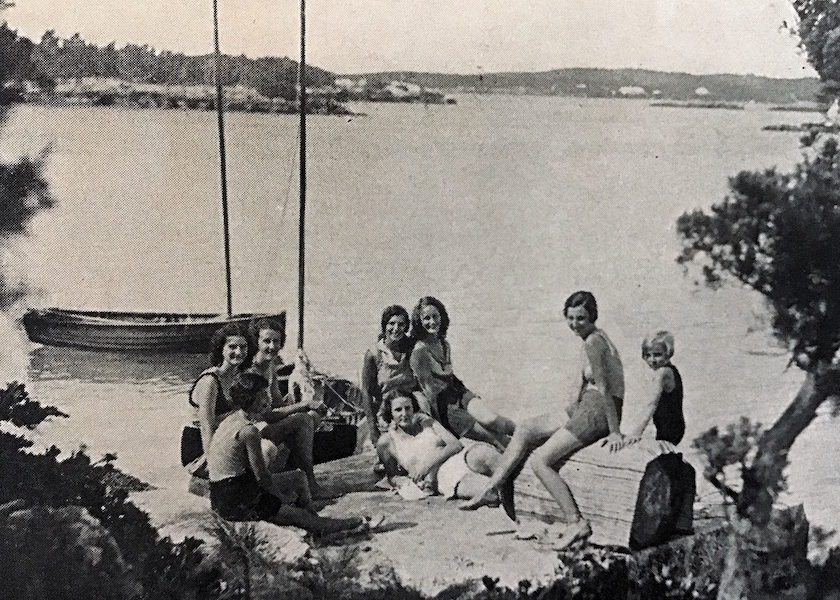 This article was taken from our archives. It first appeared in the October 1931 issue of The Bermudian. It appears here exactly as it did originally.

Fern Island becomes, every summer, a rendezvous for youth. Early evening brings to this small but well-wooded and beautifully situated island in the Great Sound, a crowd of girls and boys who are eager to leave the heat and dust of Hamilton for the cool breezes of the Sound. The number may vary from eight to thirty-eight, but no one save for those four or five listed for kitchen fatigue, is bound to any programme not conducive to his own enjoyment. There is swimming, sailing, canoeing, but pass by there any night and you will hear the soft strumming of ukeleles and guitars; and there are always a few let for fishing parties and usually at least one couple dancing to the music of the victrola. Everyone sleeps out-of-doors.