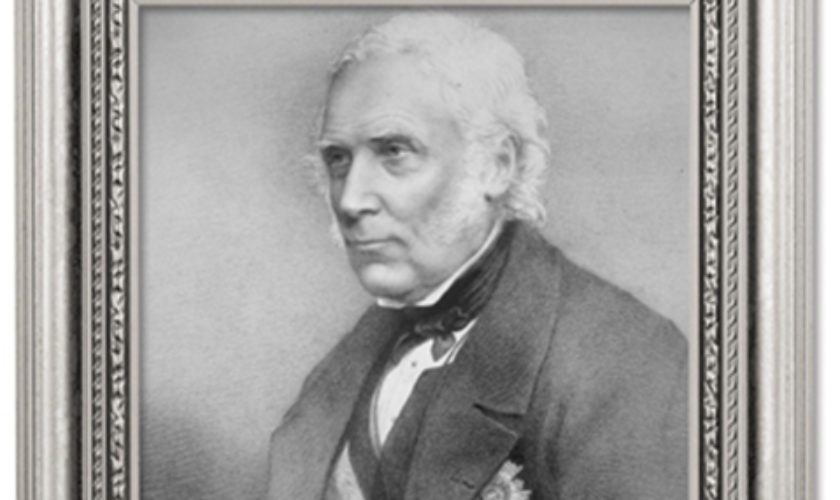 Governor Reid and the Law of Storms

William Reid was governor of Bermuda from 1839 to 1846; Bermudian historians refer to him as the “good” governor. He is associated with improving agriculture, founding the Annual Agricultural Exhibition, promoting education for all, founding the library, building the Gibbs Hill lighthouse and supporting charitable works. Indefatigable, excellent and beloved were some of the adjectives used to describe him.

He was also a polymath: a 48-year-old highly decorated war veteran, a qualified surveyor and military engineer, a meteorologist, a teacher and a member of the British Royal Society who, the year before coming to Bermuda, had published a book on hurricanes. The book’s full title was An Attempt to develop The Law of Storms by means of facts arranged according to place and time; and hence to point out a cause for the Variable Winds, with the view to practical use in Navigation.

His fame had already spread to the States. On his appointment as governor in December 1838, the Bermuda Gazette reported, “It is stated in the New York Papers that Colonel REID of the Royal Engineers, is appointed Governor of Bermuda. This is Lieut. REID, we presume, whose paper on the Law of Storms, was recently presented to the British Association for the advancement of Science.”

So how did this man acquire so many skills, and what had his life been before he came to be Bermuda’s governor?

He was born on April 25, 1791, the eldest son of James Reid, a Presbyterian minister of Kingglassie in Fifeshire, Scotland, about 50 miles north of Edinburgh and close to Glenrothes. He was educated at Musselburgh, a state-run grammar school just east of Edinburgh, and at the Edinburgh Academy in Edinburgh itself. In 1806, he enrolled in the Royal Military Academy at Woolwich near London. He graduated as a second lieutenant in the Royal Engineers in February 1809, and was promoted to first lieutenant the following year, when he joined Wellington’s army in Portugal at the age of 19.

The Peninsular (i.e., on the Iberian or Spanish/ Portuguese peninsula) War of 1807 – 1814 featured a series of sieges during which one side sought to dislodge the other from fortified towns. Consequently, the ability to trench, mine, undermine, build assault equipment, blow things up and build forts and bridges became key skills in the war’s prosecution. Lt. Reid, royal engineer, was in the forefront of these sieges. He and his fellow engineer Philip Wright were called by Wellington “Reid and Wright.” In April 1811, they participated in the first siege of Badajos, where Reid was wounded in the knee. The following January, Reid was wounded in the leg during the successful siege of Cuidad Rodrigo. Surgeons never extracted the musket ball, making Reid, had he lived in our times, liable to set off airport alarms.

In April 1812, Reid was in the trenches at the third siege of Badajos. His commanding officer, Sir Richard Fletcher, recommended him for promotion to captain because of his “commanding merits.” The promotion was denied because no engineer had been so elevated. The class-obsessed British army of the time also believed that engineers – and Scots – were not quite gentlemen. At the siege of San Sebastian in July 1813, Reid was wounded in the neck and believed dead. However, his neckerchief had pressed into the wound, and when it was withdrawn, the bullet came with it.

Reid stayed with Wellington’s army until the French were driven from Spain. The army sent him to the United States in July 1814, where he took part in the January 1815 Battle of New Orleans and where his friend Wright was killed. After his retirement from active service, he was mostly unemployed in the 1820s, except for a short spell working on the Ordnance Survey of Ireland.

In December 1831, he was sent to Barbados in order to repair government buildings damaged by the catastrophic hurricane of August 1831, in which some 1,477 lives were lost. During this time spent in the ruins of Barbados, Reid took an interest in the nature of hurricanes and was determined to understand them better. Local histories were no help, because they described damage and loss of life and property but provided little meteorological data.

Help came from an unexpected quarter. In 1831, William C. Redfield of New York published an article in the American Journal of Science about the Great September Gale of 1821, which had caused massive damage to New York and New England. Redfield recorded observations of trees blown over by the storm, noting the direction in which they had fallen. He followed the path of the storm on foot through Connecticut. Trees felled in the eastern part of the state pointed northwest; trees blown over in the western part “were prostrated with their heads to the south-east.” From this data, he concluded that the storm that had passed over Connecticut in September 1821 was a very large, anticlockwise-turning whirlwind.

The article was a conceptual breakthrough in the understanding of hurricanes, and Reid was certain that Redfield was correct. He started a correspondence, and although they never physically met, they became collaborators and friends. Reid set out to expand and corroborate Redfield’s ideas. He presented diagrams of what the “whirlwinds” looked like, and then showed what the experience of sailing through them would be like. He used the best possible source of hard meteorological data, which resided in the logbooks of British merchant vessels and Royal Navy ships that passed through the Caribbean and encountered storms. There were three things about this data that made it superior: first, the use of standard shipboard times and locations based on Greenwich Mean Time and the sextant; second, standard frequencies and formats for data recording enforced by naval regulations or insurers; and third, standard units of measurement.

Reid first analysed the movements and progress of HMS Blanche, a British naval frigate sailing from Cuba to Halifax during a hurricane in August 1830. Then he turned his attention to the Barbados hurricane of 1831 using a mixture of anecdote from Barbados, St. Vincent and St. Lucia, local journals, Redfield’s work, reports from the French ship Martial sailing from Le Havre to Martinique, and the log of the British schooner Duke of York sailing between Trinidad and Barbados. The result is one of the first visual depictions of a hurricane as seen from the point of view of a weather satellite.

Reid provided illustrations of the extreme and terrifying conditions that ships experienced. In the hurricane of 1837, the master of merchant ship Calypso describes how he and some of the crew cut away masts and rigging, saving the ship: “…fourteen men and myself got over the rail between the main and mizzen rigging, as the mast-heads went under the water: the ship was sinking fast; while some men were employed cutting the weather-lanyards of the rigging, some were calling to God for mercy; some were stupefied with despair…” The Neptune underwent a similar near-foundering experience in the Indian Ocean in 1835.

Reid roamed farther afield and across time, using his growing collection of data to report on Southern Hemisphere typhoons as far away as Mauritius and Java and to examine those occurring some 50 years in the past. Two other conjectures about storms emerged as Reid’s narrative unfolded. He speculated that the storms in the Southern Hemisphere would be a mirror to those in the Northern Hemisphere, revolving clockwise. In this, he was completely right. The second proposition was that the origin of storms was electrical or magnetic. He had hollow iron spheres, covered with cop
per wire attached to batteries, made at Woolwich in an attempt to simulate hurricanes as they developed, but the results were unclear and subsequently found to be false.

The Law of Storms was published by John Weale, a specialist engineering publisher, and was an immediate success. For the first time, people on land or sea were armed with predictive knowledge of an imminent hurricane, and therefore they could take appropriate shelter or adopt the correct tack to minimise danger. Honours accumulated for Reid. In 1838, the army made him a Companion of the Bath (C.B.), and in January 1839, Reid was elected a Fellow of the Royal Society. He had overcome the snobbery and class prejudice that had blocked his promotion during the Peninsular War.

On April 16, 1839, the Bermuda Gazette reported his arrival:

“The merchant ship Barlow with his excellency Colonel Reid, C.B., our newly-appointed Governor on board, came to at Murray’s Anchorage on Thursday last, after a tedious passage of 51 days from Portsmouth.”

Five months after the new governor’s arrival, Bermuda was struck by a hurricane on the oddly prophetic date of September 11. It was the first major hurricane of the century, causing catastrophic damage, but no lives were lost. Since Reid’s theories enabled people to predict the direction of wind in a circular storm and take appropriate shelter, it is not too fanciful to think that the positive outcome was due to the governor’s The Law of Storms.