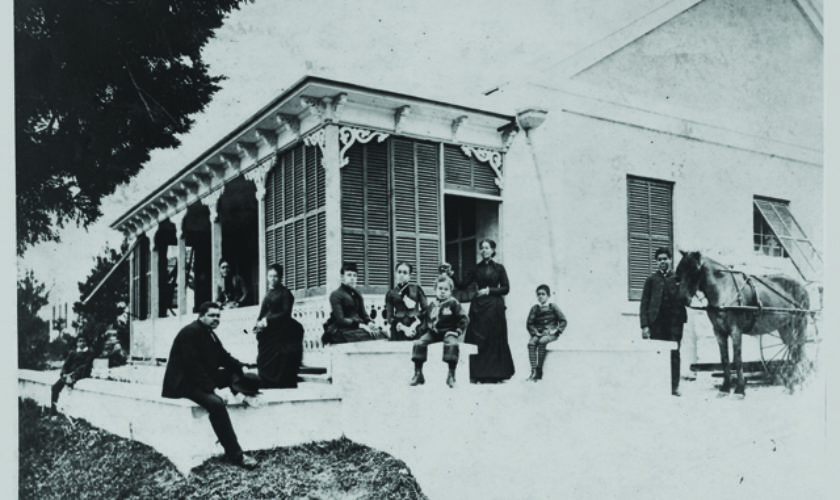 Hamilton- Town and City: A Review

This volume, the seventh in the series about Bermuda’s nine parishes and its current capital, must rank high on the list of achievements, and may be the best yet.  Certainly it has all the convolutions of a Victorian drama.  There are heroes and heroines; dreamers, financial daredevils, and family dynasties; enterprising foreigners play an important role. Inherited wealth and borrowed money each contribute to the development of this vital town, turned city—Hamilton, Bermuda’s capital.

Dedicated to the memory of the late David L. White, and mostly written by him, those who were responsible for the writing and research must be congratulated for the captivating content.  Every page brings a wealth of information, and the choice of photographs helps to graphically illustrate and complement this fascinating history of Hamilton.

It is hard to put this volume down.  Whereas it might be difficult to consume this treasure in one sitting, it is so engaging that even the casual reader will pick it up again and again to learn what comes next.  Can the planned road system overcome the huge blocks of Walsingham rock that stand in the way of commerce; can Burnaby Hill be surmounted; can the Pembroke Marsh and its waterways be overcome; who built the docks of Hamilton, and how was this achieved? Who put up the early capital?  Who were the architects who designed the buildings, many of which still stand, over a hundred years later, despite the predictable advance of “modern” architecture and the steady growth of international business?

The businessmen and women (and indeed many women, and seamen’s widows, who play their vital role), various governors, and even absentee landlords are identified in the growth of Hamilton. Did you know that there were many hotels in Hamilton a hundred years ago? Today there are none!

As one reads the text, and admires the sidebars and photos, it seems that one is carried along in an unbelievable saga.  The years, let alone the pages, simply sweep along; you are mesmerized by the plot and its characters.

One of the most interesting of the many facts in this publication is the incredibly important role played by “Bermudians of colour” in the growth and development of the capital of Bermuda.  This publication should put paid to the conventional wisdom of “the Forty Thieves.” Although many families who played a vital role in Hamilton’s history, and  whose drive, money and vision built the town are no longer in our social register, their contribution, let alone their bloodline, is exposed in this fascinating publication.

One interesting piece of trivia is the revelation that one street away from where I grew up in Hamilton are three homes, a stone’s throw from each other, that  produced five Rhodes Scholars between them; each of the three families was unrelated. Quite a record for one Hamilton neighbourhood!

Hamilton: Town and City is a “must” for anyone interested in Bermuda history and the story of the embryonic years of its present capital.

The photographs contained in this volume are simply captivating, and will draw your attention again and again.

This work is a truly excellent read.