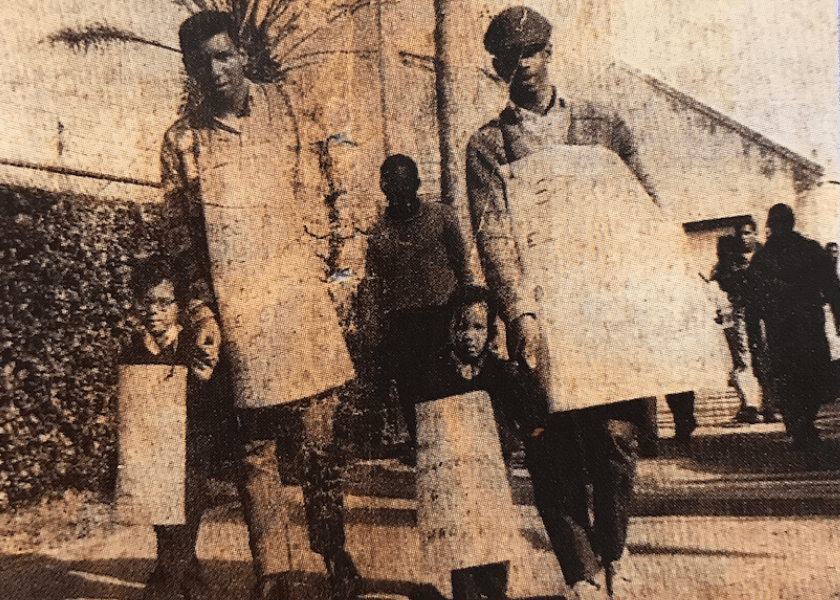 This article was taken from our archives. It first appeared in the December 1999 issue of The Bermudian. The author, C. Walton Brown Jr. was a former government minister who worked tirelessly throughout his life to advocate for social change in Bermuda. Walton Brown Jr. died suddenly on October 8th, 2019 at the age of 59.

Perhaps the most important aspect of the Bermuda Workers Association (B.W.A.) is that it represented the first organised resistance to the old oligarchy, which had ruled the island since the 17th Century.  Under the charismatic leadership of Dr. Edgar Fitzgerald Gordon, the B.W.A., founded in 1944, would go on to provide the template for all the major social and political reforms necessary to bring Bermuda into the 20th Century – political democracy, racial desegregation, free education, for example – and challenge the dominant elite, the Forty Thieves.

The power of B.W.A. was immediately apparent to the vested interests, who responded to this force with calculated accommodation.  Ensuring that trade union legislation was passed and thus allowing for the legal existence of trade unions to better promote workers’ rights was an immediate goal of the B.W.A.  But the oligarchy wanted such legislation to better control this nascent expression of labour sentiment.  When Parliament did pass such legislation allowing for trade unions in 1946, it was based on outdated 19th Century British law, which gave unions limited rights: a union, for example, would not be able to fund a political party or publish a newspaper, both of which were the intention of the B.W.A.  As a result of this legislation, the Bermuda Industrial Union was founded in 1947.

Labour did not limit its activities to trade unions’ concerns and in 1946, the B.W.A. petitioned the British Government, as the colonial administrator, to send a Royal Commission to Bermuda to examine the social condition of the people.  While this request was turned down by the British, the new Labour Government did instruct the Bermuda Parliament to examine the issues raised in the B.W.A. petition and to respond formally in a policy statement.  Perhaps not surprisingly, local parliamentarians saw little validity in the issues raised.  Two of the most salient demands for change – involving racial desegregation and political democracy – would be taken up by other movements in later years.

The death in 1955 of Gordon – a dominant figure in Bermuda, and in the labour movement specifically – brought with it declining fortunes for the B.I.U. and labour in general.  At one point, total unionized membership dropped to below 20 souls.

A few years later though, in 1959, the power of the union was seen on the docks, that recurring battleground for the contest between capital and labour.  Then, as today, the docks are vitally important for a country heavily reliant on imports for virtually everything.  Workers downed their tools over concern about the employment implications of new technology, designed to ease the movement of goods along with related issues.  Management responded by bringing in non-unionised labour.  When the spectre of violence threatened to take the dispute down a path where all would suffer, it was divisional leader of the dock workers, Joe Mills, who brought calm back to the situation.  But the lion had roared.

Legitimisation of trade unions would come in 1965, a year that saw the bloodiest labour incident in Bermuda’s history.  The union movement actually lost this battle, but went on to win the war over recognition of their role as legitimate bargaining agents for workers.

The Bermuda Electric Light Company strike was ostensibly a consequence of a quest for union recognition by certain employees at the monopoly electrical power supplier and the refusal of management to recognize them.  In reality, it was about the oligarchy – many of whose members comprised the board membership of BELCO – drawing a line in the sand regarding trade unions: they did not want them and were prepared to fight.  The B.I.U. also saw this as a struggle for legitimacy and, indeed, its very survival.

Workers flocked to the Serpentine Road site of the Bermuda Electric Light Company to demonstrate their support for their fellow workers and the police were there as well.  A number of violent incidents ensued – a policeman was left permanently disabled – and the B.I.U. Secretary-General, Dr. Barbara Ball, was arrested along with a number of other union members.  Ball was eventually cleared of charges, but four were convicted and sent to jail.  Workers at BELCO eventually joined a rival union formed within the company, effectively locking out the B.I.U.  The B.I.U., then, lost this battle.
The trade union movement in 1965, however, won something far greater – and that was legitimacy.  They were now respected as a legitimate agent for workers for no one could ignore the fervor with which workers pursued their goals during the BELCO riot.  When the hotel workers sought union recognition a short time later, it was granted by management without any resistance.  By the late 1960s, trade union membership was growing steadily.
The B.I.U. became a powerful force in the 1970s and 1980s, achieving significant gains for Bermudian workers.  By the 1990s, however, with restructuring of the global economy, the power of the trade unions had begun to wane both internationally and in Bermuda.