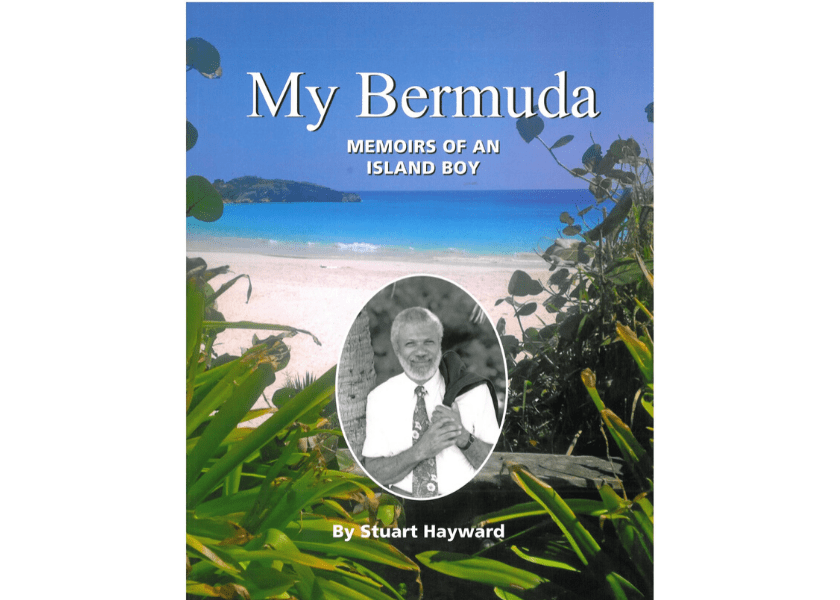 Life at the Tech by Stuart Hayward

Stuart Hayward contributed a monthly column to The Bermudian back in the 1990’s. Although it was over thirty years ago, his memories of growing up in Bermuda are timeless. Mr Hayward wrote Life at the Teck in May 1991.

My stint in a Grenada boarding school didn’t provide much formal education. What with a devastating hurricane shortly after I arrived and my running away from the school and living on my own for several months, most of my education there came from the streets.

I was extricated back to Bermuda shortly before the Bermuda Technical Institute (the Tech) was to open.

The Tech was a magical place. It had no history of tradition to stultify it. Exploration of the many facets of learning took us sometimes far away from ‘education’ but put us immediately in contact with knowledge.

Many of us boys at the Tech were rejects from other schools. Some had difficulty with academic material, some had general difficulty learning, some were troubled souls and some, like me, were misfits.

Neither the school nor the students were rich, so often what we needed had to be made by ourselves. Those early years, 1956 – ’59 saw the advent of reliable mopeds. A boys began acquiring bikes, the school went through a policy search. Should bikes be permitted or banned? Should there be rules about riding on school grounds or leaving the grounds during recess? Should the local school enquire whether a bike rider was of legal age to ride — and so on.

At the Tech, we were involved in solving the problems. We drew up a code and decided to build our own cycle shed at the back of the school. The agreement was to leave the bikes parked there during school hours. We designed the cycle shed and drew up plans in our Technical Drawing class. Every Thursday afternoon we did ‘site work’ — designing clearing, digging, carpentry, masonry — every facet of the cycle shed was done ourselves.

The drawing boards and tee-squares we used were made ourselves in wood-work class.

We learned welding and tempering of metal. We studied geography and map-reading. And when we learned about surveying and map making, there was no money to buy the essential precision surveying tool, a theodolite — so we made our own.

One of my most validating memories came from figuring out how to accurately scribe the individual degree marks for the theodolite’s bed-plate. The process involved a simple but wholly unorthodox use of a machinist’s lathe.

We made the tools which enabled us to make other more sophisticated tools. This was the first time in my school life that learning was a challenge rather than a chore.

But there were penalties for being young and bright. For one thing, I wasn’t very diplomatic about correcting the mistakes of others. At the same time I was too clever in defending my own.

One incident involved the geometry teacher, who made an error in working through a problem on the board. My tactless self piped up that he’d done it wrong. We’d clashed before and the teacher couldn’t stomach the criticism. He became so incensed he went at me with a piece of cedar wood. I don’t recall the details — isn’t it funny how memory can blot out painful experience — but as a result of losing his cool, that teacher also lost his job.

Mostly we had good teachers — Clifford Maxwell, Vivian Sweeting, Ken Clegg, Mr. Usher, Mr. Castle. Mr Clegg was the classic spit-and-polish teacher. He taught Geography and Chemistry and in his classroom, lab and notes were as orderly as the Periodic Table. The stools in his room had exact places at the benches, even when we were seated on them. He dictated notes and we wrote them down verbatim. He was strict, precise and humourless. His style was to give a lad one chance, with a warning, and then “Out you go!” But he knew his stuff and we learned what he taught.

The best of the teachers in my book was Sid Rumbelow.

Now Mr. Rumbelow was everybody’s cup of tea. He was blunt with language and had the elegance of a boxer — which he had been at one time. He didn’t tolerate stupidity very well but he cared deeply about developing young minds.

Who knows whether I was under the influence of bursting hormones or hard times at home or was just unmanageable. If there was a rule, I was likely to run afoul of it. I would arrive late, be in places other than where I was due at the time, and highly prone to talk back. Mr. Rumbelow must have given me a zillion chances and I still bucked the traces. Finally I was suspended.

When I was allowed to return, Sid took me aside and spent a whole morning drumming into my hardened head that I had the smarts to be in front of whichever pack I chose. The choice was mine, however, whether my talents were directed towards mischief and rebellion or toward progress and excellence.

Like no one else before, and few since, Sid Rumbelow helped me to consciously choose to direct my energy on constructive pathways.

It wasn’t like I had been deliberately unruly, I just wasn’t making any choices. I wasn’t making decisions based on anything other than a whim. Uncontrollable; not self-controlled — I was out of control, period.

What a transformation. It is difficult to express the heady sense of power that came with choosing to do right. Instead of blurting out my spontaneous thinking to a neighboring classmate, I chose to wait until the class was over. Instead of wisecracking the teachers’ comments, I chose to keep my mouth shut. Every class found me where I was due; homework assignments were attempted if not completed. I became somewhat of a model student.

I earned the privilege of private tutoring in Chemistry and Physics. During after school hours and even on Saturdays I covered academic ground unavailable during class time. After graduating from Tech at the top of my class, I went on to university.

I wasn’t the only one. Nearly every one of the boys in those early years at the Tech had been abandoned by schools in the established education system. Nearly every one of them confounded the conventional wisdom that they were failures. Herman Basden, Reg Minors, Renton Bean, Robin Simmons, Collin Simmons, Lionel Cann and many others. They all learned anew to expect success and thereby achieve it. There’s a lesson in education here.

I think I was fortunate to have had so many different school experiences. It was a miracle to have skated so closely and not fallen completely into that pit of destructive experience that captures so many of our most adventurous minds.

I see so many obviously clever young men and women who have run afoul of the rigid encagement that passes for education at so many of our schools. Somehow we must find and provide the blunt but caring teachers who can help them out of the traps we put in their path.