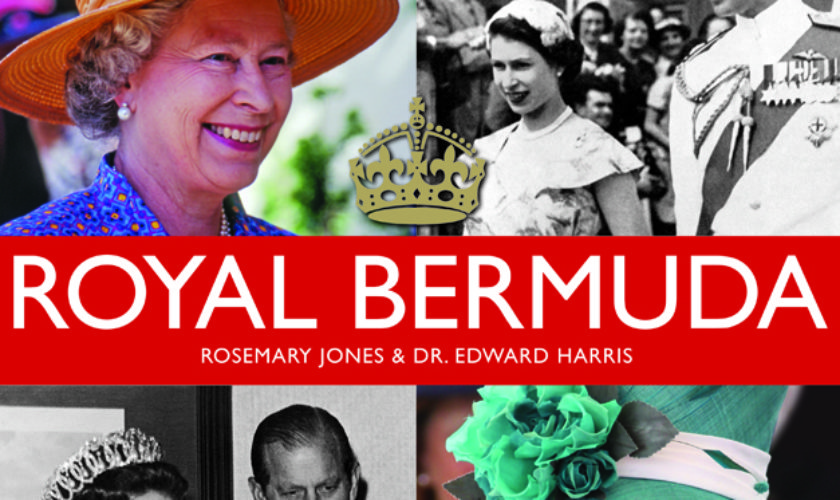 Bermuda’s 400-year-old links to the British monarchy are explored in a new pictorial edition published by the National Museum of Bermuda. The island counts itself one of the first—and last—British colonies or overseas territories, beginning in the era of New World exploration under the first Elizabeth and continuing through the reign of our present queen. The latter, who celebrated 60 years on the throne in June 2012, has visited the island seven times, including five official tours.

Royal Bermuda, by authors Rosemary Jones and Dr. Edward Harris, executive director of the National Museum, traces these ties from the first months of settlement in 1612 to the modern day. Along with a pictorial timeline of British monarchs, the book details the way royal favour, traditions, and even iconography—royal cyphers on postal pillar boxes or police officers’ buttons—have shaped Bermuda’s history and, indeed, still play a part in our daily lives.

The influence of British royalty on Bermuda’s maritime traditions is displayed, the role of yachts and liners such as Britannia or the Queen of Bermuda, for example, along with our military forces and fortifications. Royal Bermuda, produced by Brimstone Media, also examines various royal visitors through the decades, from Princess Louise to Lady Di, and takes a fascinating look at several serious local collectors of royal memorabilia. In addition, the book carries a full listing of Bermudians who have been recognised since the early 1900s for civil, diplomatic or military service with royal orders, honours, queen’s certificates or other awards.

But the heart and soul of the book focuses on the queen’s visits. More than 350 photographs from private and public collections illustrate a total of 11 chapters, with five devoted to the pomp and pageantry of her official tours of the island—in 1953, 1975, 1976, 1994 and 2009. Each chronicles a different point in time in Bermuda’s history, with colourful pages depicting the fashions and fervour of contemporary crowds who lined the royal routes with their children—or corgis. Are you in these photo spreads? The book invites a trip down memory lane to find out.

As Royal Bermuda indicates, Elizabeth II holds a special place in Bermudian hearts; her reign has spanned Bermuda’s own coming of age into the modern era, and her visits have allowed generations of islanders the opportunity to connect with her, if only from the flag-bedecked roadsides. Just as they savoured the spectacle, at least, of our proud royal heritage, many will enjoy the nostalgia of reliving Bermuda’s past through these pages—whether they are devout “royalists” or not.