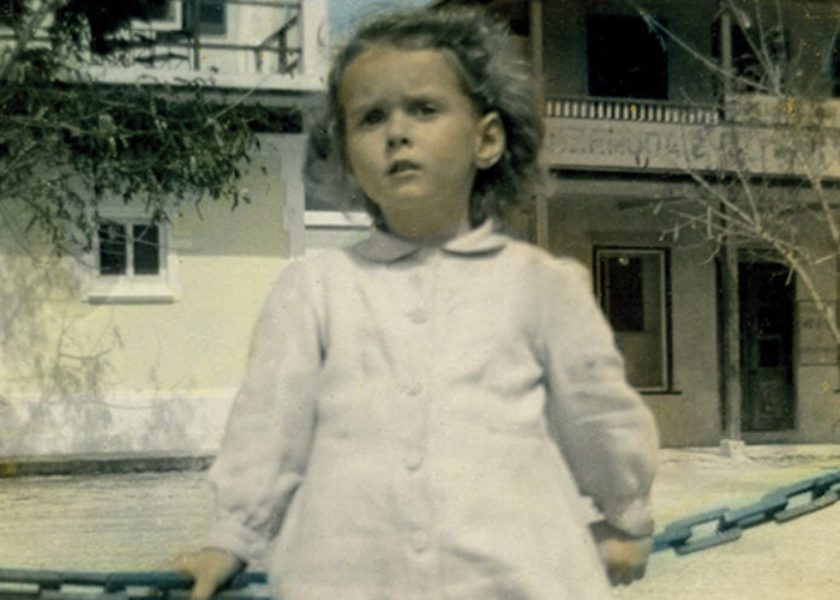 Sandra Rouja explores childhood memories of growing up with her Portuguese grandfather.

In the late afternoon, I drove to the land to check for ripe bananas and plantains, and to clean around the young orange and lemon trees. This done, I quickly crossed the small road to cool off in the bay 200 yards away. I love slipping into the water with a mask and flippers from the rocky shoreline overhung by trees and to surface in the middle of the bay to find myself alone. Am I the only one to enjoy this special aspect of Bermuda? The neighborhood children are fishing from the old wharf, but they do not swim from it as we did growing up, nor do they play around the shoreline in small punts enjoying the shade of the trees on the water, watching the small schools of fish doing the same.

Swimming in the bay revives me in more than just the physical sense; it refreshes my spirit and renews my sense of belonging to both the sea and the land. And it calls Vovo to my mind. In the summers of my childhood, I would leave our grandmother’s house to run down the hot road to the land where I would pick vegetables for our mother. The chore completed, I would choose one or two cucumbers or muskmelons and run across the road to the bay where I would drop them to cool off in a tide pool and go for a swim. Later, refreshed and happy, I would sit on the rocks and eat my salty melon or cucumber, the small schools of fish swimming around my feet after the seeds, the sun warm on my back.

Now as I float in the middle of the bay, I see and feel all of this around me, and I breathe deeply, pulling it back into myself over the surface of the salty water, feeding myself as it were on my memories, the space between then and now compacted, digested, passed through me, of little consequence. Only the sensation of the moment and the memory are real to me and so I feel eternally young and wise. The bay sings around me a silver mirror in which I see life.

In those days, Vovo lived in a shack overlooking the planting land and pond to the north and east and the bay to the south. Each of these elements lay no more than yards from the castle he built for himself of wood and tin. And a castle it was, for as there ever a more contented king? Certainly I did not think of him as such, even if my mother did say how much he resembled the late King George! To me he was just Vovo — my grandfather who spoke little English and who was an old man with a short white beard and thick white hair, who lived in a shack with his dog and planted the land. Depending on the time of day, I would find him either digging for planting, resting in the cool of his shack on his cot, or sitting on the bench he had built between two cedar trees facing the bay, smoking his pipe. The land he rented for £20 a year from old Mr Butterfield at the bank of that name. The shack he had built first for his tools, then added on for himself, finally finding the peace he never had through 40 years of Vovoa!

Since I did not speak Portuguese, and he little English, we had little to say to one another, and looking back I wonder what he thought or knew of me beyond my visits to the farm for vegetables, to return his clothes clean from my mother, and later to bring him meals. He called me “La Petite,” as did my aunt Peggy. “Eh, la Petite,” he would say as I approached him sitting on his bench. And he would pat the wooden plank for me to sit beside him. His affection was expressed through his twinkling blue eyes and his hand on the head of “Bossy,” his German shepherd, and the act of sharing whatever he had at the moment — which was anything from melons, to hard peppermints in his pocket, to the mussels cooking in a tin can on an open cedar fire in front of the bench. “Sorry you no speak Portuguese!” he would say to me, shaking his head sadly.

“Many adventure em Californie,” he would add, laughing as he remembered his close call with freedom from his wife as a young husband. And then he would tell me in broken English of how he had looked for gold, gone broke, and eaten squirrels “tough like the bark of the cedar tree,” of the peaches as big as grapefruit. Of the Azores he told me only of the roses as big as cabbages, and one of the pineapple, sweet, and big as melons, and of the goat cheese, for which he would pay “big money,” if only he could find some! Being a good peasant, his thoughts naturally revolved around producing food and the enjoyment of it.

“You eat!” he would say, offering me a plump, hot mussel on the end of his little pocket knife. I would roll my eyes and shake my head. “Ca bonne, make you strong.” And he lifted his arm high, his fist closed in a show of strength. Then he would fall silent, his eyes narrowing as he looked into the sun across the bay, his pipe resting in his sunburnt hand, indifferent. Since I didn’t like mussels and knew he was no longer with me I would leave him to his reveries and join the bay for my swim, hoping the tide had not been removed the melon from its cooling place between the rocky pools.

Today, more than 40 years later I return to the bay, snorkelling across the width of it to the fish pond built out of the rocky pools where I used to put my catch. I love this glassy underworld through which brown bay conch and black ‘sea puddings’ move slowly back and forth, undisturbed. The grasses flow and bend within the water as do the grasses in the wind in the fields at the end of the summer, in the land beyond. I love to hang suspended above this seagrass, pretending I am flying, effortlessly. Swimming around the edge of the bay, I surprise a grey octopus just below the surface, he has seen me before and so only slips away sideways under his rock, reserving his curtain of ink for strangers, or for the pair of large hog fish which rush past me towards the Great Sound.

I follow them for a distance then to complete the triangle of the bay, swimming close to the shore where the trees meet the water and where schools of fry float in silver clouds. The water is cooler here, being shaded all day by the trees, and I sense a slight shiver as my body adjusts. Slowly now, through grassy patch crisscrossed with dark mussels, slowing as the bay narrows, becomes shallower. Here the bottom dips under the overhanging boughs and I lift my head above water to find once more again a closed-in small pool in which sits Vovo, stripped to the waist, his white beard sparkling with droplets, his blue eyes set in reverie.

And there is no language to separate us, my dreaming, Neptune, hermit of a Portuguese grandfather.