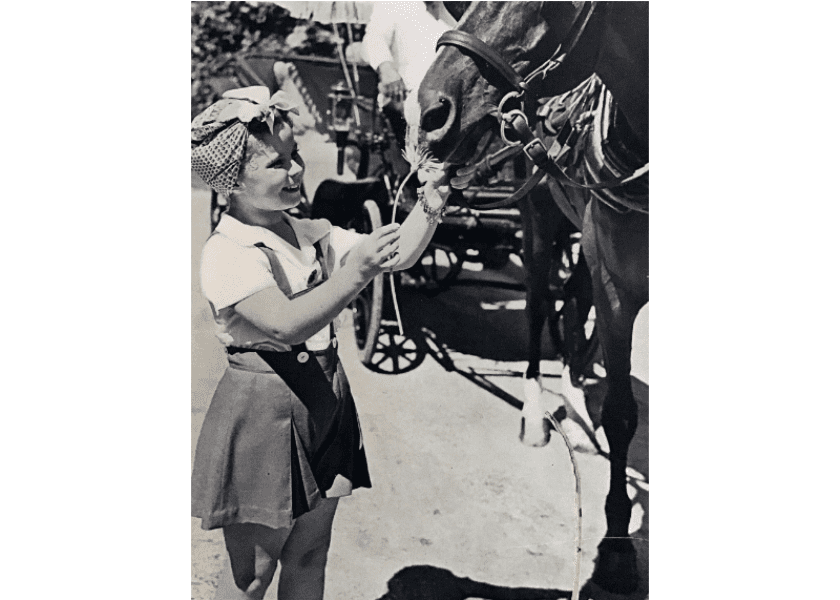 This article is taken from our archives. It originally appeared within the pages of the August 1938 issue of The Bermudian. It appears here as it did originally.

Shirley Temple, idol of millions of movie fans, arrived in July to spend a holiday at the Castle Harbour Hotel. Occupying a suit on the “Queen of Bermuda”, the nine year old actress sat at the table of Staff-Captain Stanley Burns, who during the voyage south gave an ice-cream party for Shirley and several other youngsters on board. A fellow passenger on board was Mr. Vincent Astor, who paid a call on the diminutive movie star and promised to take her out fishing in Bermuda.

One of Shirley’s Bermudian admirers, nine-year-old David Wadson, telephoned her at his earliest opportunity. Not being able to reach her, he left a message asking her to call him. When Shirley called David he asked her to a party at his house, but Shirley’s mother regretfully declined. However, young David was asked to one of Shirley’s parties.

Soon after her arrival, she procured an English bicycle and also tried her hand at driving a horse and buggy. The photograph below shows Shirley letting Dobbin smell a gerbera but the horse ate it instead. Accompanying the brilliant young star were her mother and father, a representative of 20th Century Fox Films, two armed bodyguards, a nurse and a valet.