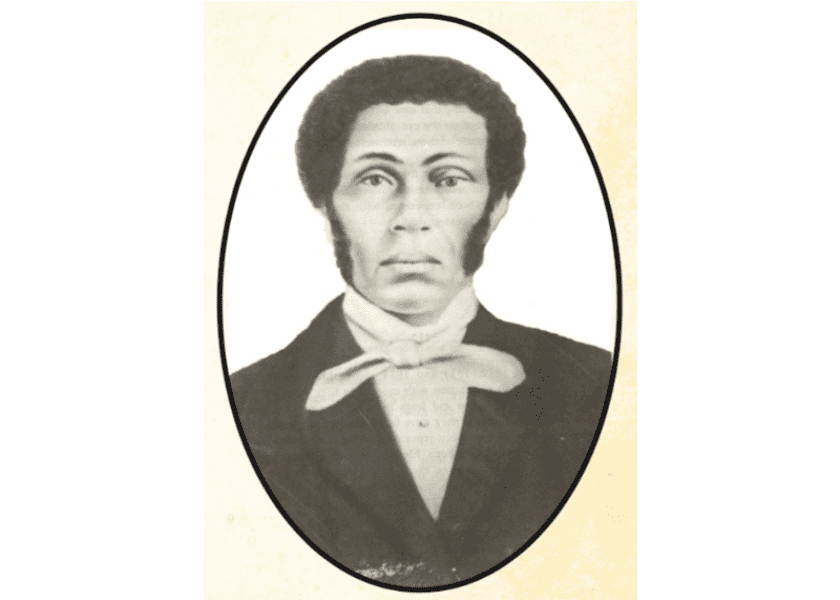 The Biography of Charles Roach Ratteray

Charles Roach Ratteray won respect and renown, working as a west-end ship’s carpenter, boat builder and trader during the post-Emancipation era.
He built skiffs and schooners, which he loaded up with onions and potatoes and sailed to the Caribbean and the US east coast, becoming a wealthy property owner in the process.

The Ratteray name originated with him and his legacy looms large in present-day Bermuda through the contributions of his descendants.

Early Years
Born in Nassau, Bahamas, he was brought to Bermuda by his mother as an infant. When his mother died, he was raised in Somerset by two white spinsters, who lavished him with love. He learned to read and write and was trained as a ship’s carpenter.

During the first 25 years after Emancipation in 1834, shipbuilding was on the decline but still thriving, according to historian Dr. Kenneth Robinson. Ratteray was one of scores of black Bermudians who made their living in the industry.

Ratteray built his first vessel, a sailboat, when he was in his early teens, followed by a sloop, Little Morning Star. While primarily a ship builder, he went to sea on his ships, packing their holds with onions, potatoes and other fresh produce to sell in Caribbean and US east coast ports.

A Celebrated Builder
He became so established that he was referred to as “the celebrated builder” in the media.

Newspaper articles and ads attest to his prominence and prowess. In December 1851, he took out an advertisement in The Royal Gazette, offering his sloop Morning Star for sale.

Morning Star had made three trips to the Caribbean and back, could carry 15,000 pounds of onions “comfortably”, and “for speed she stands A.1. among any of her class,” the ad said. He also offered liberal financing to the purchaser. It is not known whether he found a buyer for that ship.

In 1855, Ratteray and his son George built the 51-foot schooner Rose of Sharon. They launched it on May 15 at Herman’s Bay, Somerset before a large crowd and to live music played by the Somerset Brass Band. Father and son were praised in the newspaper report for their “industry, skill and perseverance” and for the inventive way they built it.

In an article in The Royal Gazette in May 2000, descendant Ellsworth Ratteray explained: “They made a jetty out of rock that they dug from the cliff. It went from the beach into the sea.

“They built their ship on this temporary jetty and when she was ready to be launched, they dug out the rocks and let her float off the tide.”

Success
Ellsworth Ratteray also said his ancestor sailed the Rose of Sharon to New York in June the same year with a cargo of potatoes, onions and tomatoes.
In September 1855, Ratteray put the boat up for sale. He gave a detailed description of the boat in a newspaper advertisement: it was made of white oak and cedar, sheathed with yellow metal and every bolt in the keel “goes through and through.”

Unable to find a buyer in Bermuda, he sailed the Rose of Sharon the following year to St Vincent, where it was purchased for $3,000—a significant sum of money. He arrived back in Bermuda in January 1857.

Ratteray, who was also a dairy farmer and an undertaker, amassed an impressive amount of property during his lifetime. Sandys Parish records listed his holdings in May 1859 for tax purposes: three houses and more than 26 acres of land. As a property owner he had the right to vote: in 1858, he was one of 32 registered voters in Sandys.

A Man of Significance
A family man, Ratteray married his first wife, Rebecca at the age of 26. They had seven children, three of whom, Edward (George), Alexander and Joseph, survived their parents.

Rebecca died in February 1857. He married widow Jane Steer in May the same year. They had four children: Mary Hamilton Seymour Ratteray and Thomas, Jeremiah and Frederick Ratteray.

Ratteray was said to have turned to religion after he nearly losing his life during a violent storm when sailing one of his ships in the Caribbean.
He helped to secure the property on which Wesley Methodist Church in Sandys was built. He was one of several black Bermudian men who invited Nova Scotia-based BME Bishop Willis Nazrey to Bermuda in 1870.

The BME took root in Bermuda and in time would merge with the AME. Ratteray’s daughter Mary later donated land he bequeathed her for the construction of Allen Temple AME Church in Somerset.

Ratteray died on August 24, 1872 at his Somerset residence. An obituary in The Royal Gazette said that he came to Bermuda at an early age, became a ship’s carpenter and “soon perfected himself in the art.” He was also described as “an energetic, enterprising man and a Christian”.

Ratteray’s legacy survives through his many descendants who have made a substantial contribution to business and public life in Bermuda.

Stories about Ratteray’s early life and how he came to Bermuda have been passed down his family through the generations, but cannot be verified. One story says he was the son of a slave woman and a Scottish nobleman named Ratteray who was acting governor of the Bahamas at the time of his birth.
No Ratteray is included in a list of Bahamas governors, acting or actual, that is available on line, but Charles Ratteray was described as mulatto in written records. Whatever the truth of his origins, he grew up to become a person of significance.