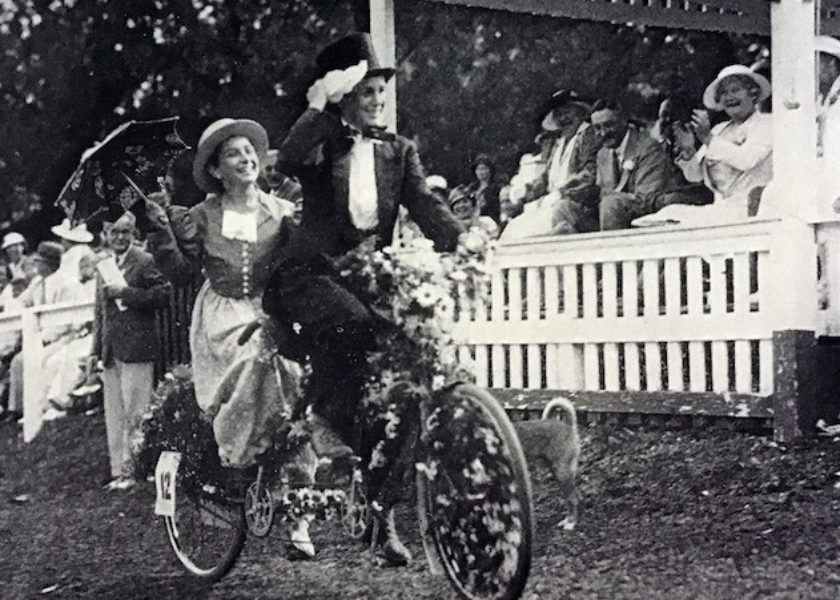 While thousands thronged the streets of Hamilton, its buildings happily decorated with flowers and palms, a procession of flower-decked floats nearly half a mile long, headed by the band of the Manchester Regiment in scarlet uniforms and members of the Paperchase Club in their hunting regalia, wound through the principal streets and out to the Agricultural Station. There it passed in review before His Excellency the Governor and was assembled on the arena to form a background for the rest of the floral pageant which occupied the three days from April 10th to April 12th. In the speech with which he formally declared the pageant open, the Governor said: “I have never seen such a wonderful exhibition in my life, anywhere in the world.” 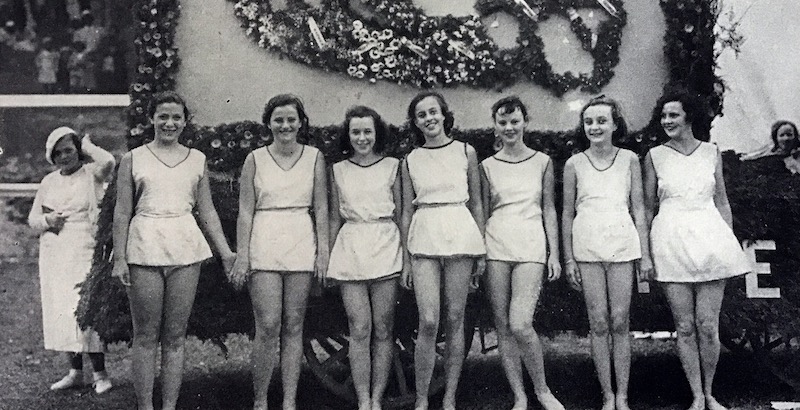 Immediately after the opening, the difficult task of judging the floats began. These had been divided into four classes: parish, school, commercial and institutional; and there were also prizes for decorated carriages and bicycles. The judges were Dr. Cram, Major Bartrum, Messrs. Black and Davis. Mrs. Walker, Mrs. Harvey, Miss Ryan, Mrs. Misick and Miss Hastings. 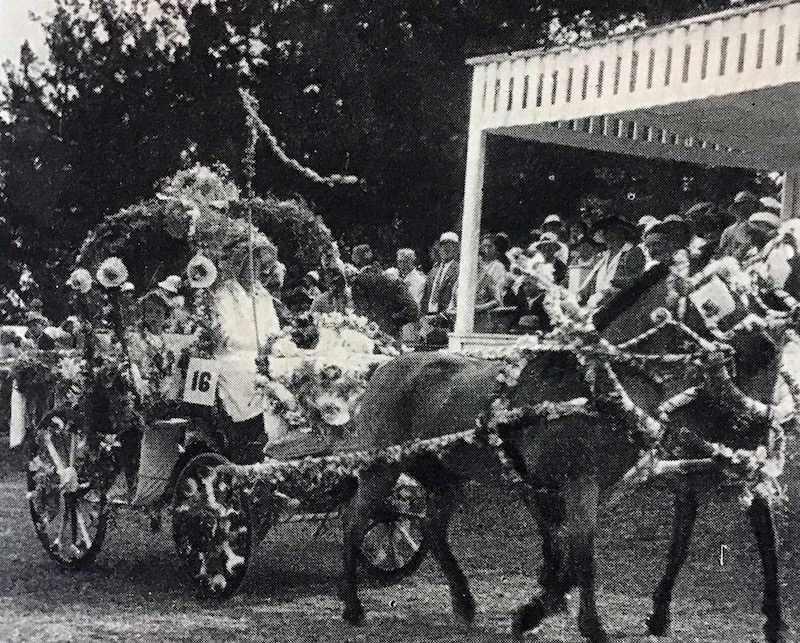 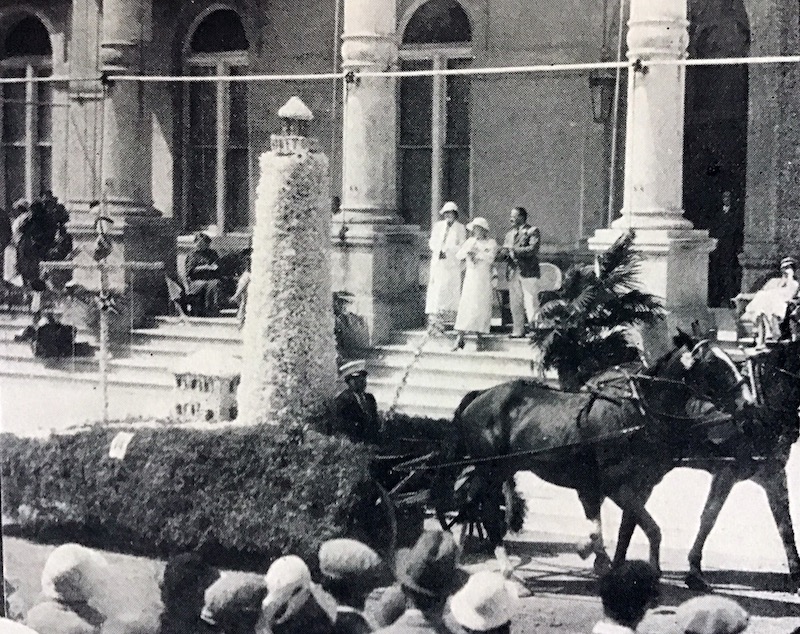 Fifty floats were entered and many of them were outstanding for originality and beauty of design; this was particularly true of the parish entries. Warwick’s was a replica of two familiar Bermudian birds, the bluebird and the cardinal. The contrast in colours and the faithfulness of reproduction undoubtedly earned the judges’ award. Smith’s did an angel fish, and carried out the brilliant colorings of the original with amazing success. The St. George’s float was simple in design – a cross of St. George was surrounded by four guardians dressed in the gorgeous uniforms of three hundred years ago when the town was founded. Two other entries in this class which attracted notice were a model done in Easter lilies of Gibbs Hill Lighthouse, exhibited by Southampton, and one enormous basket of flowers by Hamilton Parish. 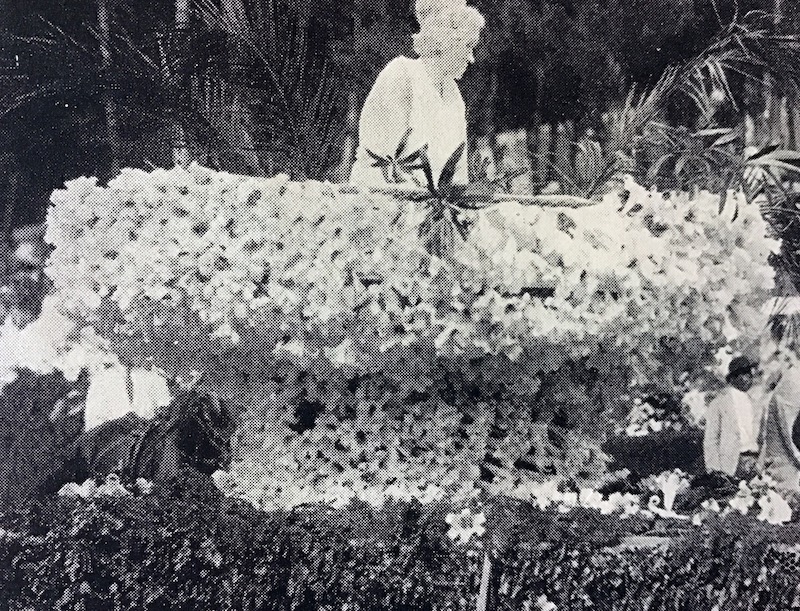 Of the commercial floats, that by A.S. Cooper and Sons of a Wedgewood bowl, magnified on a huge scale and with a living figure, was the most striking. Pearman, Watlington and Company’s was perhaps the most original of the entire show – bouquets of beautiful flowers frozen in blocks of ice. 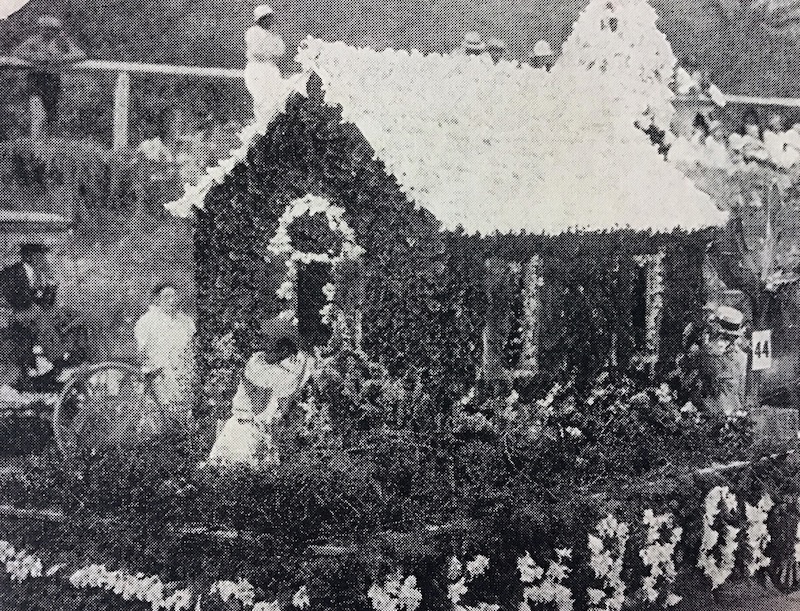 The second day of the pageant saw the enactment of scenes from an old English country fair by pupils of the Bermuda High School and the Bermuda School of Dancing. But the highlight of the afternoon was the triumphant entry of Her Floral Highness the Lily Queen. Miss Sheila West had the honour of doing this impersonation, and she entered the arena in a carriage piled high with lilies, and ascended her throne. 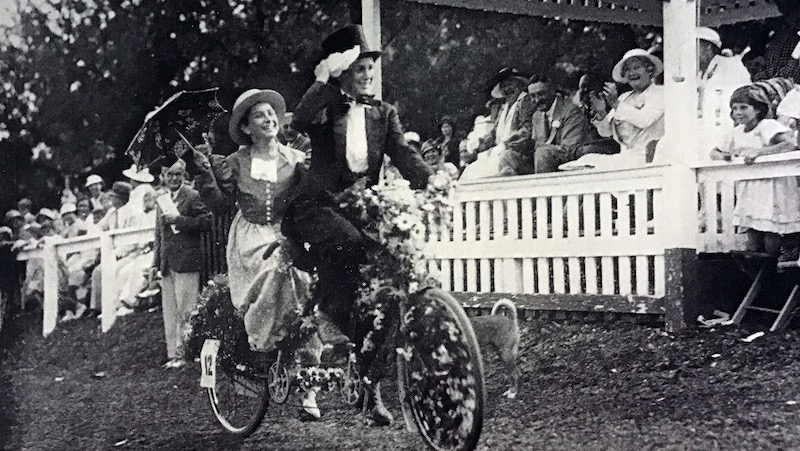 A programme of dances, arranged by Mrs. E. E. Zuill and Madame Stanley Smith, the community singing, all to the music by the band of the Manchester Regiment, were followed by the presentation of His Excellency to the Lily Queen by Mr. F. C. Misick, who was chiefly responsible for organizing and staging the pageant. The third day was given over entirely to a flower show sponsored by the Bermuda Garden Club.