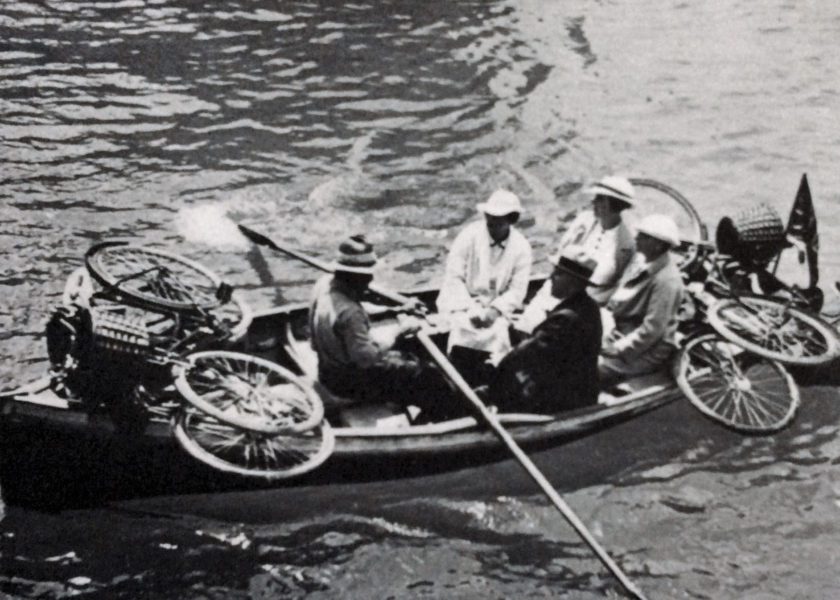 For a couple of centuries rowboat ferries plied their trade from dawn till the wee hours of the morning rowing people, their bundles, bicycles and babies from Hamilton to Paget and back again. Here is what it was like. This article was taken from our archives. It first appeared in the July 1937 issue of The Bermudian. It appears here exactly as it did originally.

There is a phase in the every-day life of Hamilton and Paget that is often unnoticed, and even completely unknown to the casual visitor. A unique service known as the rowboat ferry plies its somewhat dilatory trade daily between the northern and southern shores of lower Hamilton Harbour. Six or seven tiny rowboats go gently bobbing across this calm stretch of sea. That these boats and others have maintained this service for a couple of centuries is not remarkable; that they should continue this service today is strange, for after all Bermuda is equipped with a railway and numbers motor-propelled ferry boats.

From about six-thirty ever morning until often as late as two o’clock in the quiet of a Bermuda night, you will find a group of hardy men making their casual and unscheduled trips between the Front Street landing in Hamilton and the enclosed waiting room on the shore at Paget East. This small white limestone pavilion was built in 1931 by the Board of Public Works. Such action lends a feeling of confidence that a few, at least, recognize that modern means should not be allowed to supersede altogether the less speedy but purely delightful means of transportation.

Each boat is operated independently by its owner and neither license nor permit is required. In spite of this, the passenger’s safety and comfort will be found to be of paramount importance. Your boatman will probably bear a proud old ‘Mudian name. There is an Ingham, a Curtis, and a Zuill, but the oldest skipper is one Astwood, a stalwart soul of about sixty sunny winters. For nearly forty years he has been rowing across the narrow band of azure water.

Probably very close to half a mile in width at this point, the few extra moments spent on the crossing will not be wasted, for most of us come to Bermuda to relax and avoid haste. Figures are a trifle vague to these hardy gondoliers, but a consensus of their opinions would indicate that twenty round trips a day is the average for each. Figuring roughly, this would mean that Astwood has during his career as a ferryman rowed the equivalent of around 140,000 miles—or nearly six times around the equator!

Vacations and holidays are unknown, the only break in the daily service coming when a storm makes the water too choppy to be negotiated with comparative comfort and safety to the passengers. Such a phenomenon may occur even in Bermuda, but rarely on more than two or three days a year. Harbour-blanketing fogs are virtually unknown, although one of these rugged individuals does remember a foggy night “about twenty five years ago!” 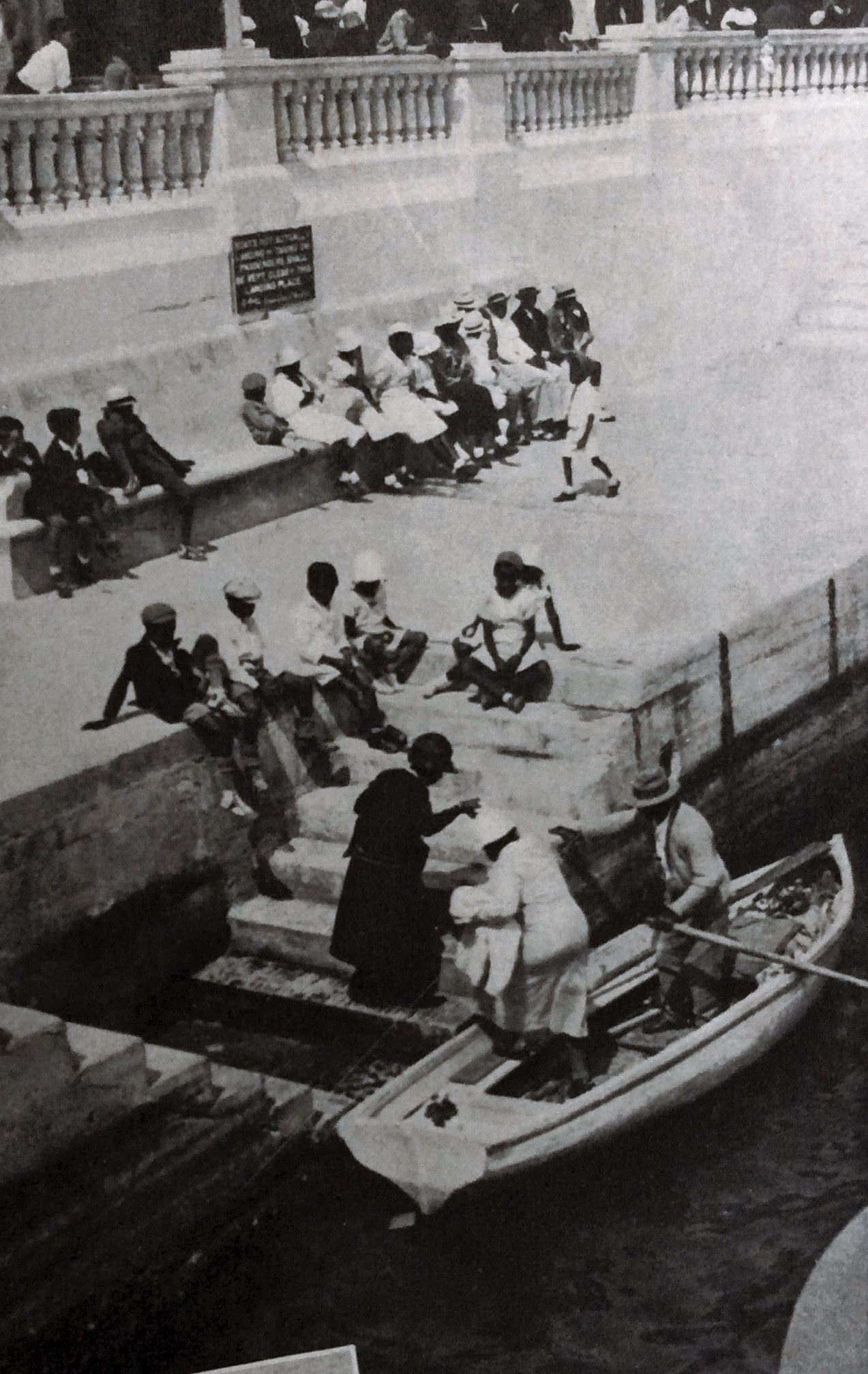 Rates are modest and in keeping with the rustic mode of travel. From sunrise until seven p.m. a “thru-penny bit” will suffice to take you either way. From seven until ten, sixpence will be required, and if you insist on dancing in Hamilton until after this late hour, you must take the consequences and pay a shilling. A few flashing arcs from your torch will hastily (well, reasonably so) bring a ferry from the other side if there is not one waiting. Rates are doubled on Christmas Day and Good Friday. Why these two days in particular, out of all the various religious and civic holidays, should have been picked to double fares is difficult to ascertain. There are no bargain days, unless every day might be considered one.

Bicycles, dogs, bundles, and babies all help to make up cargo. Occasionally a couple of romantics will hire a ferry for an afternoon or evening’s row down past the Princess and among the many tiny islands. Even the Dockyard is a point of call at times. No regular schedule or time table need be maintained, and the ferryman’s life might be termed a lazy one were it not for the fact that twelve to eighteen hours a day is long, regardless of occupation. By the time the last trip for the day is over, and a man’s boat is moored for what remains of the night at Red Hole in the lower harbour, it is a safe enough assumption that no sleeping draughts are needed.

A sturdy rowboat will probably last a ferryman fifty years if given reasonable care. The cost of equipment is, therefore, not excessive for a life’s job. A calabash shell for bailing, a pair of oars, and sturdy shoulders round out the necessities for a livelihood. One rather imagines that “amortization,” “depreciation,” and other bookkeeping items do not enter into the complacent picture of this business at any rate.

That the railway, since its inception in 1931, has hurt this ancient profession cannot be denied; nor can the railway’s value to the island be belittled. People who formerly, on their way to the South Shore beaches, took the rowboat ferry are now inclined to take the train. So there is a small business depression here, and competition is keen.

If you have a few minutes to spare from speedier quests of pleasure, take a hand-propelled trip across the lapping water. Shut your eyes and picture Hamilton and its inhabitants of a hundred years ago. You’ll learn the reason why the Bermudas are called “The Isles of Rest.”