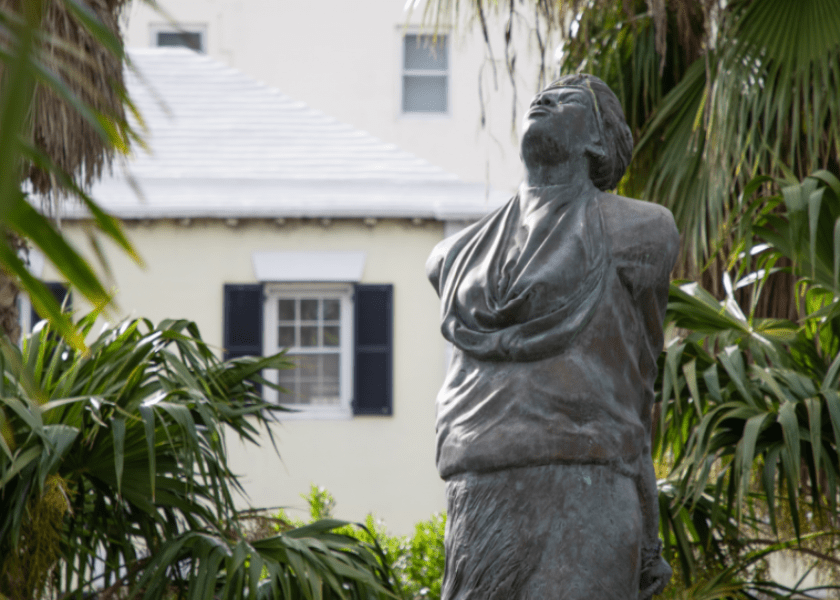 The Story of Sally Bassett by Cyril Packwood

The Bermudian expression ‘A Regular Sally Bassett Day’ means a sweltering, really hot day! Sally Bassett was a real person and this is her story.

Sarah Sally Bassett was a slave owned by a blacksmith in Southampton. In the year 1729 she was considered ‘old’, having raised a family which now included grandchildren. Knowing that her age kept her from having much ‘auction block’ value, she felt that the time was ripe to put her knowledge of poisons to use, by striking a blow for freedom in her own way, for the long years she had endured as a slave. Just before Christmas on December 18, 1729, Sally visited her granddaughter Beck, who was the slave of Sarah and Thomas Foster in Somerset. She gave Beck two rags which contained two doses of poison – one a reddish colour and the other a white powder. Beck was told exactly what to do with the poison. One dose was put in the slats of the kitchen door – any one passing and breathing the powder would be made deadly ill. The other dose was put into the Fosters’ food. Beck was also instructed to kill Nancy, a fellow slave who worked in the Fosters’ home. Nancy found the poison set for her, but on just looking at it, she became very ill. The poisons did their work on Sarah and Thomas Foster and in a short time they were violently sick and in a few days near death.

Sally Bassett was arrested and appeared in court on June 2, 1730. She was accused of not living in the fear God but as an agent of the devil and for suspicion of poisoning several people. There were ten witnesses for the King, including Sarah Foster. Thomas Foster and the slave, Nancy, were still not well enough to testify. A grand jury ruled that there was enough evidence to indict Sally. Standing at the bar when asked how she pleaded guilty or not guilty, she answered, “not guilty, and for tryall put herself upon God & ye country.” She was ordered to be tried immediately and a jury for life and death was chosen and sworn in. Beck and four white witnesses were cross-examined and their testimony proved the indictment. When asked what she had to say in her own defence, Sarah Bassett, as prisoner at the bar, denied all the charges and then kept silent. The jury withdrew to consider the evidence and in a short time returned with its verdict: “Guilty and we value her at one pound, four shillings and six pence.

On June 5, 1730, the Chief Justice, before passing sentence on Sally, asked her if she had anything to say. Her only answer was, “I never deserved it.” The following sentence was pronounced: “It is the judgement and sentence of this court, that you Sarah Bassett the prisoner at the bar be return’d to the prison from whence you came and from thence you are to be convey’d to the place of execution where a pile of wood is to be made & provided, and you are there to be fasten’d to a sufficient stake and there to be burnt with fire until your body be dead. And the Lord have mercy on your soul.”

There will always be two sides to the question of whether Sarah Bassett was guilty or not. She always claimed her innocence. The jury ruled on the evidence that was presented to them that she was guilty as charged. The exact date of Sarah (Sally) Bassett’s being burnt at the stake is unknown. A stake was erected at the foot of Crow Lane, located at the eastern end of Hamilton Harbour. The day was extremely hot, but that did not stop hundreds of people from gathering to witness this horrible spectacle. While being conveyed to the site of execution, Sarah Bassett was passed by many people and was believed to have said: “No use your hurrying, folks, there’ll be no fun ’til I get there!” Sarah Bassett declared her innocence until the very end. It was believed she cried out that God would prove her guiltless. Legend has it that when her ashes were examined, there appeared a tiny, purple iris in full bloom. Today we call this indigenous flower the Bermudiana.