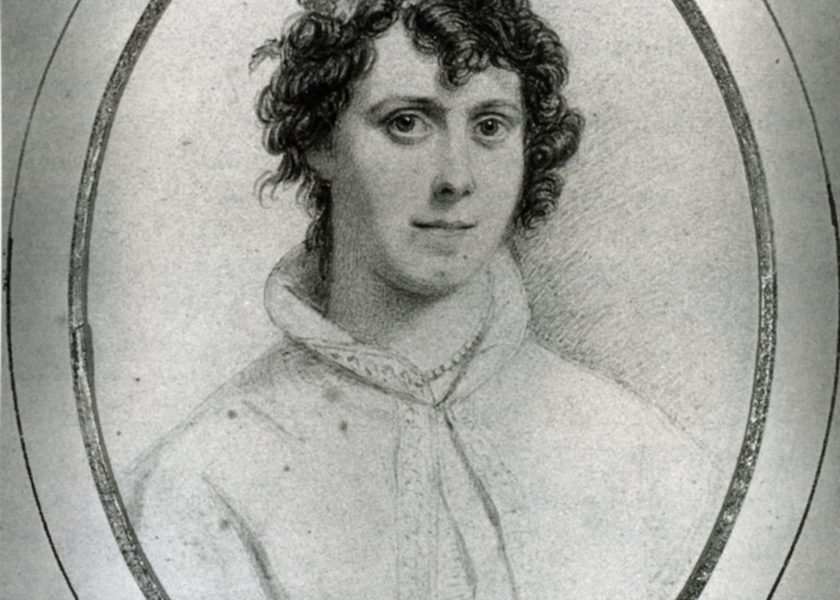 The Woman Who Recorded The History of Mary Prince

In November 1999, one session of the second International Conference on Caribbean Literature at Bermuda College stood out from all the rest. The room was jam-packed – standing room only. A buzz of excitement filled the air. All kinds of Bermudians were in the audience, not simply the Island’s writers and teachers. The subject of the dramatic session was The History of Mary Prince (1831). The narrative about the life of Bermudian Mary Prince is an autobiographical work that is not only the Rock’s greatest contribution to the world literature but a book meaningful to black Bermudians engaged by their heritage of suffering and endurance. That bondage system began in the early 17th century and ended only in the mid-19th century

The outlines of Mary Prince’s life are well known, both on the Rock and among scholars of enslavement everywhere. Born into slavery in Brackish Pond, Devonshire about 1788, Mary Prince was enslaved by three different persons in Bermuda with an interlude on Grand Turk Island, before being sold to John Adams Wood in 1810 who took her to Antigua. From her birth in 1788 until she fled the Wood household during a trip to London in the late 1820s, Mary Prince endured enslavement, with repeated episodes of beating, floggings, and sexual abuse, as well as the grim conditions of life in the salt ponds of Turks Island. The salt trade involved enduring long hours of labor immersed in brine; the sun and the salt caused fearful sores on their salt-encrusted limbs. Mary Prince was subjected to whippings, appearances before the magistrates and heated quarrels with her owners, who refused to sell her her freedom, even after she married Daniel James, a free black man.

About 1827, Mary Prince accompanied the Woods on a trip to England, where, although nearly 40 and physically challenged by rheumatism and poor eyesight, she, at last, fled the Wood household. Because England had abolished slavery on its own soil, she was considered technically free there. However, she had few resources and fewer allies as an aging black woman, far from friends and family in faraway Bermuda and Antigua. In the 1820s, moreover, to return to Bermuda or Antigua without having bought her freedom from the Woods, would have meant instant re-enslavement and probably reprisals from her outraged (and publicly humiliated) owners.

After various hardships, Mary Prince eventually became a servant in the London household of Thomas Pringle, secretary of the Anti-Slavery Emancipation and a leader in lobbying for British Empire-wide Emancipation, finally enacted in 1834. Once Mary Prince arrived in the Pringle household and urged Pringle to her tell her story to aid the anti-slavery cause, she needed a transcriber to record her story. Pringle recruited his friend and protégée, Susanna Strickland.

For Susanna Strickland – in 1830 just gaining a reputation as a poet and prose writer – recording Mary Prince’s story was to enduringly affecting her own life and work. Susanna was never to set foot, never to see its coral reefs, its wind-blown palmettos or its powdery pink sand. But shortly after her association with Mary Prince, she married and emigrated to Upper Canada, only to experience years of poverty, hunger and deprivation in the icy eastern Ontario bush. There, as she panned her memoirs to earn money to feed and cloth her shivering family, the contours and the images of Mary Prince’s story lingered in her mind, helping to shape her own autobiography. Both Susanna’s 1830 transcribing of Mary Prince’s story and her 1840s memories of it shaped her later work. Prince’s bravery, subversive rebelliousness, and story-telling power influenced Susanna Moodie’s writing of her own masterpiece, Roughing It In The Bush (1851).

Moodie’s letters display the typical condescension of white toward black, privileged toward marginalised, and young toward old, attitudes typical of early 19th Century English middle-class society. In 1830, 27-year-old Susanna Strickland was a rising star in the magazines and gift books of London, writing for a literary market just opening up to women writers for the first time. This was the world in which Jane Austen, Charlotte Brontë, Mrs. Gaskell and others would shine in Regency England. Strickland herself was from a literary family – she was one of five sisters, most of whom would turn to the pen. One sister, Agnes Strickland, would become famous and well off as author of Lives of the Queens of England (1840-8), in effect the first blockbuster about royal women. Another Strickland sister, Catherine Parr Traill, would emigrate to Upper Canada about the same time as Susanna, there to find fame (but like Susanna, no fortune) for her books about pioneer life and the botanical beauties of the Canadian wilderness.

In 1830, however, Susanna, dazzled by the glamour of the capital, did not expect ever to leave England or her budding literary career. Her father, Thomas Strickland, a docks manager in London, had been one of those upwardly mobile members of the mercantile elite so typical of the England of the day. His business ventures had done so well that the Strickland family had moved into the imposing Reydon Hall in Suffolk when Susanna was a girl. The Strickland children seemed poised for an elegant and well-endowed life among the country gentry. But her father suffered business reverses and in 1818 died bankrupt. Susanna’s mother struggled to keep up appearances, but whole sections of Reydon Hall were shut up and much of the furniture sold. There was no longer money to entertain or to buy fine clothes. Susanna and her sisters struggled to earn what money they could by their pens. One brother went into the navy, and one became a pioneer in Canada, but there were few career options open to young ladies who had been raised for a life of refined elegance as chatelaines of country states they could no longer aspire to marry into. Susanna, the youngest Strickland sister, was the most gifted, but also the most serious, the most tempestuous and the most troubled socially of the girls. Shortly before meeting Mary Prince, she had horrified her snobbish mother and sisters by converting from Anglicanism – the religion of the upper classes – to Congregationalism. Elizabeth Strickland was horrified that her difficult daughter would embrace a fundamentalist faith whose adherents were lower middle class (or worse) and who plunged into very public and controversial causes like slavery emancipation. She could not have been overly pleased with Susanna’s close friendship with the Pringles, either. Pringle was well known in the literary world as writer and editor, but, as secretary of the Anti-Slavery Society, he was a controversial figure in the England of the day. Mrs. Strickland must have sighed, smoothed her now-shabby silk gown, and reasoned that at least, with the Pringles, Susanna had a place to stay in London, one with access to the London magazines which brought Susanna a few pounds to help to pay expenses at draughty old Raydon Hall.

For her part, Susanna, who had grown up in a sheltered rural world, was excited by the literary and political ferment of 1820s London. Pringle talked to her not only about poetry, but also about how his time as a settler in Cape Colony had turned him against enslavement. On his return to England from South Africa, he had dedicated himself to lobbying for its abolition in the British Empire, a popular cause of the day. Susanna, soon a frequent house guest of the Pringles, drank in all this excitement. The fatherless young woman even addressed Pringle as ‘Papa’ in her fervent letters to her host and patron.

Thus, after Pringle hired Mary Prince to work as his maid, he soon asked his talented young house guest to help record her life to aid the anti-slavery movement. Susanna naturally became fond of the indomitable, motherly Mary Prince. After all, like Susanna, Mary Prince was eloquent, strong-willed, hot-tempered and charismatic. But the imperious Susanna, fond as she was of Mary, also saw her as an inferior, distant from her in class, race and situation. For Susanna to act as a scribe for Mary Prince was in fact a socially revolutionary act. Mrs. Strickland must have been horrified.

But social order was not completely overturned. Even while Susanna and Mary sat together in the Pringle house penning her story, Susanna could – and undoubtedly did – ask Mary Prince to fetch her a shawl or a glass of water. Moreover, it was Mary Prince who made Susanna’s bed and emptied her chamber pot, as she did for the entire Pringle household. Susanna’s letters to her friends about her project are both sympathetic and a shade condescending.

She wrote to a friend in January 1831: “I have been writing Mr. Pringle’s black Mary’s life from her own dictation and for her benefit, adhering to her own simple story and language without deviating to the paths of flourish o romance. It is a pathetic little story and is now printing in the form of a pamphlet to be laid before the Houses of Parliament. Of course my name does not appear. Mr. Pringle has added a very interesting appendix and I hope the work will do much good.”

Behind the scenes, however, what Mary Prince told her about slavery was making the young writer think about what she herself wanted in life.

Susanna was being courted at this time by John Dunbar Moodie, a genial and dashing young officer on half-pay, pensioned off at the end of the Napoleonic Wars like thousands of other young officers. Moodie loved Susanna, and she loved him, but he had no money. Melsetter, the down-at-heels Moodie family state in the remote Orkney Islands of Scotland, was hopelessly sunk in debt. Captain Moodie was only in London on a visit: in order to make his fortune he had to settle in Cape Colony: Pringle had befriended him during his time there. Any wife of his would have to go back to the wild animals and slave labour of the veldt. Susanna knew from her collaboration with Mary Prince that she wanted no part of a society that depended on the slave system. So she broke the engagement.

To win back his young firebrand, Moodie gave in. The couple would, he promised Susanna, emigrate to British North America instead. There were few enslaved persons in Upper Canada. Not long after The History of Mary Prince appeared, to a storm of controversy and debates in the Houses of Parliament, John and Susanna Moodie were married. In a letter about her wedding, Susanna wrote in April 1831: “I was on the 4th instant at St. Pancras Church made me the happiest girl on earth, in being united to the beloved being in whom I had long centered all my affections. Mr. Pringle ‘gave me’ away, and Black Mary, who had treated herself with a complete new suit [of clothes] upon the occasion, went on the coach box, to see her dear Missie and Biographer wed.”