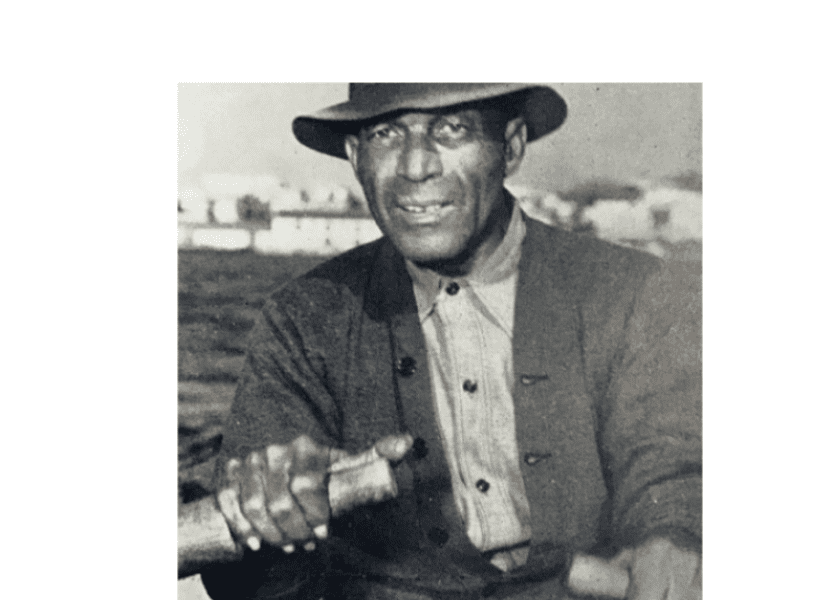 Walter Hilgrove Ingham, the Last of the Rowboat Ferrymen

This article was taken from our archives. It first appeared in the February 1952 issue of The Bermudian. The full text appears here in its original form.

On the 18th day of February in the year 1902 a young boy, fifteen years of age, walked down the steps of the Corporation dock in Hamilton, climbed into a sturdy rowboat and started across the harbour to Lower Ferry, a third of a mile away. Six days a week since then, Walter Hilgrove Ingham has rowed that route back and forth, earning his daily bread, buying the boat with his earnings, raising a family as the years passed, building a six-room house for his wife and children.

Today Walter Ingham, at 65, is the last of the rowboat ferrymen. In 50 years he has crossed the harbour more than half a million times with literally millions of passengers, has rowed something like 200,000 miles, or about eight times around the world. In 50 years he has carved himself a special niche in the thoughts of grandparents, parents and children, who have crossed that short stretch of blue water in his boat, the Vesta.

In 50 years his name and his story have become a legend of Bermuda, spread widely in newspapers and magazines the world over. In almost as many years as Walter Ingham has been on earth, the Vesta has been overhauled time and again, until all that is left of the original craft is her cedar stem and cedar keel. He has a special love for Vesta. Says he, “I built my home out of her; I raised my family out of her.”

Vesta was built between 1885 and 1890 by the late William Smith, an old-time shipwright at Red Hole. He built her strong and wide; he built her of cedar and cypress; he built her to outlive himself. It takes men of character to make boats like Vesta, and men of character to row them. Such as Walter Ingham—clean-living, God-fearing, ever faithful. Once upon a time he worked from sun-up to midnight, sometimes all day and all night; but now he only puts in about eleven hours a day. He starts a little before seven and ships his oars for the last time each night around six. 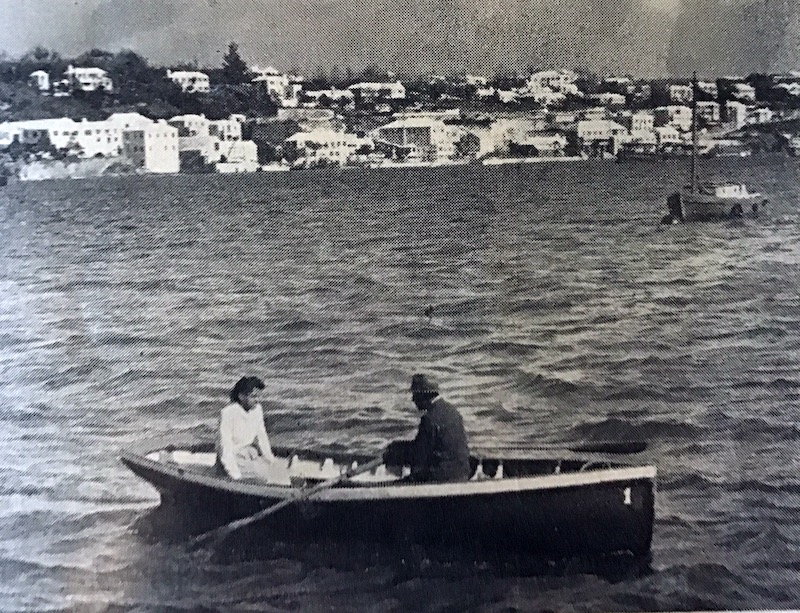 He is carrying on a tradition started about a century ago when many rowboats plied the harbour. Half of that century ago Mr. Ingham started rowing for the late James DeShield, who had the Government contract for the service. In those days the fare was a penny ha’penny. After eight years Mr. DeShield lost the contract to a lower bidder, and young Ingham, then 23, rented Vesta to compete against seven other ferrymen. The fare had risen to twopence. Shortly after, Mr. Ingham purchased Vesta, then about 25 years old, for £12, “but I couldn’t replace her for £100 today.” His first pair of oars cost nine shillings. His last pair was £4.15.0, or over ten times as much. Today the fare is sixpence. But Mr. Ingham has no idea of increasing it because autocycles, buses, taxis have cut heavily the number of passengers traveling his route.

Vesta, fifteen feet long and four feet eight in beam, has taken as many as fourteen adults on a good day. For 49 years, schoolchildren by the thousands crossed in her. The last to use her were Mary and Elise, daughters of Howard Lawrence, on White’s Island. They left school last year.

Only once has Mr. Ingham “lost” a passenger, and that was late one Saturday night when a happy shopper tumbled overboard, packages and all, at Lower Ferry. A slightly sobered passenger and several soggy parcels were fished out by the ferryman.
Mr. Ingham and Vesta also participated in an exciting rescue when the ferryboat Flora caught fire and exploded in the harbour. Mr. Ingham took off four or five passengers and then went back to get some bicycles. A few moments later the Flora went up with a bang. The ferryman remembers the incident particularly because his rescued passengers forgot to pay their fares, except for one lady who gave him a pound for saving her bike.

Vesta rarely carries a bicycle these days, but B.C. (Before Cars) she toted many a bike, along with lumber, paint, packages, dogs and fowls. Once Mr. Ingham rowed her to a British warship, H.M.S. Caesar anchored in Grassy Bay, a ten-mile trip on a fair day with five hundred-pound bags of potatoes aboard. “It was calm – and hot, too, I’ll tell you,” he remembers. “I took my time about it. I didn’t do any racing.”

His longest trip was eleven miles after midnight. A Royal Navy officer wanted to reach his ship in Dockyard before she sailed. “He wanted to get there in the worst way,” Mr. Ingham recalls. They left Hamilton at 12:30 and stopped on the way at the Belmont for half an hour. Mr. Ingham and Vesta were home by four a.m. The officer paid him 35s. That was all in the day’s work to Walter Ingham. He had rowed to Dockyard five times. “Boating came natural to me,” he says. “My father was a boatman, and my grandfather was a fisherman.” His father was Hilgrove, too – “Hilly” Ingham they called him, and once he was a rowboat ferryman before he became a pilot.

Walter Ingham comes for a “long-lived family.” Some of his relatives lived to see ninety, and he too, expects to live a long life. Hard work and long hours in the open air have given him strength and health, and , besides, he says, “I always kept clear of liquor and smoke. I always say that’s trash, that’s all.”

He and his wife, the former Kathleen Basset, raised three children, Marie, Earl and Stuart. All are married now, Marie to Alexander Romeo, the tennis player. Mr. and Mrs. Ingham live in a slate and gray house with blue blinds on Parsons Road with Stuart and his wife and baby. There are seven grandchildren all told.

Of course, Vesta might almost be considered Mr. Ingham’s “fourth child”, and one that has never left home – at least, only once. One night, during Prohibition, she was stolen from her moorings at Red Hole and found next morning and Salt Kettle with her side stove in. Tell-tale straw scattered about the floor boats indicated that rum runners had “borrowed” her for a night’s work.

As Mr. Ingham and Vesta look forward to marking his golden anniversary as a ferryman on the 18th of February, 1952, the ferryman has no plans to lay down his oars for the last time.

“I don’t feel any different now than the day I started,” he says, rubbing his calloused hands slowly. “I’ve made so many nice friends at my work. I don’t feel like retiring yet, and I still feel able to carry on.”