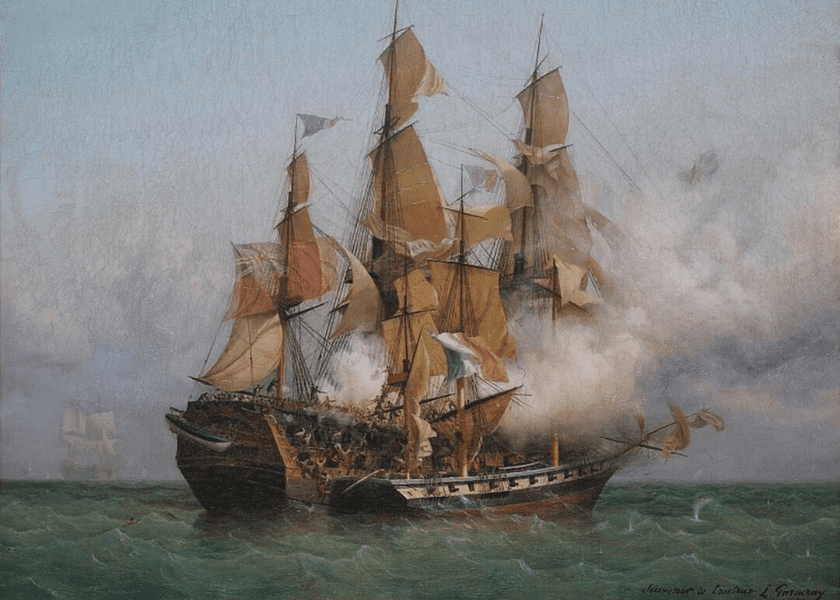 When Pirates Anchored in Hungry Bay

This article was taken from our archives. It first appeared in the 1931 issue of The Bermudian. It appears here exactly as it did originally.

Hungry Bay, the picturesque inlet on the South Shore of Paget East, is a veritable Valhalla for visiting naturalists. Among the mangrove roots scattered prodigally in the shallow reaches of the north side they find a profusion of minute shore life. According to one chronicler, in 1860 a moribund sea-serpent was discovered laying on the rocks outside the jaws of the bay. The description of the beast coincides with other stories of these almost mythical creatures, but fortunately the vertebra of this specimen was preserved and now lies in the British Museum in London, so that skeptics may see and be convinced.

About 1615, a fort was built beside the Bay, but like others erected in various parts of the Islands, it was in ruins within a century through the neglect of the colonists. Then in 1805, when the specter of the conquering Corsican induced most British possessions to fortify, another fortress was built on the site of the old one.

Somewhere about the early 18th century (when England and Spain were indulging in one of their not-infrequent feuds, and “privateering”—a polite term for authorized piracy—flourished vigorously amid the western islands), Paget Tribe was stirred into nervous excitement by the anchoring of a private ship off Hungry Bay.

People sped in all directions with the alarming news that two boatloads of buccaneers were heading for the beach inside the Bay. The pirates landed and struck out along what is now called Point Finger Road, then little more than a cow path. Selecting for their first prey a prosperous looking dwelling to the west of the road, the leader swept onto the verandah whirling his cutlass in the approved fashion.

The appearance of the place which is still standing, by the way, augured rich pickings in the way of loot, yet the leader’s belligerent manner abruptly deserted him when he burst into the doorway, for the household was assembled for funeral prayers. Like many sailors of all periods he was probably superstitious, and he halted on the threshold. Then the scene, the draped coffin lying on a table, the black-garbed bereaved ones, and most of all, perhaps, the devout voice of the priest intoning the brutal formula—all this seemed to penetrate to our pirate’s very nerve centers, and his subsequent behavior was in accordance with the best standards of modern etiquette. He slowly and reverently removed his hat or bandana, or whatever headgear pirate captains affected, and turned his men back to the ship, where no doubt funerals, though more plentiful, were less distressing affairs.

This hyper-sensitive minion of the Jolly Roger would have been pained, not to say incensed, had he witnessed what followed in the house he had spared. For the mourners had suddenly stopped mourning, the anguish of the servants became low laughter instead, the priest abandoned his intercession for the dead and sat down to afternoon tea (or it may have been rum), while the mistress, the sister of the “deceased”, whooped inelegantly and probably executed the primitive parallel to the recent “Charleston.” Presently the coffin was opened and its contents, family plate, jewels of gold, were removed and restored to their customary places.

Of course, there are other ceros of this curious incident, but this is probably as accurate as any.

Hungry Bay evidently earned its name by its character, for during a storm the crashes and roar of the surf, pounding against the rocks at the mouth, can be heard for miles around. At all times the Bay has a certain austere beauty that in moonlight becomes almost menacing in its impressiveness. A nocturnal visitor will hear only the tree-frogs, the wind in the cedars, and the eternal discontented rumble of the breakers, for the Bay is a solitary spot, unvisited by most tourists and still unfamiliar to many Bermudians. It is, perhaps, the one place where the spirit of Serenity that envelops most of Bermuda seems absent, for the impression one receives is too distinct and profound to be immediately lost like a fugitive reflection.