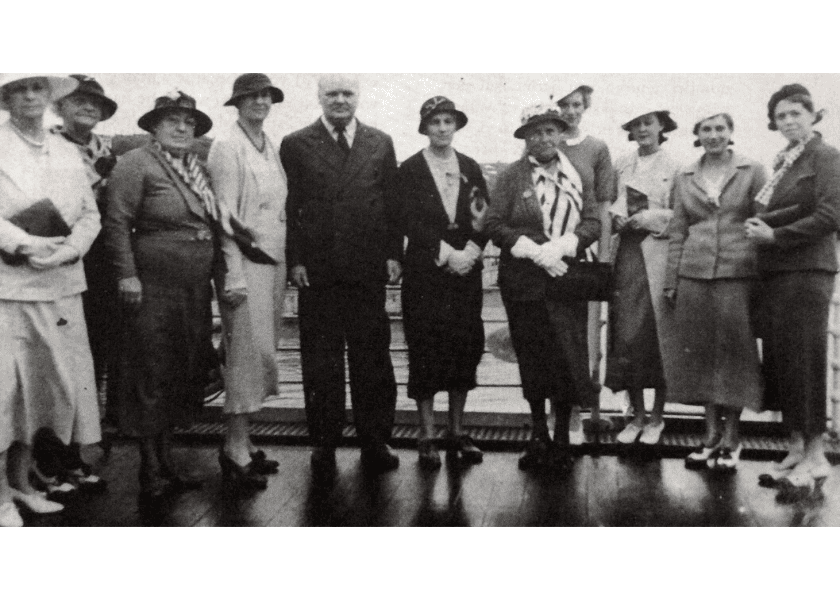 Women and the Vote

This article was taken from our archives. It first appeared in the December 1999 issue of The Bermudian. It appears here exactly as it did originally.

The ascension of Premier Jennifer Smith and Opposition Leader Pamela Gordon – Bermuda’s first female premier – to the top political posts in the land owes as much to universal adult suffrage as it does to women’s suffrage. Still, as Colin Benbow writes in Gladys Morrell and the Women’s Suffrage Movement in Bermuda, that 30-year battle “set the stage for another political development, the 20-year fight for universal adult suffrage.”

The Bermuda Woman’s Suffrage Society was formed in 1923, nine years after Gladys Misick Morrell first raised the issue of women’s suffrage in a public meeting. Morrell’s supporters included Henrietta Tucker, May Hastings, Edith Heyl, and Rose Gosling, the Society’s first president, and among men, Sir Stanley Spurling. Their tactics included a petition to the British government – a move which Dr. E. F. Gordon would replicate 16 years later – and holding mock funerals for the “passing of justice.”

Auctions would become their most memorable form of public protest: when suffragettes refused to pay taxes, the authorities would seize their property, which the women would buy back at auction. Bermuda’s property-owning women did not see victory until 1944.

Dr. Eustace Cann’s was a crucial vote in Parliament – he had broken ranks with his fellow black Members of Parliament, who had withheld their support from suffragettes on the grounds that the property vote was the greater wrong. Still, women picked up their new-found voting right and ran with it.

Watson, a Canadian widow, had a distinguished career outside of politics. She’d won a bravery award for saving the life of a pilot of the Cavalier, a flying boat that crashed 300 miles off Bermuda in 1939. A founder of the Committee of 25 for Handicapped Children, Watson was the first woman to head a government board. The Transport Control Board was not an insignificant post in light of recent changes to laws allowing for cars. Aiken, for her part, sponsored a bill, making it legal for the government to provide women with birth control advice.

Both women lost their seats in the next general election, but progress was being made slowly. In 1963, Lois Browne-Evans (who in 1999 became both a Dame and Bermuda’s Attorney General) became the first black woman elected to the House. Currently, female representation in Parliament is proportionally less than their numbers in the general population – among the 40 MPs, only 8 are female, and there are only 2 women in the 11-seat Senate.

Bermuda’s suffragettes, who numbered fewer than 300 and were white and upper class in the main, did not challenge the property vote – changing the political landscape was not their goal. On the eve of the first election under universal suffrage in 1968, Morrell who died in 1969, expressed concern about the widening of the franchise to include every adult over age 21.

Still, Bermuda’s suffragettes had concerns about issues broader than just women’s voting rights. In their 1928 campaign for seats on parish councils, they referred to such issues as the flogging of juvenile criminals, a high infant mortality rate, and the lack of higher education for girls.

Black MP’s who had withheld their support from suffragettes would not have disagreed with their assessment of Bermuda in 1928. “The obsolete and oligarchic franchise which we retain in Bermuda makes a dead-letter of British principles of representative government and political liberty.”