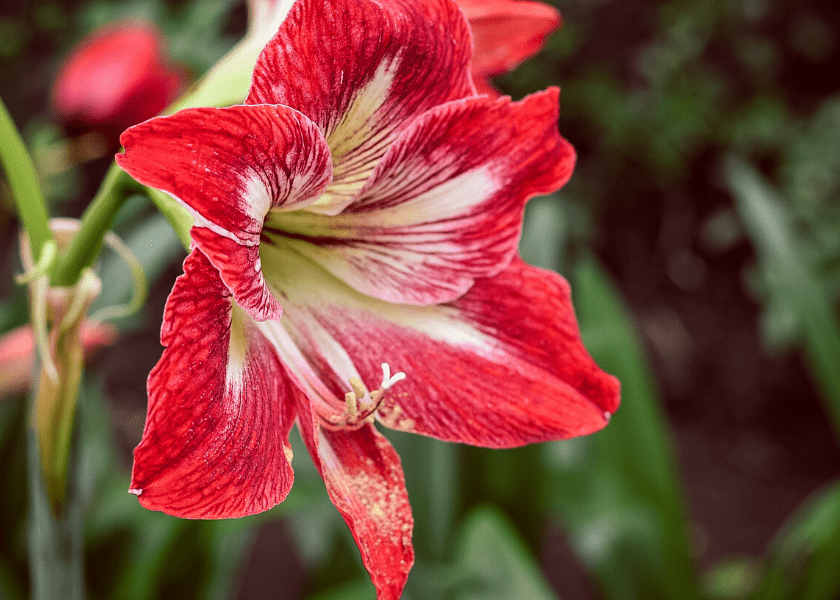 Are your gardens bursting with beautiful blooms? May brings with it some of the most gorgeous flowers, here are some you might be seeing. 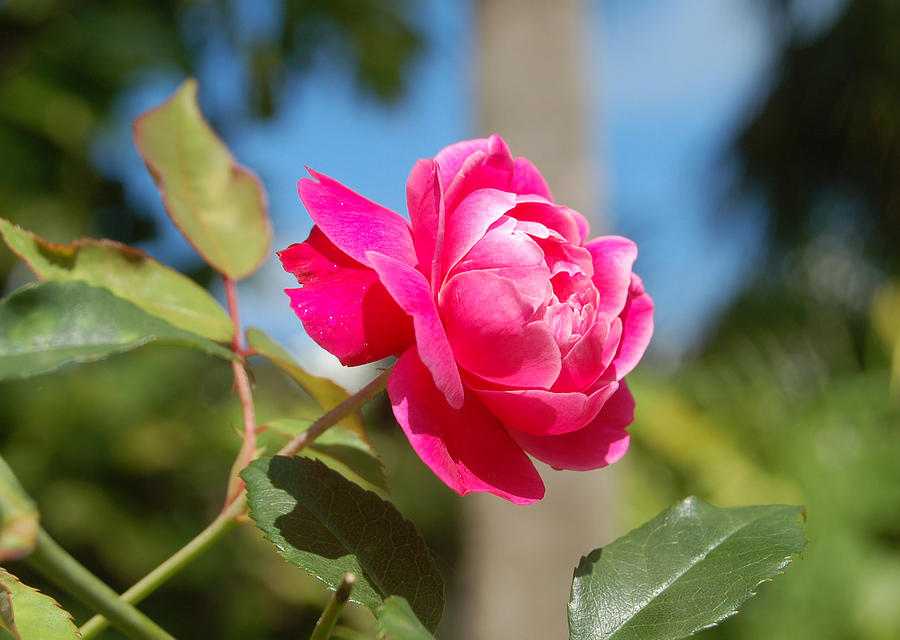 1. Bermuda Roses
The cramoisi supérieur, otherwise known as the Agrippina rose is very common in Bermudian gardens. According to the Bermuda Rose Society’s Roses in Bermuda, it is “almost naturalized all over the island and can be found growing under the most adverse conditions.” It blooms sporadically all year, and without fail, its crimson buds appear a week before Christmas, opening into cupped blossoms with close layers of petals. 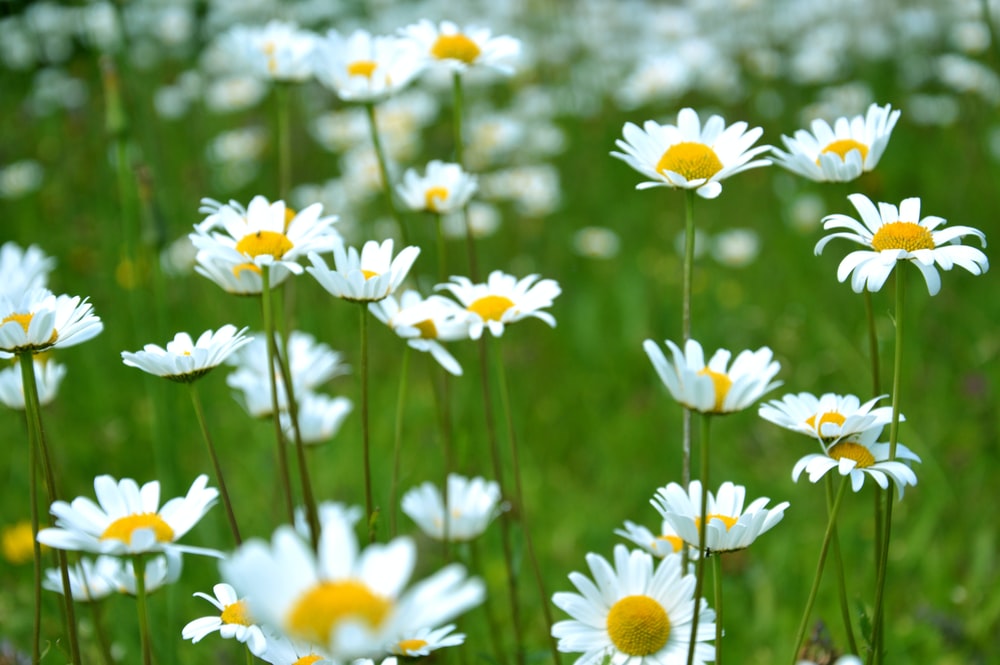 2. Daisies
Daisies symbolize innocence and purity, according to an old Celtic legend, which says that whenever an infant died, God sprinkled daisies over the earth to cheer the grieving parents up. 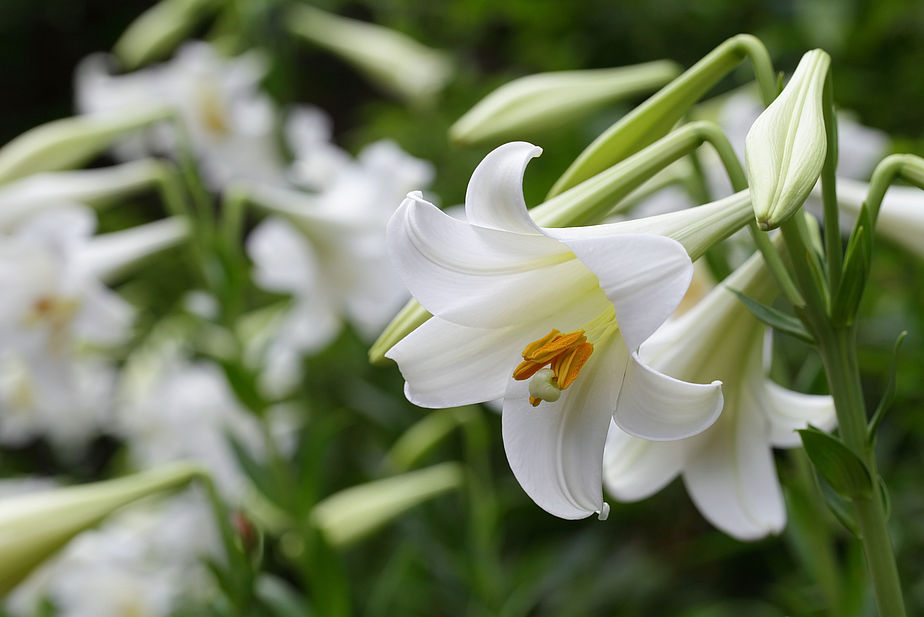 3. Easter Lilies
Before World War II, St. David’s Island used to be the chief lily-growing district. It is recorded in the Annual Reports of the Bermuda Department of Agriculture that from 1927 to 1941 sixty-seven percent of the total acreage of lilies was grown on that Island. Well-known, long-established growers, namely, Howard Smith, Reeve Smith, Eugene Outerbridge and Malcolm Hollis, all grew lilies on St. David’s. The soil in that area was regarded as some of the most satisfactory for the cultivation of the Easter Lily. In those days, during the Easter season, many people, both residents and visitors would make a special journey to St. David’s either by horse and carriage or the faithful bicycle to see the lilies in full bloom. Unfortunately, during the war, all the lily-growing area of St. David’s was swallowed up in the construction of Kindley Field, the U.S. Army Air Force Base. The growers were compelled to move to other parts of the Island. Read more about Bermuda’s Easter Lilies, here. 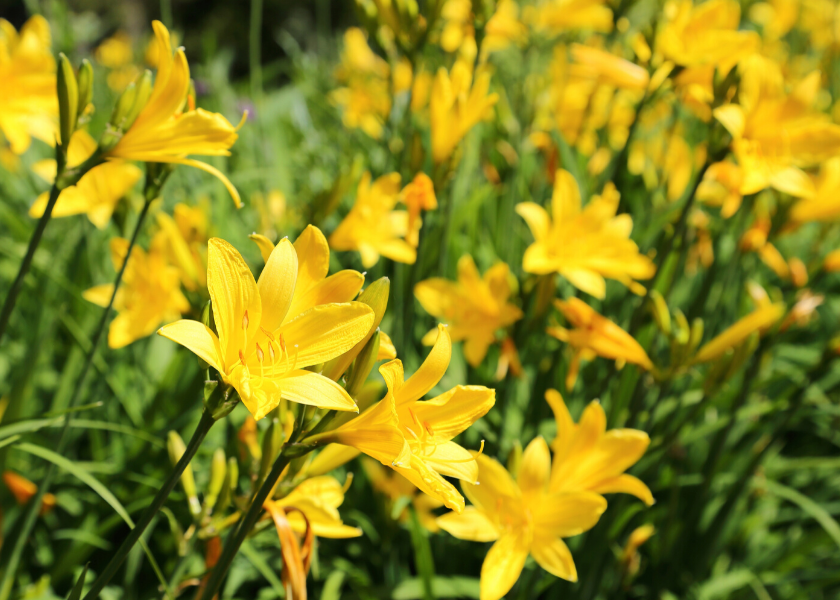 4. Yellow Day Lilies
Despite the name, day lilies are not true lilies, although the flower has a similar shape. The flowers of most day lilies open in early morning and wither during the following night, possibly replaced by another one on the same scape the next day. Some species are night-blooming. Day lilies are not commonly used as cut flowers for formal flower arranging, yet they make good cut flowers otherwise, as new flowers continue to open on cut stems over several days. 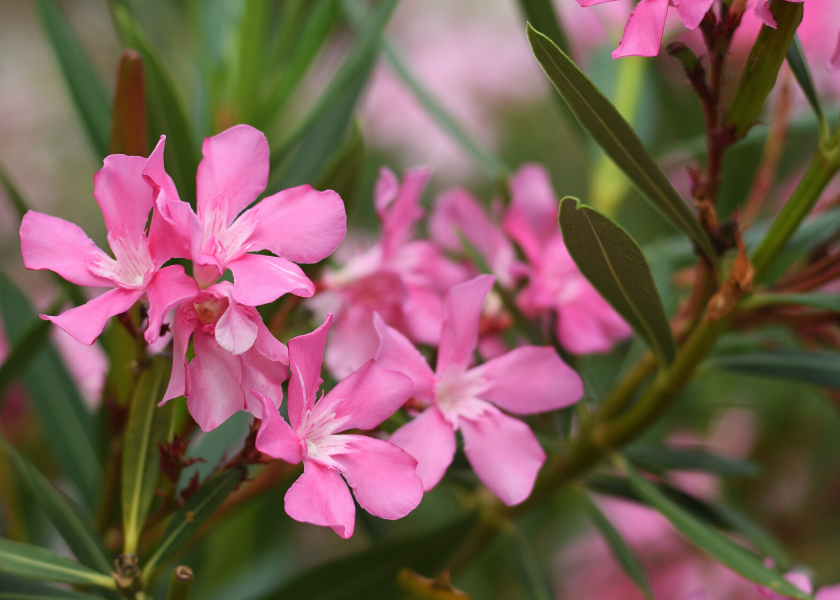 5. Oleander
Records show that Oleander was originally introduced to Bermuda in 1790. There are several theories of how the plant was brought to these Islands, but whoever was responsible for the introduction of the Oleander could never have imagined what a marvelous asset to Bermuda the plant would eventually prove. The Oleander has been regarded as one of the most satisfactory plants for the protection of tender crops against the prevailing winds in all but the very exposed positions. Farmers used the Oleander sticks in former days as lining hoops for potato barrels. It is also recorded that Oleander sticks were part of boat killiks and a green stick with leaves attached made a useful ceiling boom. These were a few of the uses of the Oleander in addition to its purely ornamental value. Read more about the Oleander, here. 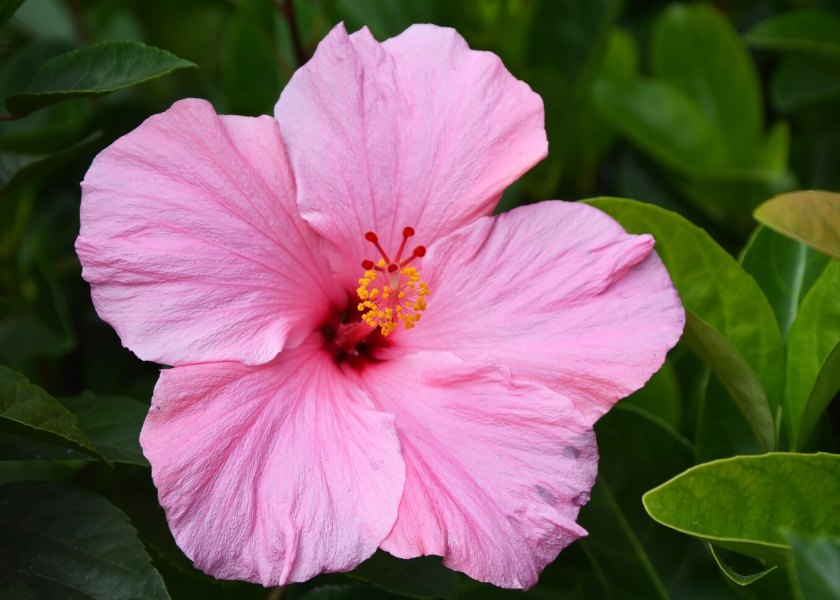 6. Hibiscus
An interesting feature of the plant is that the flowers only remain open for one day. This factor is not always realized because new buds open daily and the impression is that of flowers lasting for a very much longer period. Another feature worthy of note is that seeds are rarely found on the Hibiscus plants, unless the flowers have been hand pollinated. The reason for this lack of seeds is soon realized by examining the flowers. The stigmas are carried on long stalks protruding from the centre of the flower. Well below the stigmas are the anthers or pollen-bearing parts. Despite the fact that insects visit the flowers and some of the pollen is carried away by the visiting insects, the stigmas are so far above the parts of the flowers  that attract the insects that the pollen is rarely brushed on to the stigmas  The flowers are very easily hand-pollinated, when seeds are freely produced. Read more about the hibiscus flower, here. 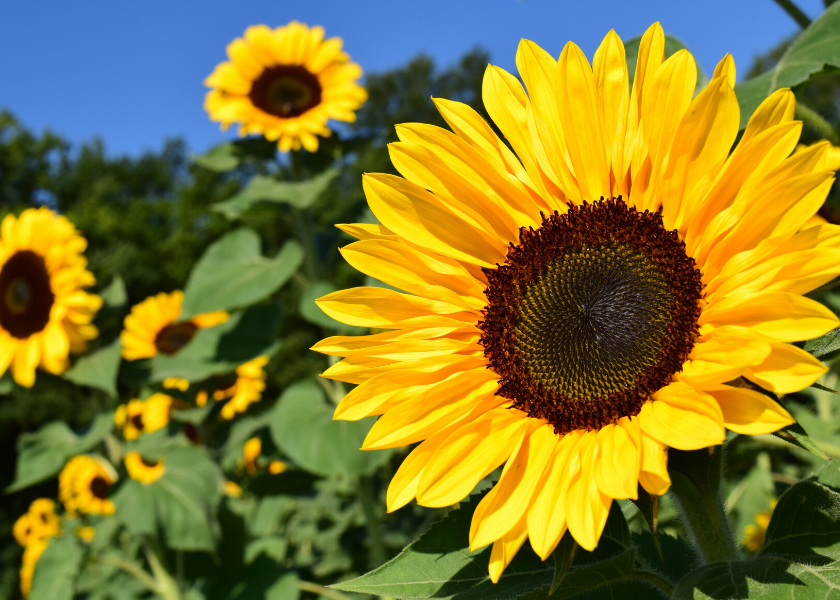 7. Sunflowers
Sunflowers are the perfect spring flower, and planting them is so easy! These happy flowers thrive in our hot Bermuda summers, and will sprout almost anywhere you throw a few seeds down. Learn more about planting sunflowers in your garden, here. 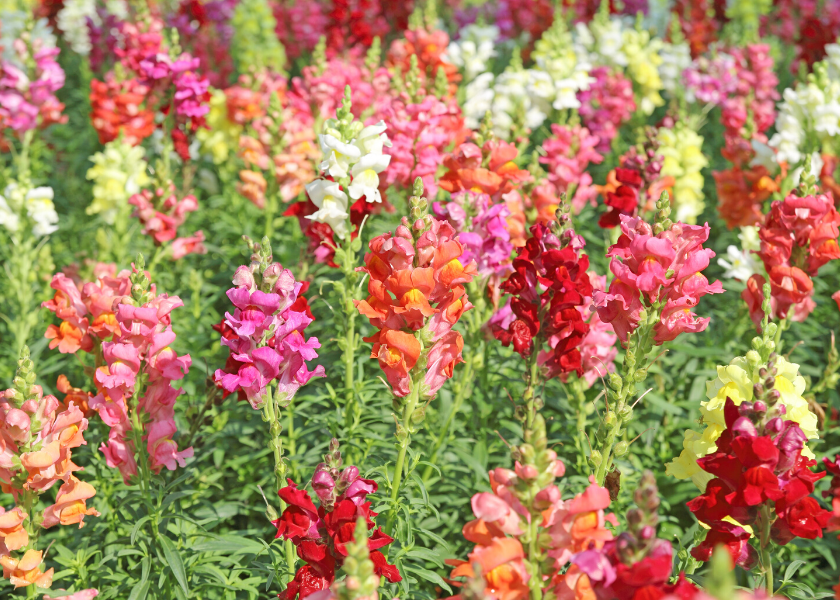 8. Snapdragons
If you have snapdragons growing in your garden, you should know that removing the dead flowers, also called “deadheading”, is important to help them to continuously produce beautiful flowers throughout their growing season. They are susceptible to ethylene gas so removing dead flowers and keeping them away from ripe fruits or vegetables also helps them bloom longer. They grow during their peak seasons of April to June and August to October and bloom in a variety of colors ranging from: white, yellow, orange, red, purple, pink and some multicolored patterns. 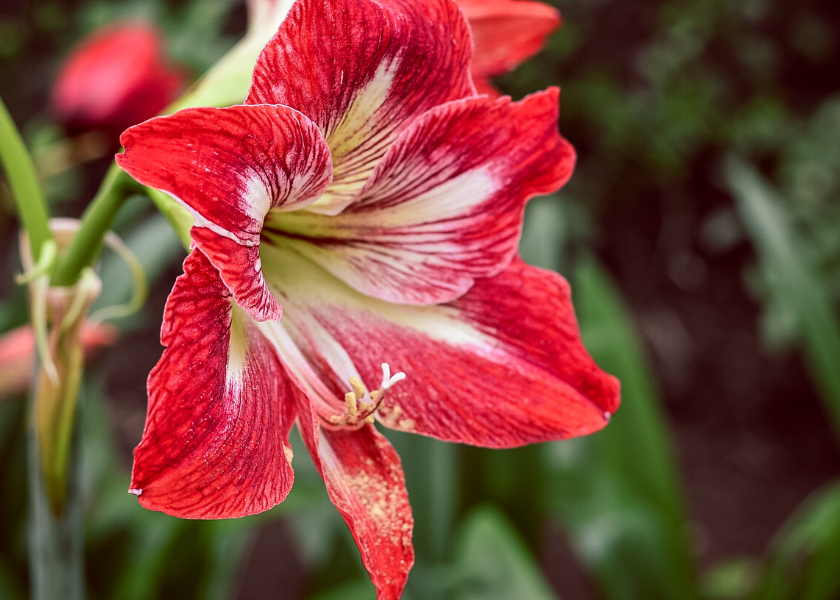 9. Amaryllis
Flowering of the Amaryllis takes place in the spring time: March, April and May. In most cases the flower stalks appear before the foliage. After flowering, the leaves develop and the plant continues growing throughout the summer months. Occasionally, flowers are produced during the autumn. In the late autumn the leaves die gradually, so that by the time flowering commences, the plant is leafless.