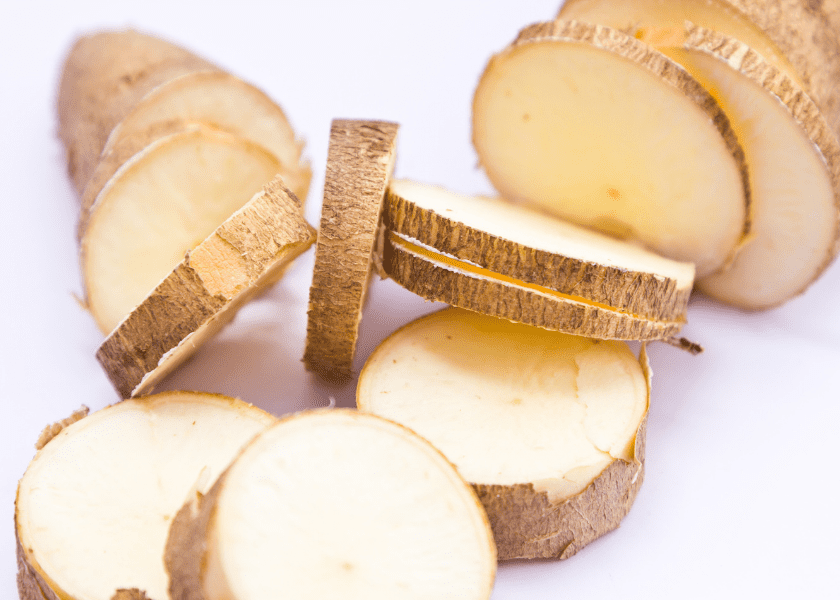 Bring on the Cassava Pie!

A Bermudian Christmas without cassava pie would be like Easter without kites. This unusual dish—a sweet, spicy cake with a meat filling—is as essential to a local Christmas dinner as the turkey itself. Families usually make a large quantity and eat it hot, cold and fried in slices all during Christmas week (and often tuck some into the freezer for Easter, too). To the uninitiated, cassava pie is an odd mix of sweet and savoury. But it’s a combination that seems to please the Bermudian palate, particularly at times of celebration; the hot-cross bun with a fish cake inside is another prime example.

Cassava pie is a Bermudian tradition that dates back to the first decade of settlement when the cassava plant was brought from the West Indies in the early 1600s to help feed the struggling colonists. The ground cassava root was mixed into a batter with the eggs of wild birds, and because wild hogs were plentiful, pork was added to the batter.

Over the generations, families have adapted the recipe to suit their own preferences, which means that today cassava pies are as individual as the cooks who make them. Some like the pie sweet, others hold back on the sugar but toss in more spices. Some like the cake firm and dense, others prefer it light and crumbly. Beef, veal, pork and chicken have all been used in the past, but these days most cooks seem to stick to either pork and chicken, or chicken alone. Of course, you can omit the meat filling altogether for a vegetarian alternative.

Traditionally, the pie was made on Christmas Eve or even Christmas morning. Now that most people have freezers, the pie is often made in advance, frozen and cooked or reheated on Christmas Day. The leftovers are often warmed in a frying pan for breakfast on Boxing Day and many days following.

The preparation of the cassava root used to be a tedious and messy task, but you can now buy frozen grated cassava, which has to be thawed overnight before making the pie. Farina (dried ground cassava) is also popular these days. If substituting farina for cassava in a recipe, use only half the amount. This is because liquid added to the dry farina brings it to the same consistency as fresh cassava—about 4 cups of liquid are required (half cold water and half evaporated milk) per pound of farina. Stir and leave for at least an hour or overnight for all the liquid to be absorbed.

With these easy alternatives to scraping and grating, cassava pie is one tradition that is clearly going strong in the modern world—there is even a Bermuda Cassava Pie Club on Facebook.

What is cassava?
For those unfamiliar, cassava is a woody shrub with large, tuberous, starchy roots that cluster just beneath the surface of the soil. Grown in tropical and subtropical areas of the world, it thrives in poor soils where cereal grains cannot be grown, and it can tolerate drought. For these reasons, it is a vital staple crop for millions of people worldwide, known in some places as yucca or manioc.

Nutritionally, cassava roots are similar to potatoes, but they have twice the fiber and more potassium. There are two main varieties: the poisonous, bitter type (manihot esculenta) and the sweet, nonpoisonous type (manihot duleis). The skins of both varieties are poisonous and must be peeled. Hydrocyanic acid is found in all parts of the plant and can result in cyanide poisoning to those unfamiliar with its preparation. The roots of the sweet variety can be eaten raw, but they are usually boiled or baked. The bitter root is poisonous when raw and must be carefully prepared.