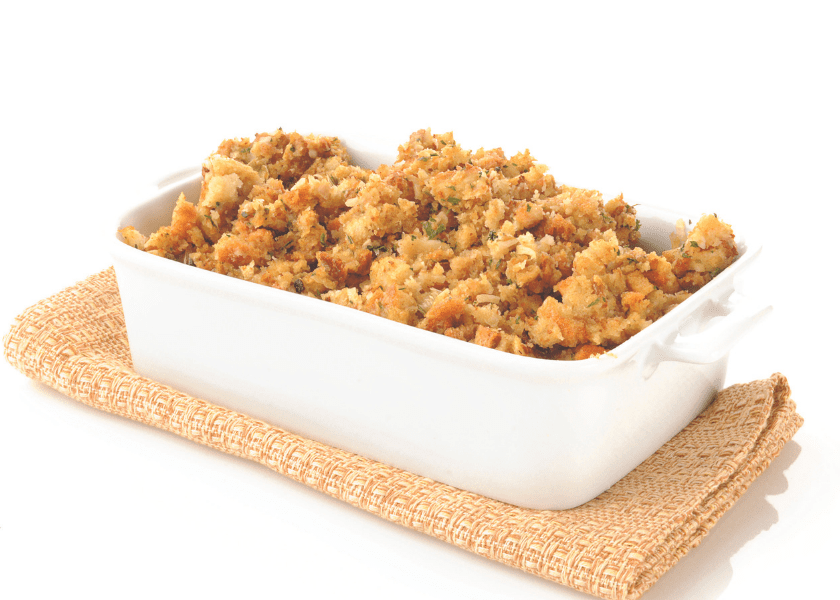 Not only does this recipe for chestnut stuffing include Gosling’s Black Seal Rum it also incorporates fresh locally grown herbs like thyme, sage and parsley.

Directions:
Place the peeled chestnuts in a pan of water, along with half a small onion and a little sugar and salt. Bring to a boil and simmer 35 minutes until tender. Drain, cool and chop. Sauté the onions in butter until translucent. Add the celery tops and cook another couple of minutes. Add the bread cubes one cup at a time, stirring well with each addition. Allow the cubes to sauté until golden. Transfer to a large earthenware bowl. Add thyme, sage, nutmeg, parsley, raisins, Gosling’s Black Seal Rum, apples, chestnuts, and salt and pepper and mix with your hands. Allow to cool completely. Stuffing may be prepared ahead. Do not stuff bird until just before it goes into the oven.

*To successfully peel a chestnut, make an “x” on the shell with a sharp knife and either plunge into boiling water for about 2 minutes, drain and cool, or roast them in the oven (400 degrees or over an open fire) until they split open. Peel away the hard shell and inner shell and proceed.