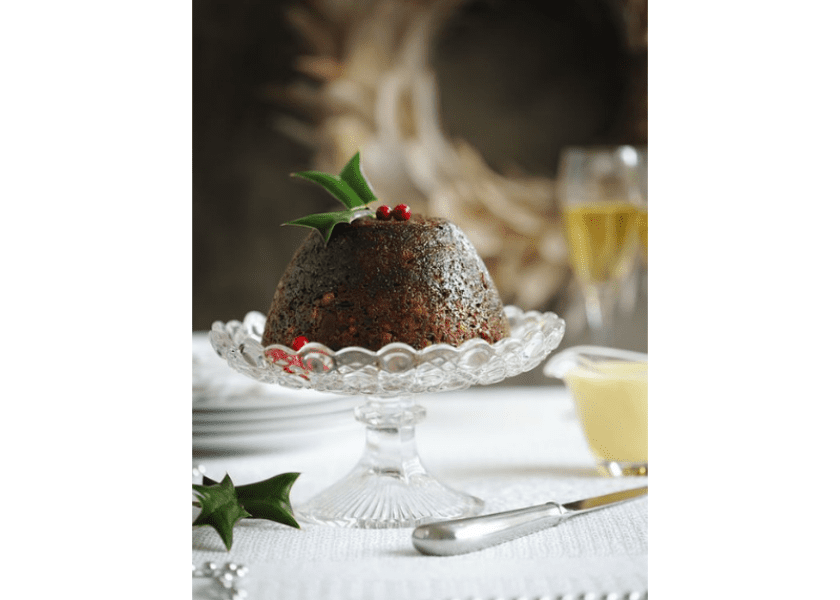 Christmas pudding is a traditional holiday dessert in Bermuda and while most make a hard sauce from Brandy, we think perhaps it’s more Bermudian to make it from Gosling’s Black Seal.

Directions:
In a large earthenware bowl, mix together everything except the eggs and Black Seal Rum. Moisten the mixture with the eggs and then enough Black Seal Rum so it will hold a shape. Press the pudding-to-be in a buttered pudding mould or basin, filling it full. Tie it tightly with a floured double layer of cheesecloth. Shaping it into a “cannon ball” and steaming in a swaddling of cheesecloth takes the same amount of time as in a mould. Boil (steam) for 5-6 hours. Unwrap, turn out and serve steaming hot, with a sprig of holly stuck in the centre, and set alight by pouring flaming Gosling’s Black Seal Rum over the top. Once the flames subside, slice into portions and serve with hard rum sauce alongside.

Directions:
Melt the butter and sugar together and add the rum, stirring until the sugar has dissolved completely and the sauce has begun to thicken. Allow to cool to hardness.