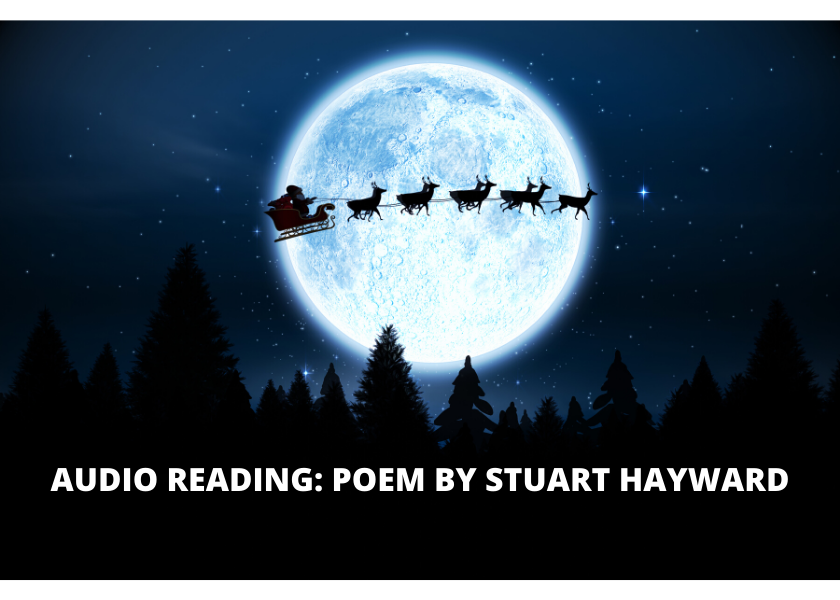 Although Stuart Hayward wrote this poem back in 1983, it still rings true for Bermuda so we thought we’d share it with you.

‘Twas the day after Christmas and down by the shore,

Things were so quiet you could hear the crabs snore.

The children were sullen, and each now and then,

They would grump to each other: “The man’s late again.”

Now Ma in her head rag and me in my locks,

Had just settled down to some sounds from the box,

When out on the horizon there arose such a roar,

I saw a big wave reaching up to the sky,

And on a huge surfboard a dread little guy.

With a swimsuit too big; he was skinny and drawn,

As he surfed in he was stifling a yawn.

He was haggard and weary, just really worn out.

“Is this place Bermuda?” we all heard him shout.

“On the map here it shows as a pretty green Isle,

No buildings and traffic for mile after mile.

“I sailed right on by here full two days ago;

The chart said ‘Bermuda’ but my heart told me ‘no’.

Where’s all the flowers and all of the bees?

“And the nice friendly natives? I don’t understand,

Why you’d want to fill up such a beautiful land.”

I looked out to sea and for mile after mile,

Trailed a string of big surfboards, each with a huge pile.

There were thousands of boxes, some big and some small;

It was hard to believe that we’d ordered it all.

“You know you folks have carried the ‘good life’ too far,

You treat the whole world like a ‘gimmee’ bazaar.

“Just half what you ordered left my old sleigh quite broke

And five reindeer died from the strain of the yoke.

If it wasn’t for surfboards it would have been tough;

Now give me a hand to unload all this stuff.

“There’s satellite dishes and videos too,

And condos and yachts, just to mention a few.

Toyotas and Hondas, and Fords and Isuzus,

And of course Mitsubishis and even Subarus.

And a couple of oil wells, to make room for more.

I guess it’s ‘good-bye’ to those quaint byways.”

It took us three days to unload all that stuff.

And fighting broke out ‘cause it wasn’t enough.

Santa had to say “Sorry,” to the girls and the boys,

“The big people’s orders left no room for toys.

“Maybe when you grow up you will get your chance too-

That is if there’s anything left then for you.

The way things are going it looks mighty grim,

And I’m willing to wager your chances are slim.

“You see, when people start grabbing for things,

Then happiness flies off as though it had wings.

Your folks have got more than their share of possessions,

And each one just generates greater obsessions.”

He mounted his surfboard and looked kind of sad,

You’re caught up in wants and desires I fear,

But it isn’t too late to bring wisdom to bear.

“Why not make altogether a New Resolution,

That by Christmas next year you will have a solution,

You know you’re unique; you can take on the role,

To plan for your Isle and the world as a whole.

“A world where each child will be cared for and fed;

Where bigotry, prejudice and  hatred are dead;

A more equal sharing of wealth and of power,

So each one’s potential can bloom like a flower.”

He hitched up his pants and sailed off for a while,

Then he turned and gave an encouraging smile.

And we heard him exclaim as he faded from view,