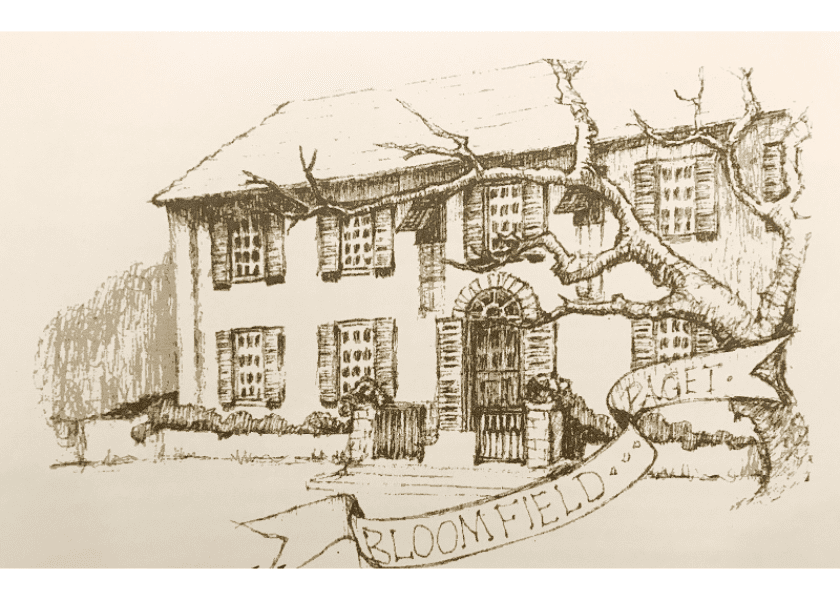 I stood in rapt attention as I listened to Ethel Gosling one summers night in 1966 at Bloomfield in Paget. The story of Nancy Nelmes was a sad one which was recited in great detail and with much empathy and affection. The young woman “took a chill” and, as her wedding day approached, died. Nancy was repeatedly heard, sometimes weeping in the room that had been hers, and was frequently seen by a variety of people. Since Ethel ran Bloomfield as a guest house for a few years, there came a day when the friendly advances of Nancy’s phantom were taken amiss and a newly arrived young bride was startled on the stairs, she felt a firm hand resting on her shoulders as if her attention was being sought. Observing this one-sided exchange, it was then that Ethel finally accepted the fact that she would have to forego the pleasure of her invisible resident, to whom the whole family had become so attached over the years. It was with the greatest regret that she secured the help of the clergy and arranged for an exorcism to be performed. So off went Nancy to her release and, we trust, welcoming new horizons.

The Nelmes family sold Bloomfield to the Gosling’s in the 1860s and moved across the way to the Deanery, which overlooks the Bloomfield estate. From here, it was said, the Nelmes daughters would gaze back with longing at the lushness and beauty of Bloomfield, regret at their loss uppermost in their hearts.

Mal and Mary Gosling took up residence at Bloomfield 22 years ago. During one lively family gathering, Mary wondered aloud to a cousin known for her sensitivity, “I wonder what Nancy Nelmes thinks of all these children running around?”

“She’s out in the garden and very happy,” was the reply.

Ethel had another tale to recount. This was not a haunting tale but rather one of a “precognitive visitation or crisis apparition” if you prefer.

With the weekend upon them all, Ethel and another friend had gone ahead to a picnic site upon the hilltop overlooking the sea, to await three other chums. After some time, they were pleased to see the three tardy ones approaching. They were all waving happily to one another. Ethel and her friend above and the three making their way up from below. Five minutes and more passed as the distance closed between them…one quick look seaward at the sailboats beginning a race and the church bell began to toll. As they returned their attention to their friends, they realized there were only two of them. George had disappeared from view…

“Where did George go?”

“George? He isn’t coming, he’s been home sick all week.”

“But he was with you coming up the hill, we both saw him!”

“Well, you were both seeing things!”

Feeling each was playing tricks upon the other, they challenged one another on and off for the rest of the afternoon.

When we reached home their parents informed them that George had passed away earlier that day, having lost his battle with pneumonia.