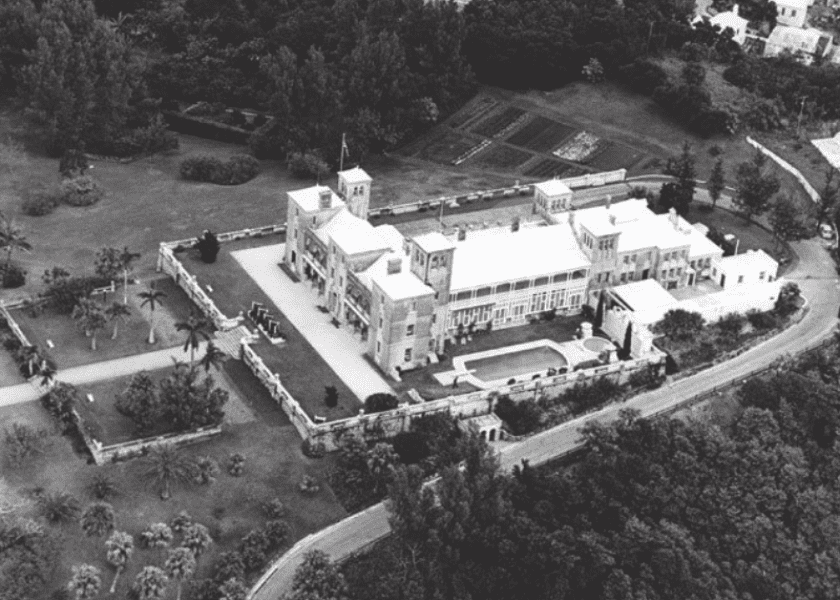 It has been suggested that one of our early Governors was so unpleasant that his wife was subjected to physical abuse and probably mental as well. Far be it for this writer to assert this as fact and defame the man’s reputation further, however, the wife has been encountered haunting the grounds as if seeking the swine, clearly with a view to getting her own back.

Picture, if you will, a black-shrouded form with arms searching, woeful eyes, looking for the disloyal and unseemly man of high office who had so ill-treated her. Obviously, he has beaten a hasty retreat into the neither regions to avoid a vengeful confrontation on a more spiritual plane, where the wronged lady’s chances were now at least equal to his own.

The well-documented and perpetual search was revisited upon a specific pathway in the area, notably on moonless nights. Immediately prior to and just after her appearance, the rustle of taffeta is heard nearby. Endlessly seeking only the offending shade of her formerly abusive spouse, an unsuspecting person once accosted by this judgmental apparition, was never faced with such an affront again. Partly because he was proved to be a case of mistaken identity, but, more likely, because he was never to be seen in the area again so close to his sea of regal authority – not if he could help it.

Also, on Government House grounds, there is a bell that has been known to tinkle in the orchard whenever thieving hands are about the pluck the fruit and spirit (pardon the expression) away on a dark night!