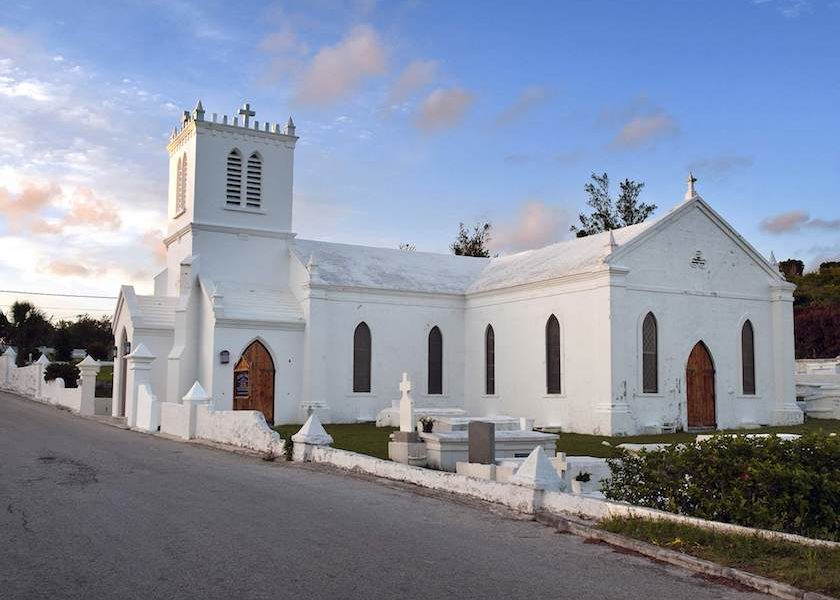 After our marriage, I moved into the St. Anne’s Rectory with Reg. It is a very old house with many interesting features including bricked-up and plastered-over fireplace, which is said to have a secret passage.

There were many strange noises at night, doors opening and shutting, foot-steps, etc., and when I asked Reg about them, he said airily, “Oh yes, the place is haunted; Canon Walker (a predecessor who lived in the house for many years and who started Somers College there) often visits us at night. I see him and talk to him…”

Seeing the horror on my face, he quickly added, “but he is very friendly, nothing to be frightened of.”

The noises and footsteps continued, and then one night I distinctly heard Reg talking to someone. Next morning, I asked him about this and he replied that he couldn’t sleep and had gone to have a chat with Canon Walker.

“Next time he visits” I said bravely, “wake me up; I want to see this gentleman.”

There in the doorway, the bedroom door was never closed, stood a man.

“Describe him to me,” said Reg, “then I’ll know you really can see him.”

Without hesitation, I said, “He’s tall, has silver-grey hair, longer than usual, he’s got a stiff clerical collar, something black, and he’s wearing a long white alb – under his arm is a black book.”

“That’s him to a tee,” said Reg, then “Meet Canon Wa…” Before he got any further, I let out a yell and flew into Reg’s bed. With that wicked chuckle of his, he said, “My! We must do this more often!” – and I swear I saw a smile on Canon Walker’s face.