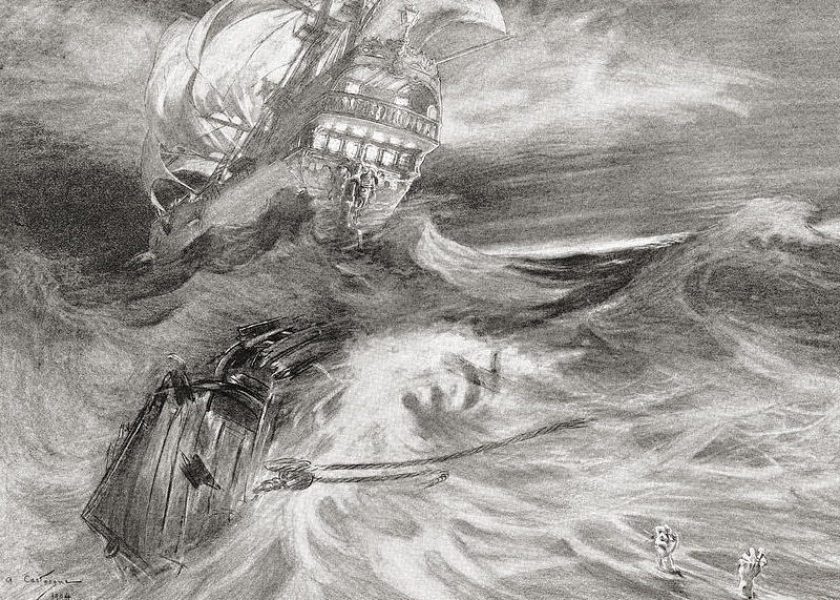 Here is a tale of far more incredible proportions. The Minerva was built on the North Shore in Bermuda, early in the 19th Century. She had developed an enviable mercantile reputation by the time she left Ely’s Harbour under full sail in 1849, her destination Africa and the Far East. After two years had passed without a sign of her returning, she was presumed lost.

It was, therefore, a startled community surrounding Ely’s Harbour that awoke one morning to see this nearly forgotten ship, forlorn and listing heavily, in the lagoon that seemed to embrace her – a ghost ship to all intents and purposes. Of the crew, there was no trace. No Flying Dutchman this, the Minerva played no phantom games shimmering into and out of haze. The last entry in the ship’s log placed her far out in the Atlantic, possibly as far as the Indian Ocean where, in danger of foundering, she was abandoned at sea. With not a soul on board, she had drifted at the will of the ocean currents for more than 14 months!

Navigation of these reef bound waters, and the narrow inlet into the harbor itself, is a task for only the most experienced helmsmen. For the Minerva to have drifted in without assistance, sails shredded and flapping, rudder running free, is a story of incredible dimensions. Only her ship’s log found in the Captain’s quarters gave mute testimony to the awesome time lapse noted in its last entry all that time ago. Even this gave no hint at what might have actually taken place.

Seaworthy she must have been, but few would have wished to trust themselves to her future. Presumably, she was dispatched under tow to an outside agency, which might have felt less superstition on behalf of an unsuspecting crew yet to be pressed into service on this “ghost” ship.