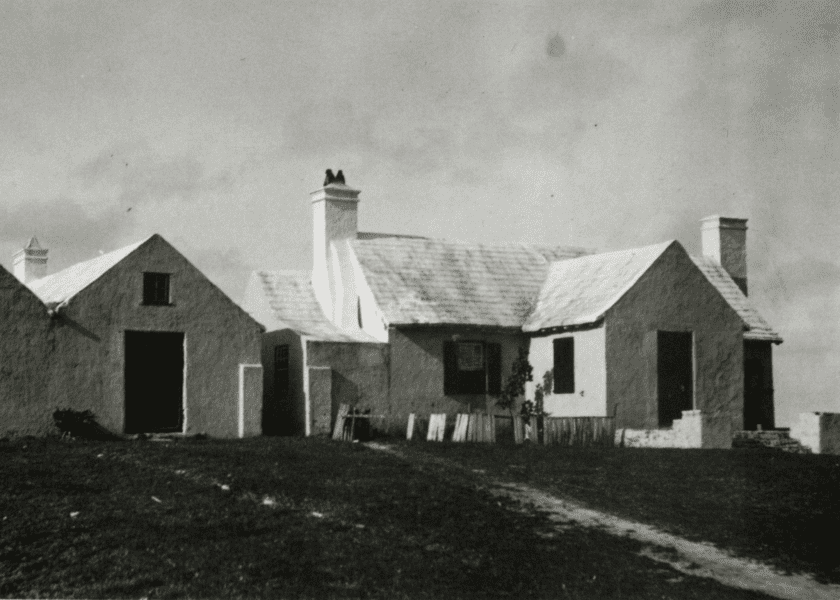 When you hear at Billy’s back, your first question would be Billy who? In this case it’s the least likely man in this part of an unlikely era for bona-fide ghosts. When we say that West Point is humming with life you might think we’re making reference to young American military cadets with stiff upper lips in the rigid control of army drills and disciplines – well, you’d be wrong. We refer to Westpoint, Shelly Bay, Bermuda, and to Billy West who, having made his transition a few years ago, has opted to make a recent sentimental sortie into his old homestead.

His early morning wanderings so far include the kitchen, the stove and the refrigerator…if the fridge is not cold enough, Billy lowers the temperature. Frustrated family members raise the runaway tempera­ture to normal only to find it dropped back to zero again.

It also appears that previously unheard-of coldspots are making their presence felt throughout the house, sticking, as it were, to members of his family with glue-like insistence for, as in life, Billy refuses to be ignored.

“It was less than a year after Billy West went to the ‘other side’ when, on a lonely night, my sister Lexi was startled by the sound of running water from what used to be Billy’s bathroom. There was no one else in residence that night. so a startled Lexi ran into the bathroom to find both taps spewing water out at full pressure. These taps weren’t fooling around, they were opened all the way! This event happened on two other occasions – once, while my mother was present. After a moment of adjustment. it seemed perfectly natural to just turn and say ‘Hello Billy’, before turning the taps off.

“Lexi is very similar to Billy. By that I mean, in her habits. She rises every morning before the sun is up, and in the winter stories the fire, then goes to the kitchen to prepare the coffee and start her morning chores.

“It was during one cold winter morning, before daylight savings had started, that she arose as usual, and went to check on her two daughters, Hannah and Sara, and of course, Mimi, her mother. As she passed the head of the stairs going towards the girls’ room, the lights switched on in the kitchen. She stopped, rested her hand on the low bookcase and, leaning over the railing, heard Billy’s distinctive sneeze. With a smile she called out. ‘Hello Billy. I’II be right down.’

“The girls and Mimi were still sleeping soundly, so Lexi quickly descended the stairs, arriving just in time to see the kitchen lights go out! Entering the kitchen, she switched the lights on again, and, standing very still, looked around the room. A strong aroma of coffee wafted in the air, yet there was nothing on the stove. To complete the picture, there was an empty cup containing coffee dregs, resting in the sink. It hadn’t been there the night before.

“Billy has made his presence known at Westpoint for some time now, but so far, no one has come face to face with him. Rest assured a warm welcome awaits him if he ever does make an appearance.”

“Hartwell Hollis was my father Billy’s best friend, and he passed over a number of years ago. About a year after he died, he made a brief visit to my apartment at Westpoint. It was a hot and airless evening in which the slightest movement had you drenched in perspiration. I was in bed when I heard the sounds of muffled footsteps approaching my apartment from the east.

“The temperature dropped alarmingly – it was quite remarkable.

“I sat up preparing to go and see who was outside, when suddenly Hartwell appeared in my room! Hartwell was known to us as Benny, a nickname he got from the many games of Euchre he played. As matter-of-factly as possible, I asked ‘What the hell are you doing here, Benny?’

“He smiled and replied, ‘Just passing through, little Benny.’

“And that’s what he did. Passed right through the closed screen door! I jumped from my bed and looked out after his retreating form as he walked across the roof at Westpoint. As if prompted by an afterthought, he stopped, turned his head, and gave me a closed two-finger salute. Then, with a nod, he slowly walked into infinity, disappearing into the right side of a very yellow and hazy half-moon that hung low to the southwest.

“It was a wonderful experience, though I never saw him again.”

“Westpoint has undergone a few structural changes over the years, but on this occasion, while digging the foundation for a new building, we came upon a grave. Later on I opened it up, removed the bones contained therein and gave them to the police.

“That night everything was very still, not a breath of wind stirred, but suddenly, my front door was blown inwards. I went to push the door to again when I saw misty figures swirling around the site of the open grave. Then they began spiralling upwards, dissipating as I watched. Whatever brought the whirlwind had gone.

“The next morning, Lexi told me she had seen an old man and woman with a younger woman walking up the driveway towards the house. She went to the door to see what they wanted, but no one was there.

“Some time later, the police called to say the bones were of three different people; an old man of about 85 years, a woman about 80, and a younger woman of roughly 35. They had been dead for about 150 years, and it was 1970 when I found them, so you can calculate that the eldest of the skeletal remains had been born between 1735 to 1740.”