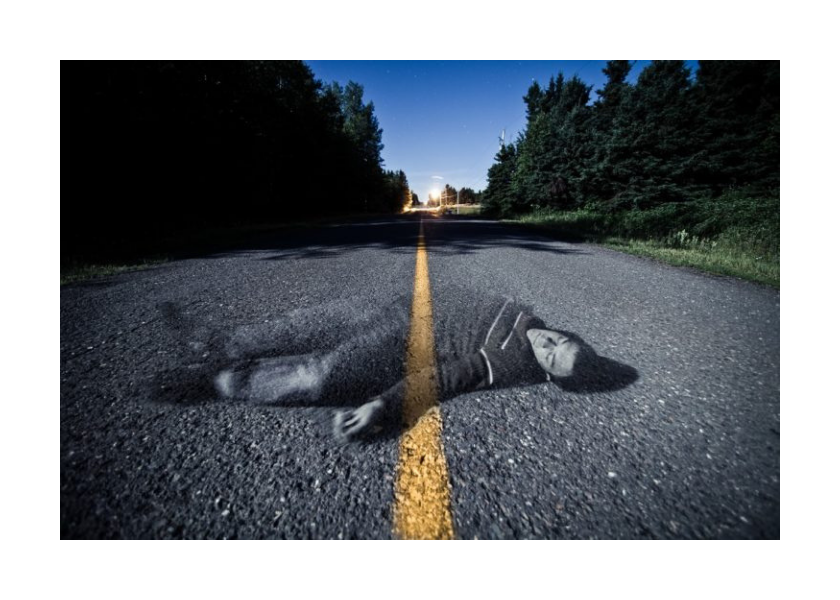 The night of July 14, 1979 hangs on my memory like a pall. The journey home to Orange Valley from Smith’s Parish would haunt me for a long time to come.

It was nearly midnight when I headed home on my scooter. Leaving Middle Road at Devonshire Church. I turned on to Parson’s Lane. Just as I did so, another cycle rode directly behind mine.

I clearly remember how startled I was at the suddenness of it, because there had been no vehicle following me on Middle Road.

In the next instant they cycle pulled up alongside mine, so close I thought it would run me onto the verge. Praying it would pass me, I veered left onto Jubilee Road and accelerated. To my horror, they cycle was again keeping pace with me! I managed to see that the rider was a young man in his early twenties, about my age. He had long blond hair and was not wearing a helmet, although a mandatory law enforcing the wearing of helmets had been in effect for at least a couple of years. He did not look ahead, as I had to; instead, his penetrating eyes were set on me.

I tried to go faster, but was unable to get ahead of him. I knew I had to confront my pursuer and, almost without thought, I pulled alongside the dirt lane in front of Mingston and abruptly stopped. Looking over to where he had been I saw that he had vanished! An icy shiver ran down my spine because there was nowhere for the cycle to have gone in the split second I had to bring mine to a halt! Had it raced ahead, around the corner, I would have heard its engine speeding off into the distance. Only the song of the whistling frogs coming from the marsh hung on the night air, which otherwise was silent as a tomb.

The following morning I recounted my horrifying confrontation to my father, who at first seemed puzzled. Then he recalled that sometime in the late 1960s a young man, fitting the description of the stranger I saw, was killed in a cycle accident in the area. Indeed, he had not been wearing a helmet when he died.

Post Script
Before he died in 1991, the late Reginald E. Ming, whose home was Mingston, made mention of an unaccountable incident he experienced one night as he walked home from a meeting at Devonshire Church. Sprawled across the road was what, in the dim lamplight, appeared to be the body of a man! Fully expecting to find the prostrate form of an accident victim, he approached the figure with misgivings. Standing over the still form, he slowly bent down to touch him – then with a gasp, he stopped. The body had disappeared!