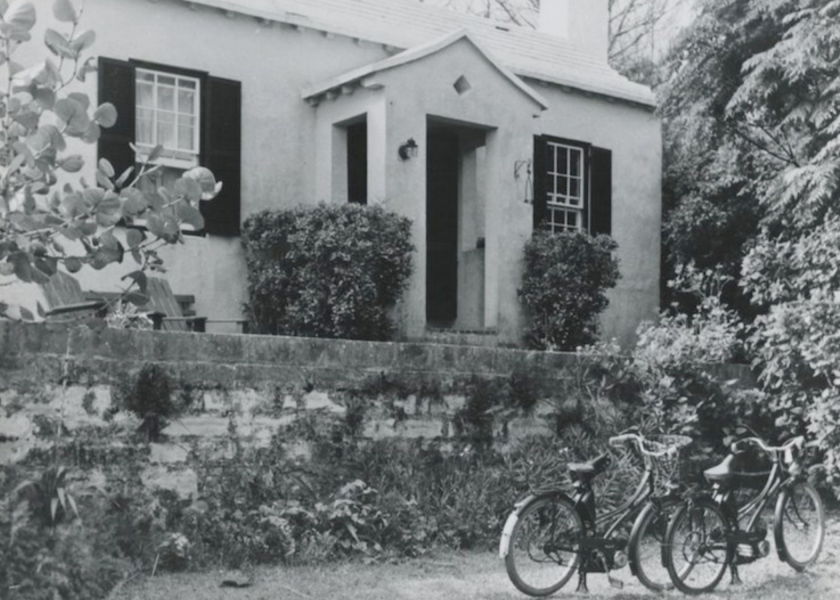 How to Build a Drystone Wall

An excerpt from The Traditional Building Guide, first published in 2002 by the Department of Planning and the Bermuda National Trust.

One of Bermuda’s earliest building techniques was the drystone wall, so called because it was laid without mortar. When the island was divided into tribes and shares in the early 17th Century, this entailed marking out boundaries, which was done first with cedar branches and piles of stones and then with ‘tribe’ walls. Several tribe walls still exist today. They are often in jeopardy. People don’t realise the significance of these low and seemingly insignificant walls that border their property. Other kinds of stonewalls developed later in Bermuda and they reflect the skills of Portuguese craftsmen.

Bermuda does not have loose fieldstone, so the stones used for dry walls were the by-products of quarrying.

Drystone wallls were built for a variety of other purposes. They kept domestic animals in, and they kept these same animals off the vegetable patch. A description of St. George’s in the early 19th Century indicates that houses there sometimes had drystone walls covered with cactus plants as protection from human and animal intruders. A wonderful example still exists today on Printer’s Alley.

‘Drystone’ walls is now a misnomer; more often than not they are built today with a central core of rubble bound with mortar. Today, miles of our public roadsides are still lined with such walls and there are many others, less visible, on private property. Some are built of odd-sized pieces of quarried stone, random ashlar and others of broken stone or rubble called ‘slipes’ or ‘jacks.’

If you want to build a drystone wall on your property, it’s not hard to do. Here is one simple method: first, you will need to assemble the right materials and tools. Off-cuts and broken pieces from a quarry can be obtained from a stonecutter today in much the same way as they were in the past. Rubble can be obtained from the contractor at an excavation site. You will need to grade and sort it according to size. Tools include a string line and four wooden pegs, a spirit level, a batten, a hatchet, a trowel and a shovel. And you will need all the ingredients for a weak concrete slurry.

Plan your wall according to its location. Old walls followed the contours of the land, and look more natural that way. The higher a wall, the wider it needs to be. A wall of up to four feet needs to be a minimum of 18 to 24 inches at its base. It will taper as it rises.

Traditional drystone walling is usually formed of two rows of stone laid back to back. By pre-sorting stones you can reduce the width as the wall tapers to its full height. Stability is provided by larger stones, which are built into the wall at least one for every square yard of wall face. These are laid transversely, and help tie the two faces of the wall together. The normal method of setting out walls is to set up two profiles of the wall section to be built on the line of the wall and run strings along the length, between the two profiles, to keep the wall evenly placed and with a straight face.

Where a wall is used as a retaining wall, an inner wall of concrete blocks reinforced with rods in the cavities and filled in with concrete is used and faced with stonewalling. This wall will need weep holes through the concrete wall to avoid the effect of ground water pressure. An engineer may be required to design a retaining wall, its footings and its reinforcement. The wall can then be faced with stone, bedded and pointed with mortar.

The finishing touch to a good quality wall is a course of capping stones to keep water from penetrating the wall. Capping stones were originally large cut blocks, generally 18 x 24 x 4 inches. It is hard to find such sizes today unless they are specially cut. An alternative capping is made of roughly rounded drystone blocks set across the wall and sometimes bedded in mortar to keep them in place. Not all walls had capping stones. Sometimes mortar is wiped over the top of the wall to help prevent water from penetrating the fissures and cracks in the stone, but this is rather ugly.