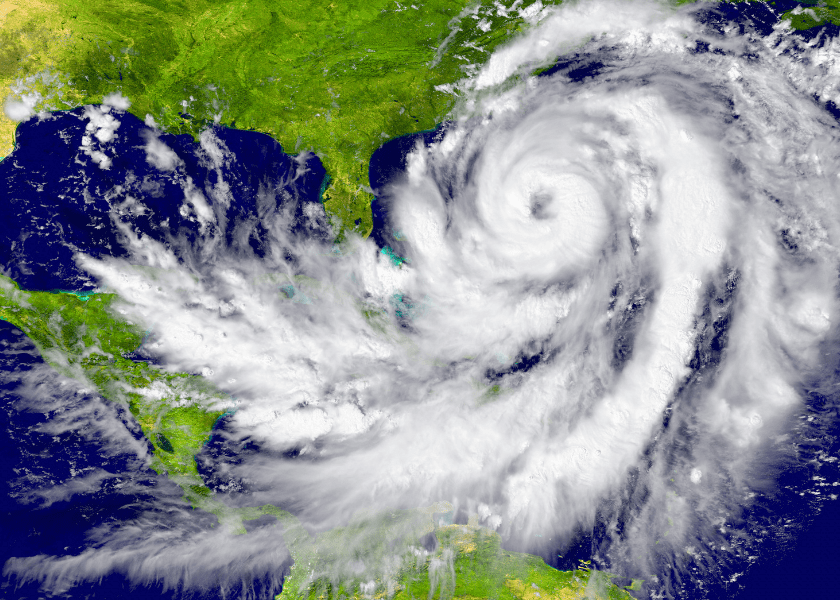 Everything You Need to Know About the 2022 Hurricane Season

A Tropical Cyclone: When a storm first begins to develop it is classified as a low-pressure weather system with organized thunderstorms, but no fronts.
A Tropical Depression: A tropical cyclone that has maximum sustained surface winds of less than 39mph advances to a tropical depression.
A Tropical Storm: The next stage occurs when the maximum sustained surface winds are or higher than 39mph, the system is then called a tropical storm.

Category 1: Once the storm’s winds reach 74mph it officially reaches hurricane status. When the maximum sustained winds are between 74-95 mph, it is a category 1 on the Saffir-Simpson Wind Scale.
Category 2: Winds between 96-110mph advance the storm to a category 2.
Category 3: A category 3 hurricane is the first of what are called ‘major’ hurricanes, this is due to their higher potential of causing significant loss of life and damage. A category 3 occurs when winds are between 111-129 mph.
Category 4: When the maximum sustained surface winds reach 130-156 mph, the hurricane reaches Category 4 status.
Category 5: The last rating possible, a category 5 appears when the winds reach 157 mph or higher. Catastrophic damage will occur.

2022 Names
Each year since 1953, the National Hurricane Center releases the names of the storms for each hurricane season. The list of names rotate every six years and is updated and maintained by the World Meteorological Association. The following are the names for 2022 (the ones crossed out have already been used this year):