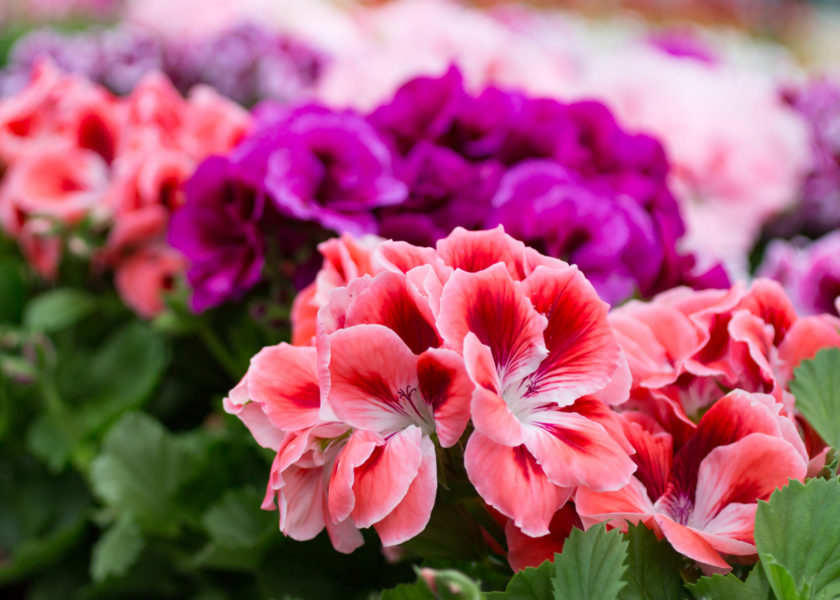 In the Garden: Spring

According to 100 Flowers and How They Got Their Names by Diana Wells, Jan Commelin, director of the botanical garden in Amsterdam during the seventeenth century, was responsible for dubbing them geraniums. In 1772 Scottish botanist and gardener Francis Masson, Kew Gardens’s first plant hunter, went to South Africa aboard HMS Resolution with James Cook, and sent hundreds of these “new” plants to England where they became very popular. Both Masson and Sir Joseph Banks, director of Kew, continued to call them geraniums. But by 1787, self-taught French botanist Charles Louis L’Héritier de Brutelle divided the Geraniaceae family into three genuses: cranesbill geraniums, erodium rock plants, and pelargonium geraniums, the latter being the ones we love to plant in our borders, pots, hanging baskets and window boxes. Zonal pelargoniums do well in Bermuda because they like alkaline soil, full sun and dry conditions.

Trumpet Vine is quite common in Bermuda because it’s easy to grow (propagated by cuttings) and is showily exotic. With its glossy green leaves and apricot or reddish orange flowers blooming in spring and summer, it’s great for transforming a wall or trellis into a show piece. It can grow up to 15 feet or more. After it’s planted, it needs little attention to promote growth, requiring no fertilizer and only normal rainfall. It is not subject to pests or plant disease.

However, trumpet vine can easily become uncontrolled since it self-seeds and spreads through underground runners. The seeds are similar to those of milkweed since they are attached to white fluff which, with the aid of wind, transports them to different locations. Trumpet vine can be very difficult to eradicate, so paying attention to maintenance is very important.

Meanwhile our local breeding birds begin their courtship and nesting season and become far more visible in our gardens where, according to their tastes, they may feed on berries, insects or caterpillars and worms. Eastern bluebirds can be seen swooping from trees and fence posts to feed on the ground. March (until as late as August) is the time to start checking bluebird nesting boxes for sparrow invasion and for the bluebirds’ pale blue eggs. Northern cardinals or redbirds begin courtship songs round Christmas time, the males’ brilliant red plumage adding to the festive season, although they begin breeding in April.

The white-eyed vireo, dubbed “chick-of-the-village” after its call, also starts nesting in April as do the European goldfinch and the grey catbird, whose eggs are a bright green-blue. All three have their own distinctive songs, adding to the pleasure of being in the garden.