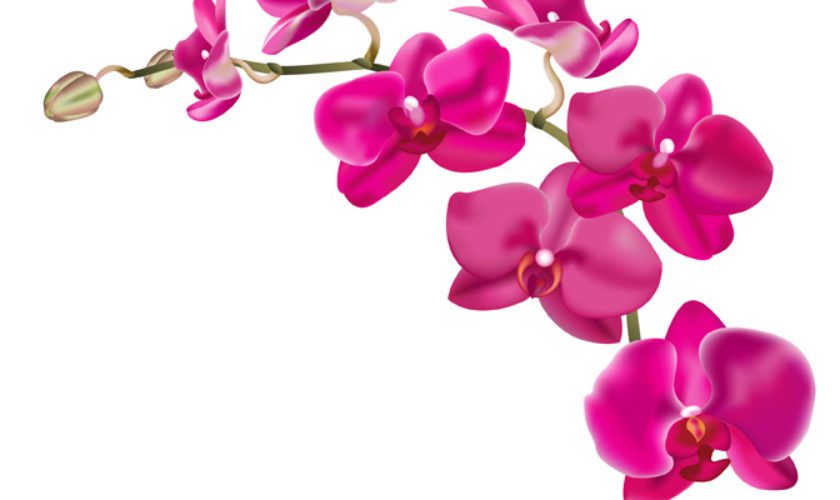 Sometime in the year 2000 we bought a dendrobium at a plant sale in the Botanical Gardens.

We were tempted by the long spike of buds slowly unfolding into blossom but perversely also by the realisation we just don’t have the personalities of orchid growers. Orchid growers have slat houses. They spend a lot of time nurturing, potting and repotting their plants and then showing them at various orchid competitions. We knew it was unlikely we’d do any of those things—our garden is mostly a collection of happy accidents: wild freesias and Bermudianas in the spring, a hedge best described as a medley (of hibiscus, honeysuckle, plumbago and self seeded lucky nuts) and trees that persuaded us to buy the house in the first place. But the idea of doing something different for the first year of the 21st century appealed to us. So we brought the dendrobium back, took delight in the three flowers that bloomed the next day and carefully watered it. The following day we despaired. The remaining buds fell off, the leaves turned sickly and all we were left with was a naked stem.

Neither of us could bear to look at it. We also couldn’t bear to throw it out. Mike potted it in a hanging basket and hung it on a branch of the cedar tree at the back so we wouldn’t have to witness its pitiful demise. Another happy accident in our garden is the luxuriant cascade of Spanish moss hanging from that cedar’s branches. Spanish moss triggers happy memories for us—because there were (and still are) curtains of it hanging from a cedar arcade near Cambridge Beaches where we spent our honeymoon. Besides, it comes in very useful for Christmas decorations. And after Christmas is over you can hang it back on the tree unharmed. That’s why I never mind when kids come over and want to use it for pretend hair and beards. They seem to intuit that another name for it is “Spanish beard,” coined by French explorers in the New World to mock their Spanish rivals.

Anyway, the dendrobium pot stayed hidden in the Spanish moss for months, and we forgot all about it until one Sunday morning we heard a warbler, went to investigate and immediately forgot all about the warbler. Swaying amid the tendrils of Spanish moss were four spikes of magnificent magenta dendrobium blossoms looking as if they were growing out of the tree. In fact, they were still (but only just) in the basket. Mike peered down at their protruding dry roots and wanted to water the plant. I wouldn’t let him.  Hadn’t watering it precipitated its rapid decline? Fortunately, there was a shower that late afternoon and we had the magical experience of seeing the Spanish moss turn green and the dendrobium flowers and glossy leaves glisten in the rain. Tree frogs broke out into chorus and we had the illusion of a piece of tropical forest in our own back garden. The significance of the orchid’s name came home to us: it comes from the Greek dendron for tree and bios for life—or “one that grows on trees, an epiphyte. No wonder it looked so at home with the Spanish moss, another epiphyte.”

Once the blooms were over, eventually seed pods appeared, which we left alone, and the leaves fell from the canes, which we also left alone. Mike watered and fertilised them about once a month (unbeknownst to me!) and lo, eventually we had new leaves and subsequently more blossoms.

Season after season more canes emerged until one year there were so many in the one basket, our neighbour Leon Stines, gardener par excellence, offered to separate the new plantlets (called keikis) and repot them. As a result of his surgically precise ministrations, we could share plants with him. Mike and I kept the original basket, however, on its usual branch. Come Hurricane Fabian, we forgot all about it until we heard an almighty crash—one of the cedar branches had snapped clean away from the tree. But after the wind abated and we ventured outside, we could see the dendrobium’s home branch was still intact and the flowering plant unscathed.

As I write, nine years and several storms later, more spikes of blossom spill out of the basket. A dendrobium definitely, but also an Orchid Named Intrepid?