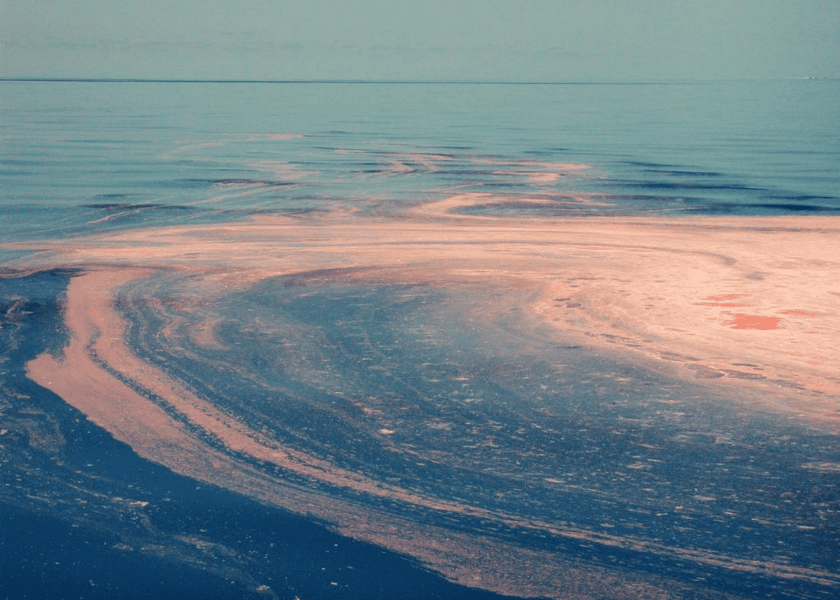 This year, resolve to see more of Bermuda’s natural wonders. Here are 5 things you’ve probably never seen in Bermuda but probably should.

Coral Spawn
Every summer, our corals participate in a spectacular spawning event. These animals are attached to the reef, and so they reproduce by releasing gametes into the water to fuse. Some species also reproduce asexually by budding, where polyps simply fragment off of the adult coral. Once baby corals are released and fertilized, they swim to the surface of the ocean, and will eventually settle on the bottom and begin to grow if they are not subject to predation.

In Bermuda, the coral spawn happens in early August, usually sometime close to Cup Match. At this time, mariners might see the salmon-coloured froth of coral polyps swirling on the surface above some sections of the platform.

Humpback Whales
Even though the whales pass by our little island every spring, many Bermudians haven’t had the chance to observe these huge, majestic beasts up close. In the North Pole’s short summer, the usually barren ice world is transformed into a powerhouse of activity, as it receives 24-hour days of sunlight. This energy allows for huge booms of photosynthetic organisms, which are eaten by vast numbers of krill. The vast schools of krill in turn attract humpback whales each year. The food reserves they gather here will allow them to travel to warmer waters to breed and give birth in the winter.

In Bermuda, humpbacks can be spotted with binoculars off of Portuguese rock at Spittal Pond, or West Whale Bay beach in Southampton. In addition, the island offers many private tours, which take you outside the reef and up close to the travelling pods.

Turtles in Walsingham Pond
Walsingham Pond in Tom Moore’s Jungle nature reserve is home to a wealth of biodiversity. The collapsed-cave pond is fed by an underground channel to the ocean, which means the pond is influenced by tidal action. It also means that small enough organisms can gain entrance to the pond through this channel.

When the first settlers came to the island, green turtles nested abundantly on our beaches. However, due to their appeal for human consumption, this colony was quickly wiped out. In the 1960s and 70s, many green turtle eggs were transplanted to the island in an effort to re-establish these colonies. Though these efforts failed, it is believed that a hatchling or two from this time probably made its way into Walsingham Pond. Finding the pond abundant with morsels it liked to eat, and safely enclosed, it likely grew until it couldn’t leave the pond again.

Usually, green turtles go through a complex life cycle, growing as hatchlings in the Sargasso Sea, and then coming inshore to places like Bermuda to forage on seagrass beds. After a certain age, the turtles appear to become pelagic animals again, or perhaps switch to a different kind of feeding ground before breeding again. In Walsingham, the turtles have spent their entire lives in the same pond, growing to an impressive size. If you spend some time waiting around the edge of the pond, you might be able to see these reptilian behemoths.

Stars without Light Pollution
Bermuda is one of the best places in the world to stargaze because our little island in the middle of the ocean has very low rates of light pollution. Though this dream is probably best achieved if you have a coastal property, or can get access to an island (Nonsuch is particularly good!), residents anywhere can look up at the stars.

Simply turn off all the lights in your home, and lie on your back on a blanket, looking up at the sky. If it’s really too bright, try settling down in a secluded nature reserve, like Astwood Park or Spittle Pond.

Simple star guides, or apps like Star Walk 2, can help you identify the constellations. Be sure to bring blankets, jackets, flashlights, and a thermos for a hot drink if you decide to strike this item off the list this winter.

Cahows Coming Home
The Bermuda Petrel, or Cahow, is our national bird. It is a nocturnal seabird that spends most of its life out over the open ocean. It is the second rarest bird on the planet, because they are endemic to Bermuda and we are the only place where a small nesting colony can survive. For 300 years it was thought to be extinct, but in 1951, Scientists Murphy and Mowbray, along with a young David Wingate, discovered 18 nesting pairs.

When settlers first came to the island, the cahow was targeted for food. Never having been exposed to humans, and because of their habit of nesting underground, they were easy to catch and kill. This quickly wiped out cahow populations. Upon their rediscovery, Dr. David Wingate found a passion for ornithology and dedicated his life to saving the birds. Nonsuch Island was a huge effort designed to create a suitable habitat for the birds, because their previous habitat on the mainland was inaccessible to them due to development and introduced species.

We now support over 100 nesting pairs. This rare Bermudian bird can be seen in November, and from January-June to breed. They can be spotted off the tip of Cooper’s Island at this time, or during cruises by the Bermuda Audubon Society, lead by Dr. David Wingate.