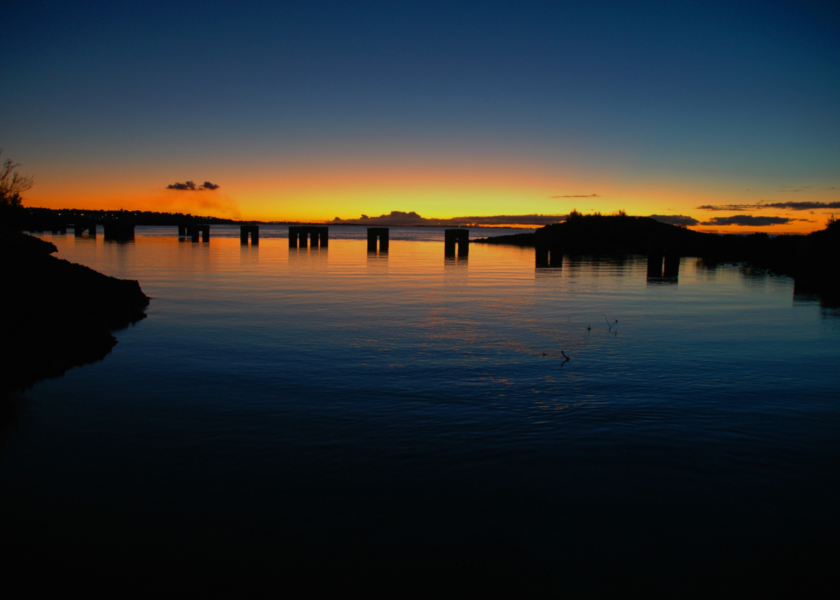 5 Creatures You Can See After Dark in Bermuda

Exploring local fauna during the day is always a worthwhile pursuit but once in a while, it’s exciting to take up exploration after dark to acquaint yourself with creatures that only come out at night.

Black Witch Moth
These large, bat-shaped moths are part of the native population of moths in Bermuda. It is a large moth, with females reaching up to seventeen centimeters across. At first glance, the moth is mottled brown, but upon closer inspection, its wingspan has many iridescent flecks of brilliant colour.

The moth is shrouded in folklore and in many cultures is considered to be a harbinger of death – in Mexico, it is believed that if there is sickness in the house and a moth enters, the sick person will die. In addition, Mexicans joke that if a black witch moth flies over your head, you will go bald. In Jamaican culture, the moth, called a duppy bat, is seen as the embodiment of a soul not at rest.

Interestingly, adults feed on overripe fruit, not nectar as many members of Lepidoptera do. A favourite fruit of the moths are bananas, of which Bermuda has a great surplus. If you’ve been neglecting your banana patch and have fruit rotting, you may be paid a visit by this nocturnal scavenger.

American Eel
The life cycle of these fascinating creatures has only been fully understood recently, and it takes them right onto Bermuda’s doorstep. The American eel is catadromous, transitioning from living in salt to fresh water and back again. When the eggs have just hatched, and when eels are at the fully mature silver eel stage, they inhabit the Sargasso Sea; in the intermediates stages, they live in U.S. rivers.

There is still much to be learned about these elusive eels, which appear to be pelagic rather than inhabiting reefs near the shore. However, there are many instances of eels, as either juveniles or adults, being swept into ponds by hurricane winds and being unable to migrate.

The eels are nocturnal, doing all of their feeding at night. Keen observers may spot these rare animals with a flashlight at Spittle Pond or in other ponds near the sea. They are a protected species and scientists are interested in their behaviour – if you do spot one, make sure to report it to conservation services.

Glow Worms
Bermudian summertime would just not be the same without the spectacular breeding phenomenon caused by the glowworms. These tiny creatures make a big impression, using chemical reactions to produce light in order to attract a mate. In addition, the worms reproduce by external fertilisation, and both female eggs and male gametes appear bright green when released into the water.

Two days after the full moon at exactly 56 minutes after sunset, their spectacular light show can be observed. Scientists have determined that the benthic invertebrates use the cycles of the moon to synchronise their breeding.

Good spots to watch the glowworms include anywhere on Ferry Point Park, BIOS, various islands in Castle Harbour, and private cruises. You can even swim with the glowworms to get to see this incredible natural phenomenon up close.

Barn Owl
This uncommon resident in Bermuda is a truly magical sight, with their heart shaped faces and noiseless glide. These impressive birds can have wingspans of thirty-seven inches across, hunting by sound small ground mammals. The pest control impact of barn owls is significant, with their main prey being black rats, house mice, starlings and sparrows.

Barn owls have been known to breed on island, and can be seen nesting in quarries, caves and cliffs. You may be lucky enough to spot one of these ghostly animals sweeping over open spaces for prey after dark. Bear in mind that barn owls only screech, never hooting – cooing that Bermudians may notice at night can usually be attributed to mourning doves.

Bats
There are no resident bat species in Bermuda but we get four migratory American variations. During spring and fall migrations they stop off here for food and shelter, so anytime from now until June is a great time to see them wheeling overhead. There are also two species of hibernating bat spotted in Bermuda. One of them might as well be a resident, as the spot it chose to hibernate happened to be on someone’s parked moped.

Bats are the only mammal capable of flight, and are more manoeuvrable than birds. Microbats and a few megabats hunt for insects using echolocation. This method involves examining emitted sounds and their returning echoes to create wonderfully accurate pictures of the landscape very quickly. All bats that come to Bermuda are fruit or insect eaters.

Bats roost in caves, but you will not find them there, as they do not breed here. You are more likely to see them at dusk, in large, open areas like the airport or Spittle Pond. If you do see a bat, be sure to report it to BAMZ.