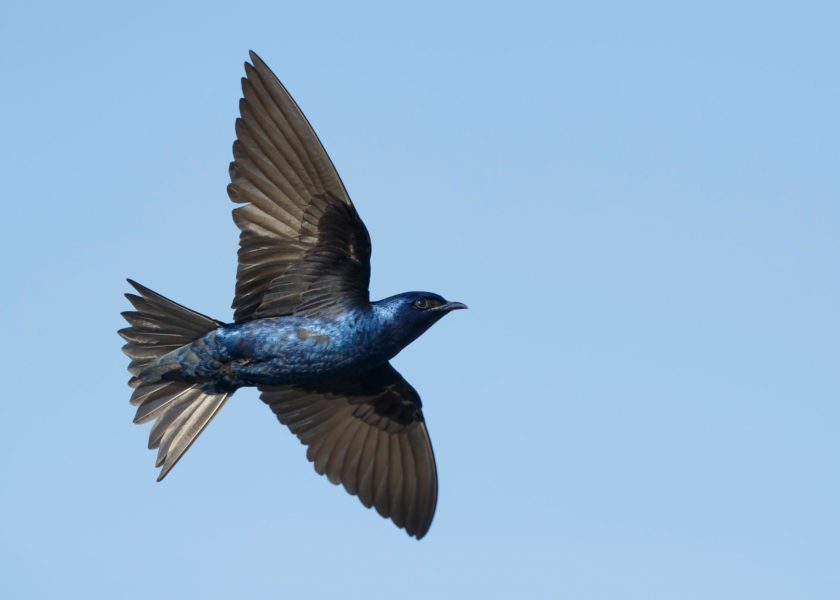 During the spring, visiting birds passing through Bermuda on migratory routes are sporting wonderful breeding plumage. Though few breed here, many different species can be seen passing through, especially at places like Spittle Pond. Besides migratory species, Bermuda has a healthy population of birds that stay here year round, as well as three species that breed here. 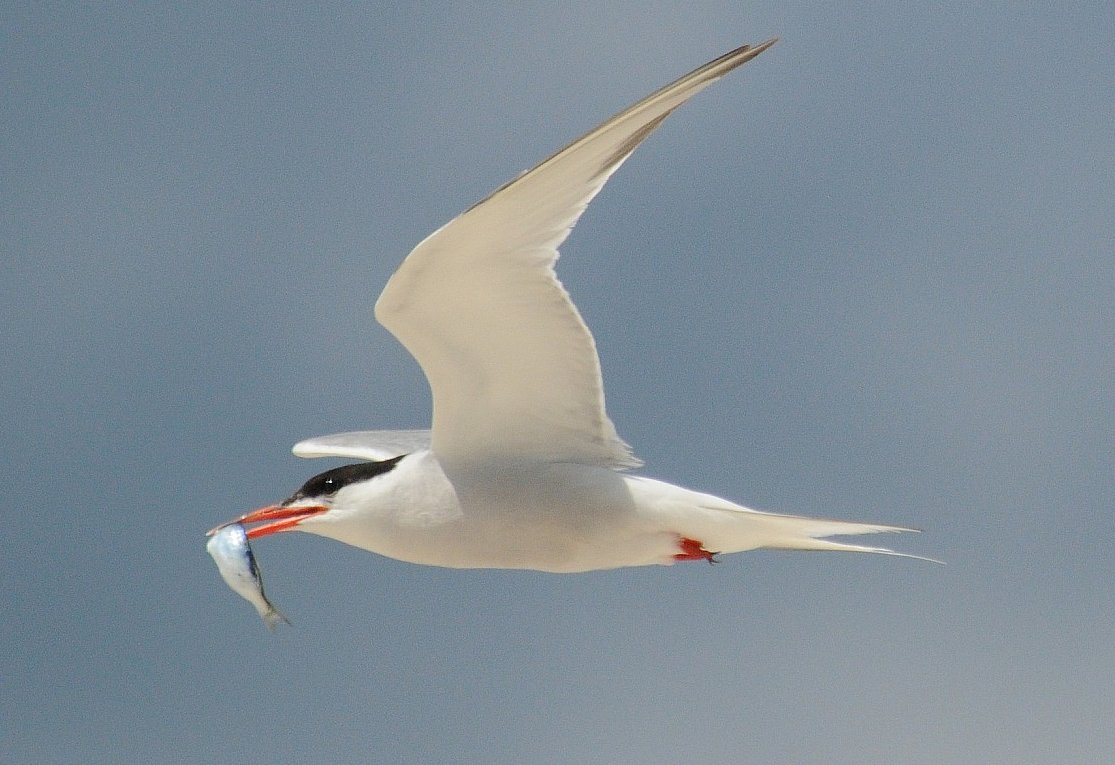 Common Tern
Common Terns make Bermuda their breeding ground, and the Audubon Society has recorded many passing through as well as breeding here. They are very vocal seabirds that have easily adapted to artificial substrates. One even nested in St. George’s Harbour on a flat and disused mooring buoy.

Characteristics: a white body with a black cap and orange beak. Angular wings and a forked tail, shorter than a longtail’s. 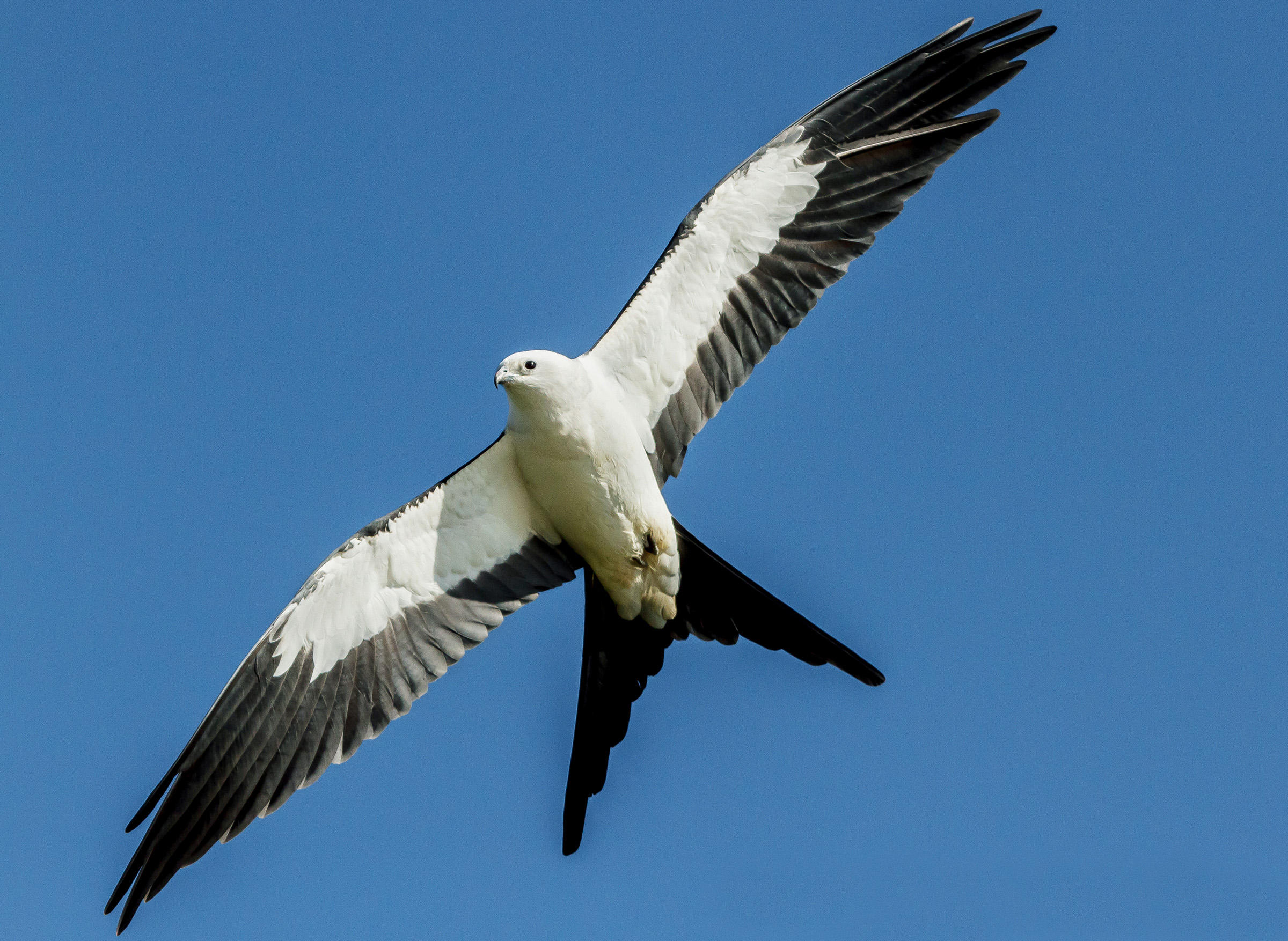 Swallow Tailed Kite
This American bird often passes through Bermuda on its way to northern hemispheres. It is an exciting spot for casual or more experienced birders, as Bermuda has no natural raptors.

Characteristics: a long and narrow bird with a large wingspan and long forked tail. Birds are mostly black with white in the centre of the wings and all over the body. The head is pigeon-like with a hooked beak. 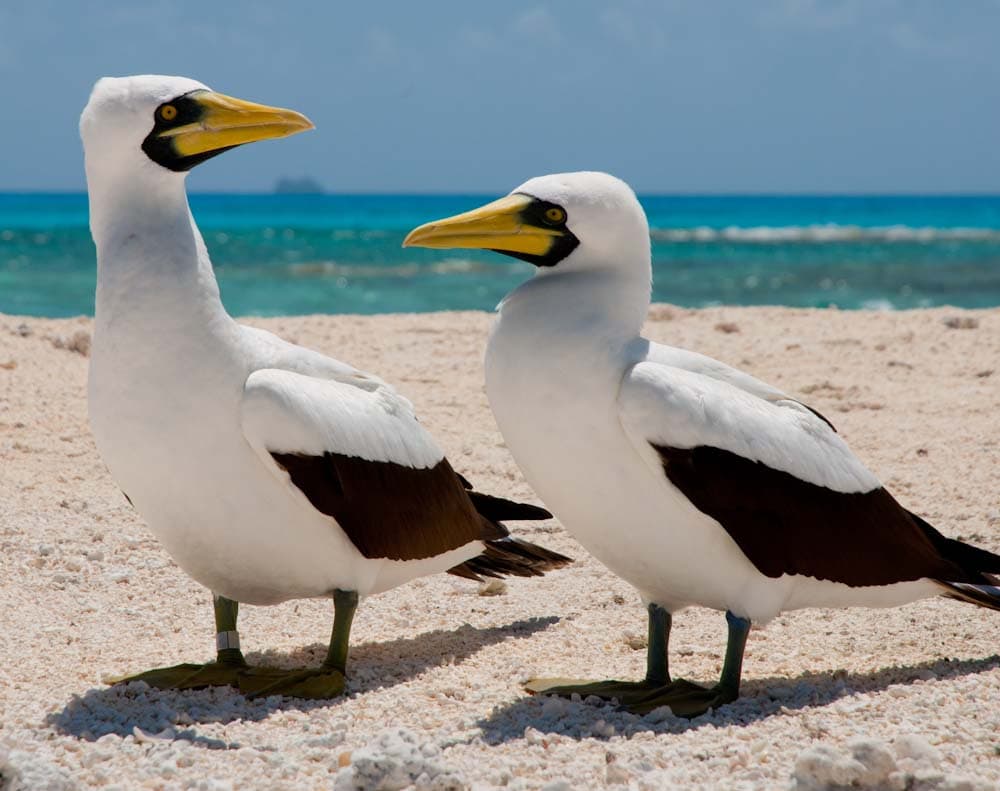 Masked Booby
This large booby is largely solitary and spends the winter at sea. During the spring, they are attracted to the warm waters of the gulf stream and occasionally end up here, though they do not breed here – perhaps for the best, as the birds lay clutches of two eggs, often with the first chick killing the second.

Characteristics: a very large bird, easily distinguishable as a booby by its wide beak, but difficult for the amateur to tell apart from other boobys. The bird is mostly white with black wingtips, a yellow beak, and large webbed feet. 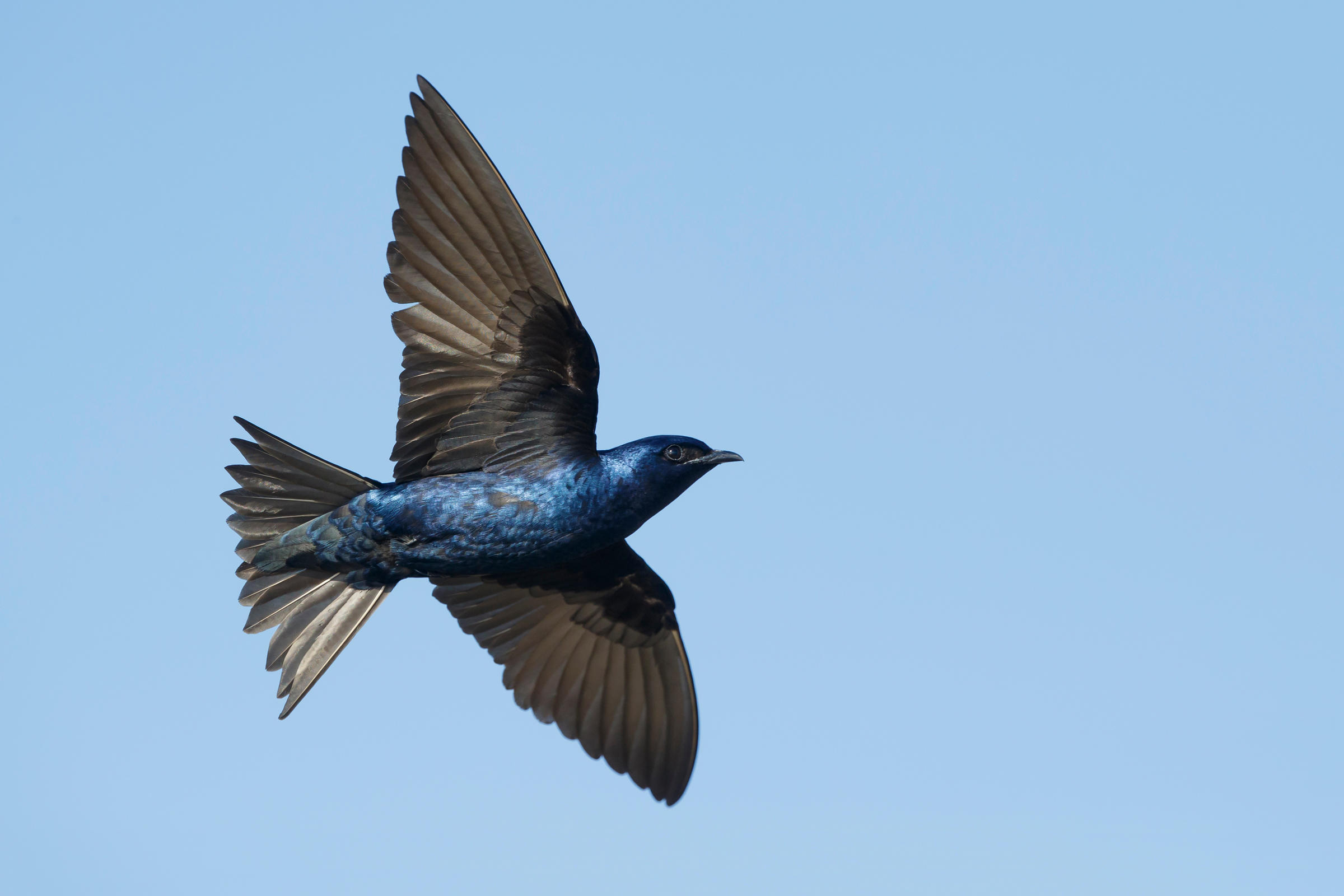 Purple Martin
Various purple martins are spotted in Bermuda every year, but at first glance may be mistaken for a starling. They are a type of swallow with very good maneuverability. Much like our Bermuda Bluebird, these birds are dependent on human-constructed nesting sites in the U.S.

Characteristics: Quite a small iridescent bird, bright indigo on top and black-brown on the bottom, with a swallow’s forked tail. They have short beaks and long tapered wings. 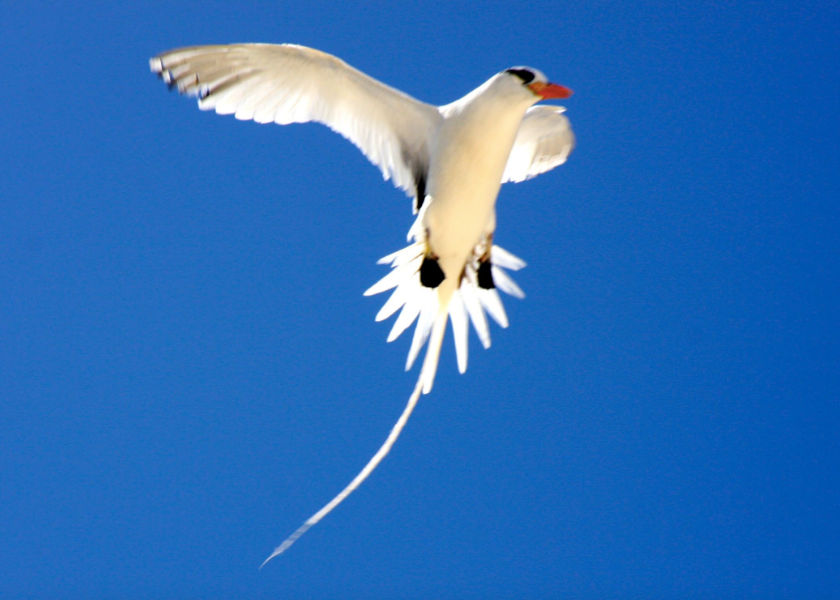 Longtail
It wouldn’t be spring without the longtail returning to our shores with their musical chittering. Indeed, many Bermudians consider the first longtail sighting to mark the start of Spring – and with good reason, since longtails search out our cliffs in warmer months for suitable nesting spots. Later this spring, looking in to any nook in the rocks may reward you with the sight of a downy longtail chick.

Characteristics: a large white bird with an orange beak, tapering to whip like tail. Black markings on greater wing coverts and primaries and under eyes.