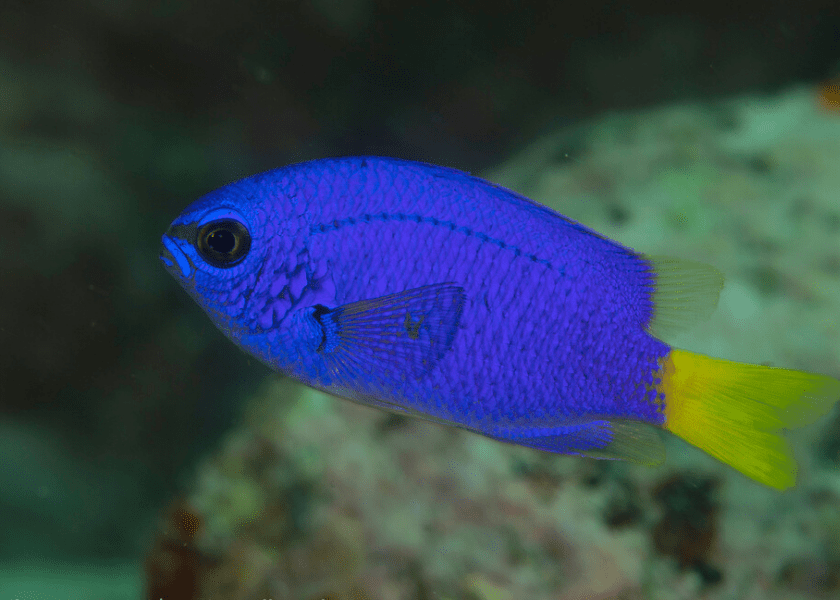 Who knew Bermuda had its own subspecies of bream? Or garfish for that matter? Here are 6 animals found here and nowhere else. 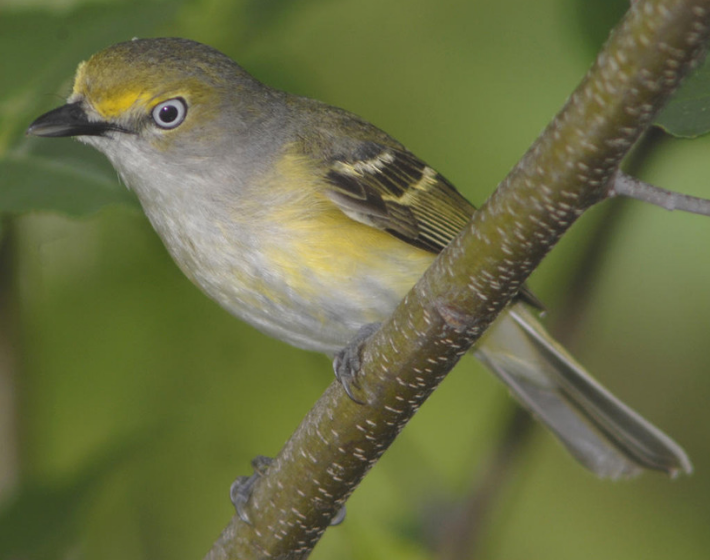 1. White-Eyed Vireo
Affectionately known as a Chick-of-the-Village in Bermuda, our white-eyed vireo is a subspecies of the North American bird. It often happens that an oceanic island will develop a subspecies of a particular animal after it sustains many years of isolation on that island alone.

The white-eyed vireo is highly adaptable, eating insects, berries, and even lizards. The Bermudian chick-of-the-village developed shorter wings, since it wasn’t migrating anymore, more drab plumage, and a different song. The song is so striking that different subspecies can be told apart by how they sound. 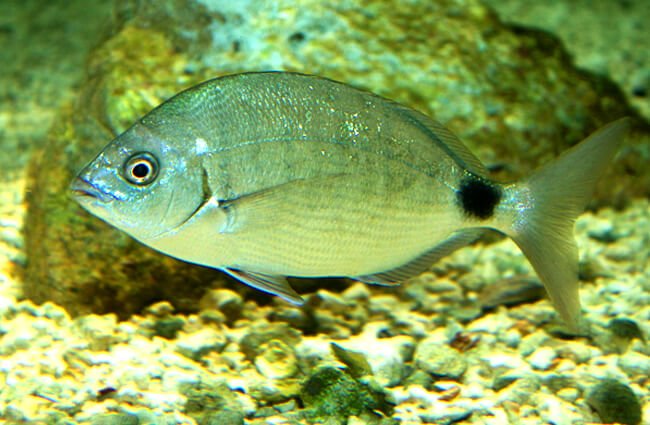 2. Bermuda Bream
This drab and tasteless fish might not excite many Bermudians, but it is our very own endemic fish species! Bream are generally looked down upon due to their indiscriminate diet, but a fishing column in the Royal Gazette reports that they will still give a good amount of white fillet.

Bream, which are a type of porgy, are found in most of the world’s oceans. However, our Bermuda bream is a distinct subspecies endemic to Bermuda. They can be found off of docks, on many reefs, and making a home within marine ponds. They only grow to 40cm and feed in the mid-water. 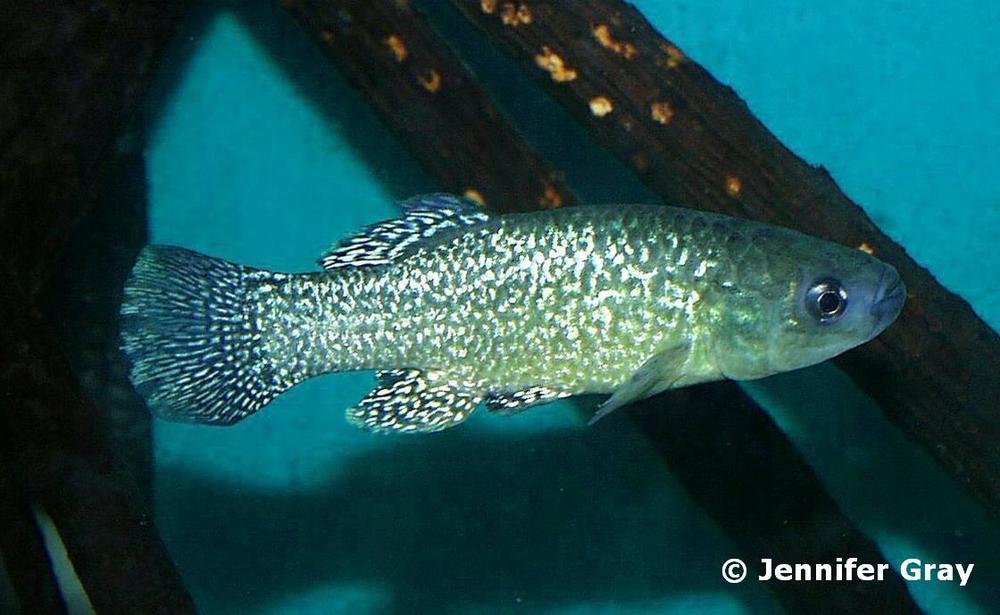 3. Bermuda Killifish
Killifish are one of our very special endemic fish. It’s likely that the eggs of their ancestors were transported into Bermuda’s freshwater ponds in mud stuck to the feet of migrating waterfowl many years ago.

Killifish can survive both in freshwater and in saltwater and can sustain very large temperature variations. They are a very important part of our wetland ecosystems, feeding on small invertebrates, plant matter, and pond sediment.

There is some evidence that each pond in Bermuda has developed a unique subspecies of killifish. The Lover’s Lake killifish looks very different in appearance than the other subspecies after years of evolution in an isolated pond ecosystem.

The Bermuda killifish is threatened by habitat loss and pollution. In 2006 they were only found in nine locations, but historically they were common in mangrove swamps, marshes, and canals. Pollution of ponds by road runoff has seen a reduction in the fertility of killifish. 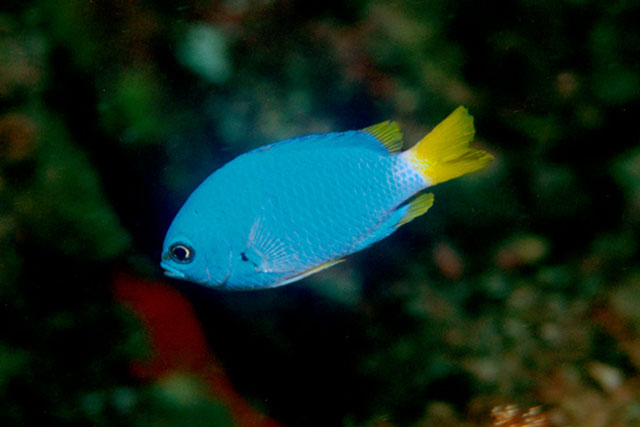 4. Yellowfin Chromis
The Yellowfin Chromis is a beautiful indigo-colored wrasse. In Bermuda, we see a variation of the fish with bright yellow fins and a deep blue body. This fish was thought to be a separate species but was then was placed into the same category as the Brazilian Chromis. Now, the yellowfin Chromis has been recognized as its own species again, unique to Bermuda.

They are usually a deep-water fish, seen between 51 and 62 meters down. It usually lives near the bottom near coralline algae, but it is not dependent on living coral for its habitat like many reef fish.

5. Collette’s Halfbeak
The collette’s halfbeak is a common inshore fish. Slender, and with a pronounced bill coming out of its lower jaw, the halfbeak is a characteristic Bermudian inhabitant. Some call them gars, or mistake them for trumpet fish or barracuda.

Halfbeaks spend their time cruising around on the surface and can form large schools. They feed on microscopic organisms floating through the water. 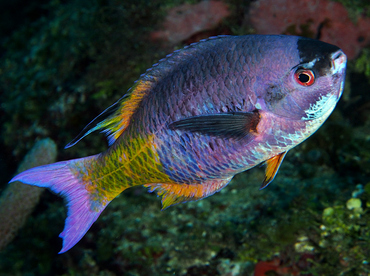 6. Creole Wrasse
This curious fish has a surprising appearance – with a large eye and comparatively small upturned mouth. Recent research points towards the creole wrasse we see here as being distinct from similar Caribbean species.