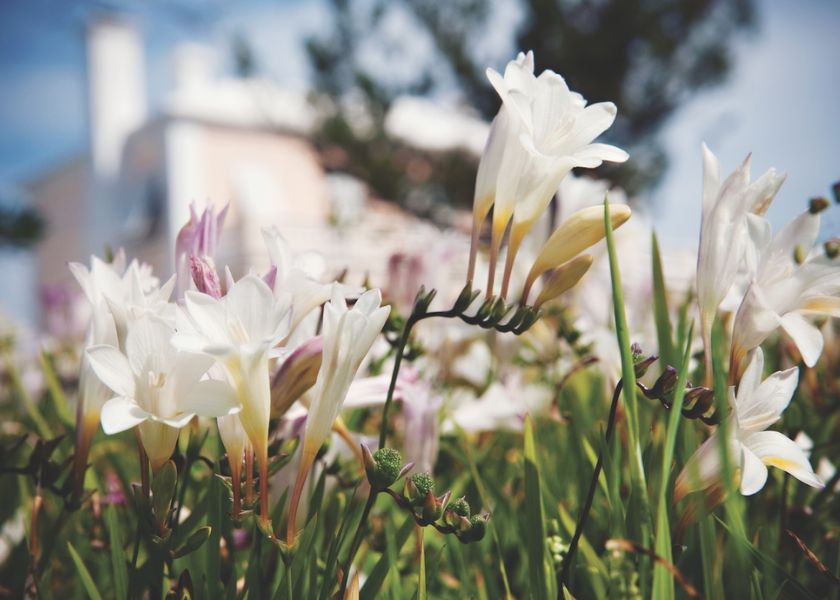 7 Things You Should Know About Bermuda’s Natural History

How much do you know about Bermuda’s natural history?

1. We Used to have a Land Tortoise, Just Like the Galapagos
Hesperotestudo bermudae was recorded in the Bermudian fossil record in the Pleistocene era. Recent research papers say that this is the fifth record of a member of this family of tortoise dispersing to a remote oceanic island. Once it reached Bermuda it evolved to become endemic. To read the paper and see a picture of the skeleton, visit this page.

The colonisation of Bermuda by a land tortoise has led scientists to believe that this kind of tortoise was well suited to ocean-crossing voyages in order to colonise islands. They can float very well, and can survive inside their shells for a long time.

The skeleton of the specimen was found with its legs tucked into its body, perhaps buried quickly by a sand dune. It’s possible that the species became extinct because of habitat loss from rising sea levels.

2. Bay Grape is Native, but a Very Recent Addition
The bay grape is a beautiful, circular leaved tree, and classic in an representation of Bermuda’s coastline.

Early settlers mentioned bay grape in their records of the island. However, pollen studies of the bay grape have revealed it probably only reached the island about 800 years ago, just 400 years before Bermuda’s colonisation.

3. Green Turtles Used to Nest Here
In 1610 in one of the first accounts of Bermuda’s natural landscape, it was noted that green turtles laid hundreds of eggs on our shores. In the early 1800s, Bermuda’s nesting turtle populations were completely wiped out due to human consumption. Today, we see a great number of intermediary stage turtles, which visit our waters after beginning their lives in the Sargasso Sea. All these turtles breed elsewhere.

In the 1960’s and 70’s the Sea Turtle Conservancy attempted to re-establish a nesting population of green turtles by importing 25,000 eggs from a Costa Rican nesting beach. Though 16,000 of these eggs hatched, no adult turtles returned to the island, and it seems unlikely that they will.

Recently it was proposed that none of the turtles returned because they were all male – the temperature of the sand in which turtle eggs are laid determines their sex, and Bermuda’s cooler temperatures caused an all-male cohort.

4. Bermuda had no Native Amphibians
Bermuda was not colonised by any amphibians. This is likely because we were a recently formed oceanic island. No amphibian would have been able to survive the journey by sea to colonise Bermuda because of their permeable skin.

The only way they would have been able to colonise would have been if they were stuck in the mud on the bottom of birds’ feet. In addition, the island habitat was not always stable – sea levels rose during the natural history of Bermuda, and would have obliterated any fresh water habitats able to develop, meaning that amphibians may have found it difficult to survive and breed, even if they made it here.

The introduction of the marine toad to Bermuda is an example of successful biological control. The toads helped to control insect pests on island, but did not displace any native species, likely because they occupied a niche in the ecosystem where no other native animal belonged.

5. The Nonsuch Project is a Living Museum
When we think of museums, we think of artefacts painstakingly kept and maintained in a stuffy room. In reality, museums can have a much wider definition – and Nonsuch Island is an example of a living natural history museum. It is the result of many years of work by naturalist David Wingate to restore a smaller Bermuda islet to pre-colonial forest. Nonsuch is home only to native Bermudian animals and plants.

The creation of pre-colonial habitat like this was what enabled the recently rediscovered Cahow to thrive under Wingate’s conservation program. The birds were extremely vulnerable to rats, cats and dogs, so they needed an island all their own in order to survive.

6. Cahows Prevented the Colony in Virginia from Starving
The Bermuda Cahow was thought to be extinct for many years. Early colonists found the ground-nesting bird easy to capture, and ate a great number of them. The Sea Venture that wrecked on Bermuda was destined for a colony in Virginia. They knew the colonists were starving, and so they had to work quickly to make a boat to continue their voyage. They loaded the boat with lots of Cahows to eat, and their bones have been found in archaeological digs at the site of the U.S. colony.

7. Palmettos and Cedars were Used to Make Alcohol
Cedar berries were used by Bermudians to make cedar wine. The berries are highly edible, and easily picked in great numbers when available. Juniper berries are also used to flavour gin in present day distilleries.

Locals used to tap the sap of the Bermuda Palmetto to make a drink called “bibby.” They are still sometimes known as bibby-trees. The sap was sweet and full of sugar, and it was a good candidate for fermentation into alcohol.