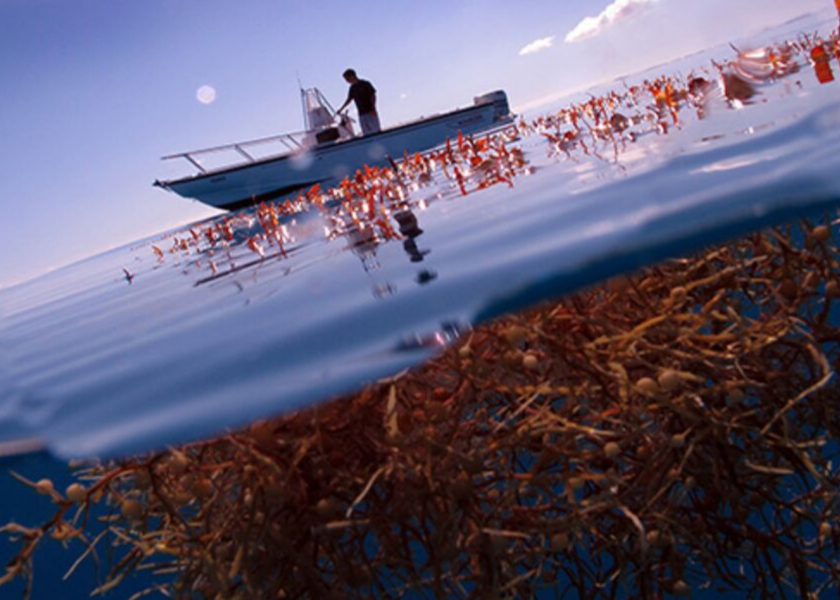 Hold ya nose! This one’s a doozy!

1. Road Toad
Unfortunately, toads have become frequent casualties on Bermuda’s roads, much like land crabs used to be in their huge numbers. And when they get squashed and bake on the roads… yuck!

2. Seaweed Covered Beaches
Sargassum is invaluable for the structural integrity of our islands, holding beach dunes together and strengthening the coastline but it gives off a stinky pong when it’s left to rot and turn crunchy and black on our shores.

3. Warwick Pond
In the summer especially, the noses of motorists will be assaulted by an alarming scent wafting from Warwick Pond. Bermuda’s wetlands are invaluable habitats, containing many endemic species and supporting a host of migratory water birds.

It’s natural for ponds to have periods smelling like sulphur – in warmer months with little rain and lots of hot sun, the micro-organisms in ponds reproduce in great numbers. More organisms are taking in oxygen in the pond, but less is being produced, so the organisms use a different form of respiration, which causes the sulphur smell.

4. Rum
Ah, Goslings rum, with that molasses and toffee slightly sweet smell. The morning after a night out, it might make you gag a little, but rum really is a staple Bermudian smell.

5. Surinam Cherries Ripening
Fruit of the Surinam cherry appears from April to early June. They begin as pale green, and ripen into red globes. The tree was imported as a garden ornamental plant because of its edible fruit, and Bermudians today still enjoy the Surinam cherries. However, when they don’t get picked, they drop off the tree and melt on the ground. If they drop on to concrete, the pavement becomes stained with the cherries’ red flesh, and kicking up a resin-like, fruity smell.

6. Citronella Candles in the Summer
Is this a good smell or a bad smell? It’s good because mosquitoes might dislike it, and so it keeps them away from you! But whether anyone would use this as a perfume is doubtful.

The citronella scent sold as part of many bug sprays, candles and tiki torches comes from a herb similar to yucca. If you keep the plants in your garden, they also give off the scent.

However, further scientific research has revealed that the scent does very little to keep mosquitoes away. Better options would be to wear clothes that cover more skin, and to remove stagnant water from your garden.

7. Freesias in the Springtime
Freesias start to pop up at around the same time as longtails do – flowering in February and staying until late March and beyond. The flowers usually grow well on the lawn, among tufts of grass. And that fragrance! Freesias must be one of the best smells in Bermuda, and not too sweet so as to be sickly. It is rumoured that John Lennon named his last album Double Fantasy, which he wrote while in Bermuda, after a double fantasy freesia flower.

8. Freshly Baked Banana Bread
Banana bread with Bermuda bananas is an unparalleled taste. Baking, the delicious scents of bananas and brown sugar effervesce into the air. Check out our fantastic banana recipes and make your home smell more like banana bread!