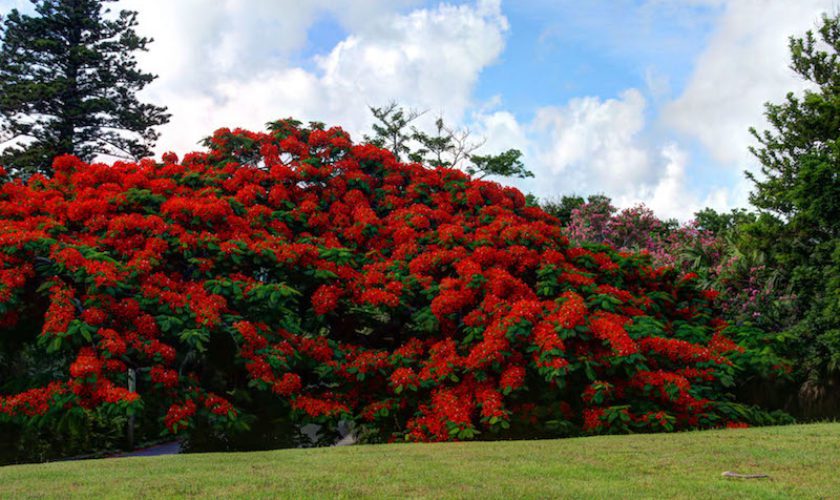 Travelling around beautiful Bermuda in the summer months is made all the more stunning by the flowering of our royal poinciana trees. In full bloom in June and July, the sight of these trees ablaze in red can be breathtaking. It’s no wonder the poinciana is also called flame tree or flamboyant.

The species was previously placed in the genus Poinciana, named for Phillippe de Longvilliers de Poincy, the seventeenth-century governor of Saint Kitts, which is why, we suppose, it’s that island’s national tree.

According to Kew Garden’s website, the genus name, Delonix regia, is derived from the Greek words delos (meaning ‘conspicuous’), and onyx, meaning ‘claw’, referring to the appearance of the spectacular flowers.

Here are several of our favourite images of poincianas in bloom, taken by our loyal readers. 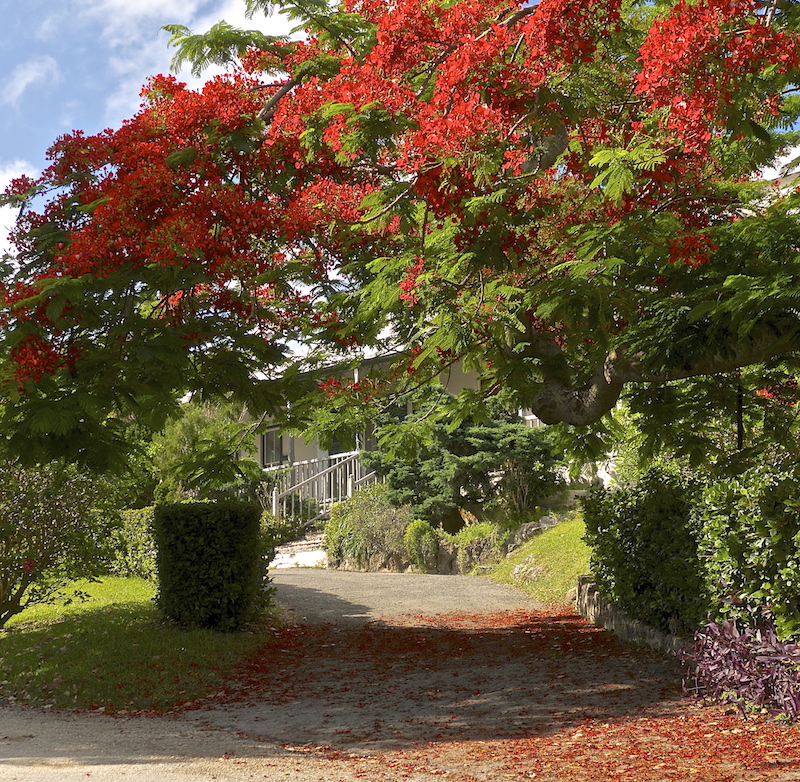