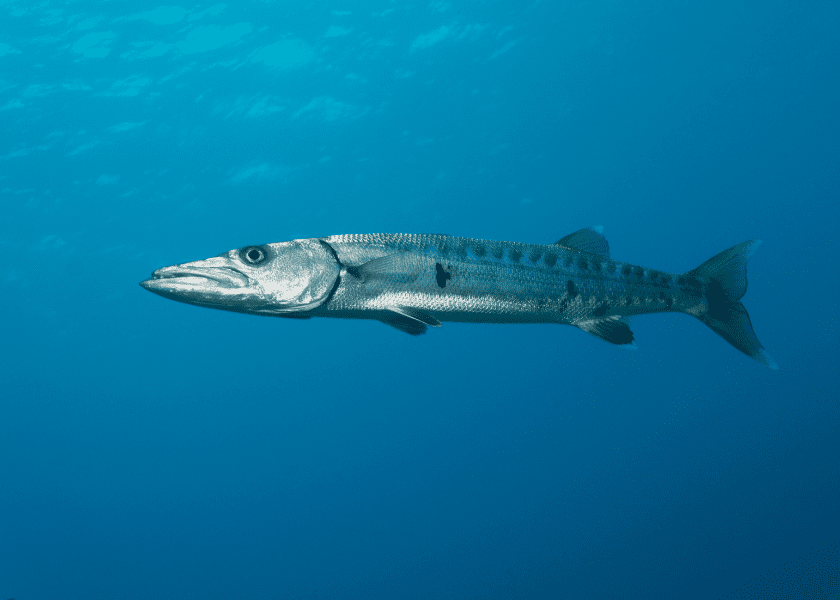 1. There are more than 20 different species of barracuda that range in size from less than 50cm to nearly 2 meters in length. Regardless of the species, all barracuda have a similar elongated appearance, with a pointed head and powerful jaws, containing rows of sharp fang-like teeth used for eating larger prey.

3. Shiny objects attract the barracuda’s attention. Because of that, they usually hunt fish with golden or silver scales. Divers and snorkelers therefore might be wise to avoid wearing jewellery while in the water.

4. While we are cautious and sometimes fearful of barracudas, we actually pose much more of a threat to them than they do us. In addition to habitat destruction, climate change and pollution, barracudas are also vulnerable to trophy fishing.

5. Barracudas can swim at 25 miles per hour which is useful both for hunting and for escaping from predators such as killer whales and sharks.

6. Generally, adult barracudas are considered to be solitary when it comes to hunting, though young barracudas tend to gather in large schools, sometimes in hundreds or even thousands. Schooling offers the young fish protection from predators on the basis of safety in numbers.

7. Often, when a predator attacks a school, the school will form a confusing ‘tornado’, preventing any one barracuda being fixed upon as prey in the eyes of the predator.