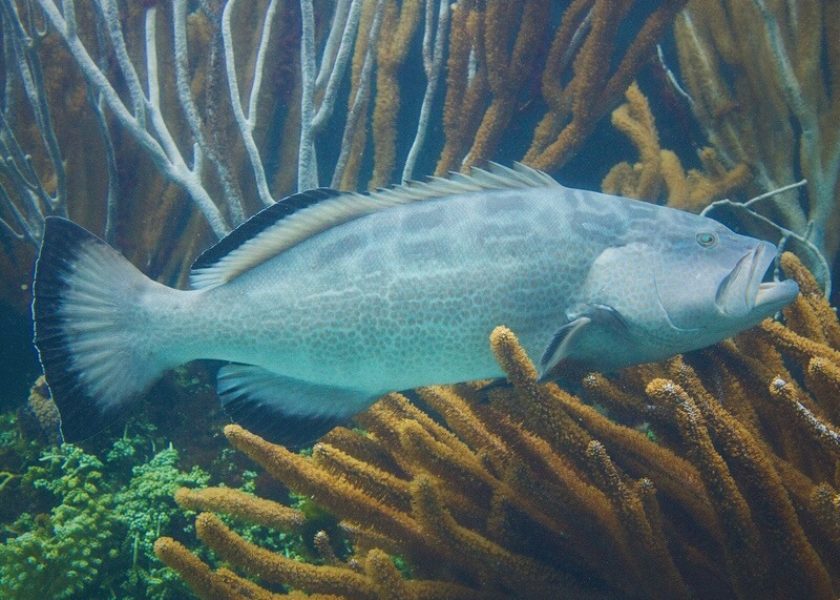 Black groupers, commonly known as rockfish, are highly sought after, not simply because they taste good but also because their numbers have declined so significantly in recent years that they’re just not as easy to come by. Here in Bermuda, it is illegal to catch more than one rockfish per boat per day, which undoubtedly helps protect the species from overfishing but illegal fishing has certainly impacted the black grouper.

Locally, the numbers of rockfish caught and not released “have increased dramatically over the past 12 years”, according to the Department of Environmental Protection. In fact, in the last 40 years, over 1 million pounds of rockfish has been caught in Bermuda waters. Unfortunately, although numbers of rockfish have declined in recent decades, the demand for pan-fried rockfish in restaurants has not. Keeping up with demand means that rockfish are highly sought after and large rockfish fetch a heavy price at market.

2. Black grouper are solitary fish until spawning season, May through August where they aggregate and spawn in huge numbers. Eggs are fertilized externally, and float with the currents.

3. Black groupers are protogynous hermaphrodite, meaning they begin life as a female and some change into males as they grow – usually between two and four feet in length or 11 and 14 years old.

4. Black grouper have large, powerful jaws that they use to ambush their prey.
They do not have teeth, and instead use their mouth and gills to suck up their prey and teeth plates inside their throat that prevent prey from escaping after being swallowed. Adults feed mainly on other fish and squid, though the younger fish feed on crustaceans, especially shrimp.

5. Sharks prey upon large black grouper, while other grouper and moray eels prey upon smaller ones.