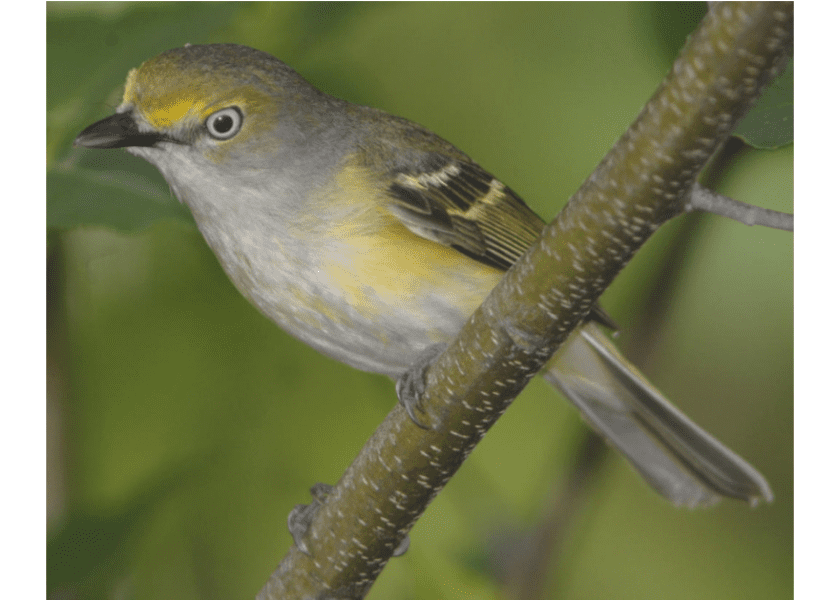 2. The Chick-of-the-Village may be hard to spot due to its size at only 4.5 inches, but if you listen closely, you may be able to hear it’s joyous song. This songbird is named after its unique and cheery tune.

3. They can be found in suspended nests in trees in parks, gardens and dense woodland areas. Due to urbanization, some of their habitats have been threatened and destroyed. But thankfully, most have found home in our woodland and nature reserves: head over to Spittal Pond or Paget’s Marsh to find this melodic creature.

5. Their diet is primarily comprised of insects. However, they are known to also eat berries and small lizards (if needed!).

6. These native birds can be found year round on the island. The Chick-of-the-Village usually nests in May and lays 2-3 eggs (unlike their North American relative that lays 4-5). Their eggs are white with tiny black specks.