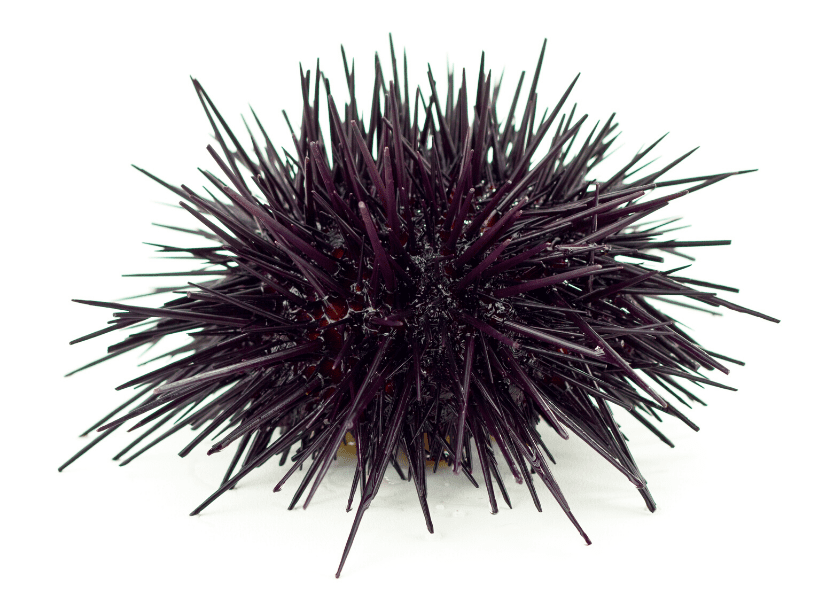 Sea Urchins are easily spotted in the shallow waters throughout Bermuda. They are especially abundant in Hamilton Harbour and Harrington Sound.

1. Sea urchins move slowly with their tube feet, translucent appendages that they can retract into their tests (shells).

2. They feed on algae as well as small sessile animals. In Bermuda, their only predators are starfish and triggerfish.

3. Sand dollars are a type of irregular sea urchin. Like the purple sea urchin, they also have an exoskeleton, which can be collected when the animal dies and the skeleton dries and becomes brittle. However, if the animal is still alive it should not be removed from the beach.

4. Sea urchins can pose a danger to humans, as they are easily stepped on in shallow waters. Luckily, Bermuda’s clear waters often allow you to see where you are stepping underwater.

5. Sea urchins cover themselves with debris from the sea floor as a protection against UV rays. They hold shells, wood, leaves, and other items with their tube feet on top of themselves as improvised sun protection.

6. The gonads of male and female sea urchins are culinary delicacies in many parts of the world, eaten raw, or incorporated into sauces and soups.

7. Purple sea urchins are virtually immortal. They live for many years, and show no signs of aging, retaining their ability to reproduce and showing no decline in cellular processes throughout their lives, which has lead many scientists to study them in order to better understand the aging process.

8. Because purple sea urchins are relatively closely related to humans, they are frequently used in biochemical research. Sea urchins have been used to identify a sequence that returns cells to a stem-cell-like state, which is important for the treatment of Alzheimer’s.