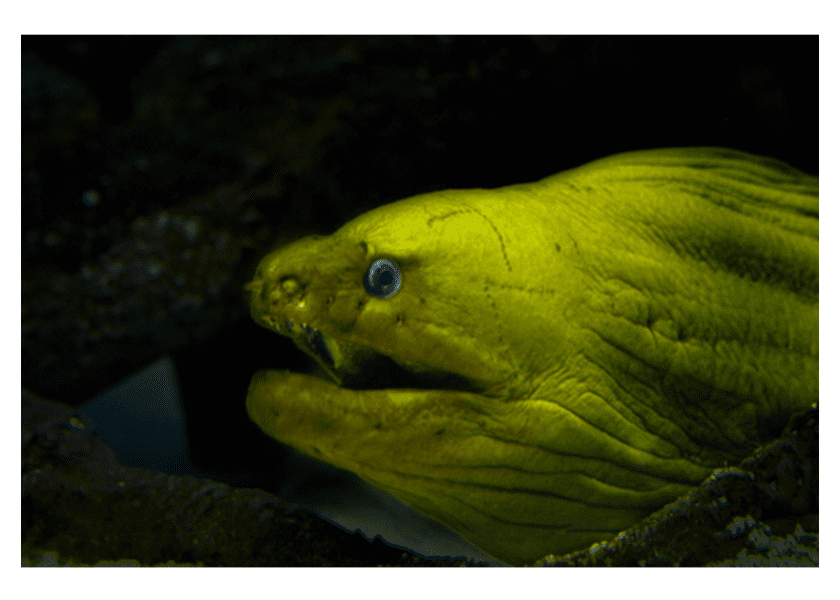 The green moray eel (Gymnothorax funebris) is found in the western Atlantic from New Jersey, Bermuda, and the northern Gulf of Mexico to Brazil, at depths down to 40 m. Here are 8 other facts about green moray eels you probably don’t already know.

1. Somewhat hard to believe, the green moray is actually brown! The yellow tint of the mucus that covers its body gives the fish its namesake green color.

2. The moray’s muscular, scaleless body is laterally compressed (flattened side to side).

5. Green morays are sedentary predators with strong teeth. Rather than hunting for food, they wait until food comes to them.

6. Part of their vicious reputation may come from the fact that they habitually open and close their mouths, which shows off their sharp teeth. Although this behavior may appear threatening, the eel is actually taking in water to breathe. The water passes over the gills and exits through vent-like openings at the back of the head.

8. This species is one of the largest morays, with a maximum recorded size of 8 feet and 65 pounds.