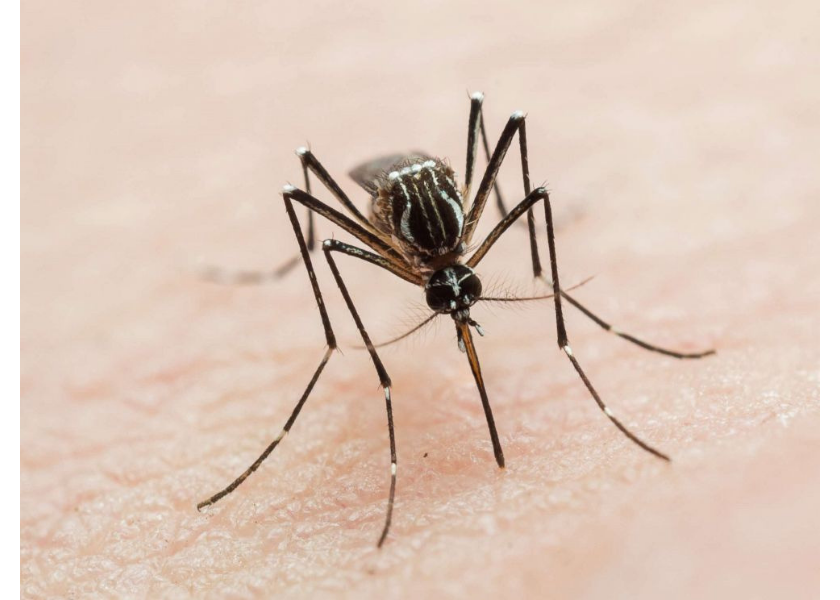 It’s summer, and that means mosquitoes are out in droves. There are over 3,500 different species of mosquito, six of which have been recorded in Bermuda. The Asian tiger mosquito is a known carrier of chikungunya disease, while the yellow fever mosquito can spread dengue fever, chikungunya and zika, though this mosquito has not been recorded in several years and is not believed to be present on island at this time. Read on to find out more about the ecology of mosquitoes, and how to protect yourself from bites.

1. Mosquitoes must first bite a person carrying a disease in order to spread it to others. So even if the island supports mosquitoes capable of carrying fatal diseases, individuals would not be at risk if no human cases were recorded on-island. In 2015, chikungunya was believed to be circulating locally in Bermuda, via transmission by the asian tiger mosquito. However, a travel warning by the CDC for visitors to Bermuda has subsequently been removed.

2. Though mosquitoes kill more humans than any other animal due to the diseases they spread, their population in Bermuda is very well controlled. Though you still might get an itchy bite from a mosquito if you’re attending a summer barbecue, it’s very unlikely you will get a disease from the insect in Bermuda.

3. It is a common misconception that mosquitoes “bite,” but it’s been used so often that scientists have adopted the term – instead mosquitoes use a minute proboscis to pierce the skin. They feed on the blood of vertebrate hosts, including humans but also including other mammals, birds, reptiles, and amphibians.

4. It is mosquito saliva that causes their bite to swell up and become itchy. In order to be able to extract blood, the saliva of mosquitoes effectively stops the host’s blood from clotting at the bite site.

6. Vector control also attempts to raise awareness about mosquito breeding prevention, sometimes going door-to-door reminding homeowners to check for and empty any containers that could hold water on a weekly basis.

7. In addition, Bermuda has two species of fish which feed on mosquito eggs and larvae, the mosquito fish and the killifish. By keeping healthy populations of these fish in our ponds, mosquito populations can remain at manageable levels in areas where human vector control workers cannot reach.

9. Though mosquito numbers are under control for the most part, that doesn’t mean they wont cause trouble during evening outdoor activities. DEET-containing sprays can repel mosquitoes, and citronella candles can be placed outside, or citronella wristbands can be worn, which the mosquitoes don’t like. You can also keep insect creams on hand to stop the itching from a bite.