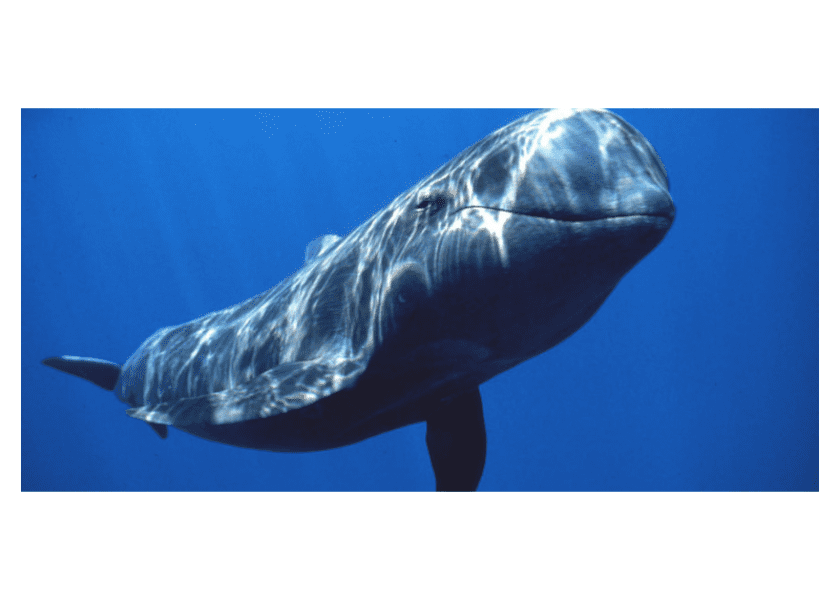 With the news of a deceased baby pilot whale having been found at Devonshire Dock in the last week, we set to discover more about the pilot whale species. Here are 5facts about pilot whales we’re betting you don’t already know.

1. Pilot whales are dark black in color most of the time but sometimes dark gray too. There are two species of pilot whales though they are often hard to tell them apart, thus they generally get lumped into one species.  Large in size, male pilot whales can grow up to 25-feet long and weigh as much as 3-tonnes, with females growing up to 16-feet in length and 1.5-tonnes.

2. You may not have known that pilot whales live in Bermuda’s waters probably because they aren’t seen as often due to the fact that they tend to stick to deeper waters. Praised for their high level of intelligence, pilot whales are very social creatures and live in groups of more than 100.

3. The pilot whale enjoys a diet of squid, octopus, herring, and various small fish. They eat about 70 pounds of food each day, which is not much considering their large size. Pilot whales work together to hunt and use a high pitched whistle to communicate with one another.

4. Considered to be the most widely distributed whale in the world, pilot whales enjoy both the tropics and colder climates. The shorter-finned variety tend to reside in warmer waters while the longer-finned pilot whales stick to colder temperatures though the two sometimes cross paths during migration.

5. Calves emerge about 4.7 feet long and weighing just over 135 pounds. They will receive milk from their mothers for almost two years but some have been observed still nursing at 10 years.