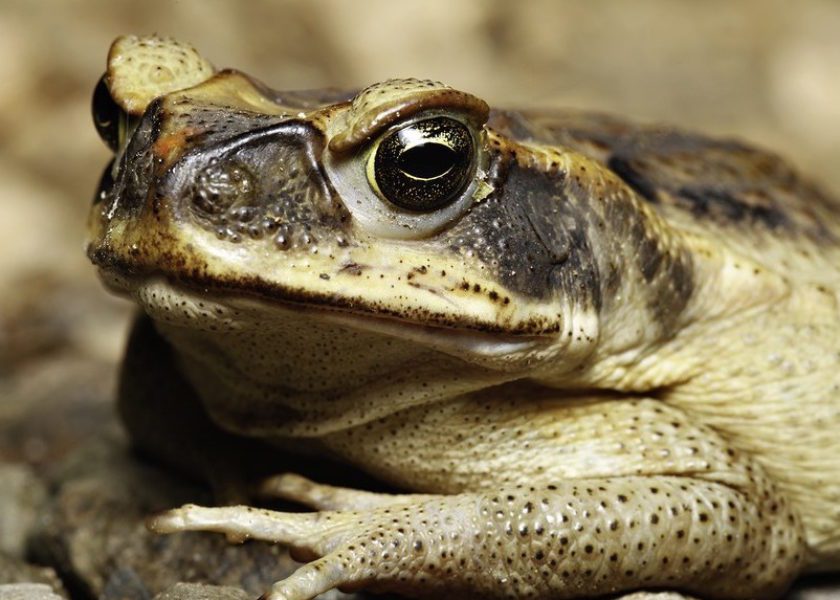 The toad (Bufo marinus) is a characteristic Bermudian species, often lit up at night by you car’s headlights. These amphibians lumber along slowly with grumpy countenance, but despite their strange appearance they can be helpful to have in the garden.

1. The toads in Bermuda today are all descendants of the 24 toads Captain Nathaniel Vesey brought to Bermuda from Guyana at the end of the 1800s. His intention was to use them to control undesirable garden insects, and the toads happily obliged.

2. Toads have been naturalised in Bermuda, which means they are not native to the island, but after introduction they have fit in well with the Bermudian ecosystem. There were no native amphibians in Bermuda, and toads filled a niche without getting out of control, as well as acting as an additional pest control method for large insects like cockroaches and centipedes. Other examples of naturalised species on island include pittosporum and the yellow crowned night heron.

3. These toads are marine toads, able to survive and breed in brackish water. Bermuda has no true freshwater ponds, and so the establishment of amphibians was difficult. As toads generally must keep their skin moist in order to respire, salt is not desirable, however, the marine toad is unique in this aspect.

4. Toads beat the heat by hiding under dense vegetation, or burying themselves in soil. They only venture out in cool and humid weather, so the most common time to see them is on summer evenings.

5. Females grow larger than males, and lay strings of eggs in ponds that hatch into tadpoles. Unfortunately, many of Bermuda’s ponds are becoming too heavily laden with toxins for toads to safely reproduce, and in recent years many are subject to growth deformities.

6. Recent research has found that toads are possibly a hassle to nesting moorhens. These birds, which are also common in the UK, were prevalent before Bermuda was colonised, but their numbers are dwindling due to habitat loss. As toads congregate around ponds too, they may compete for space, or interfere with the birds’ breeding activities.

7. Toads are able to secrete a toxin from behind their eyes as a defence against predation. This toxin is very harmful to dogs and possibly fatal, but toads are no threat to humans.